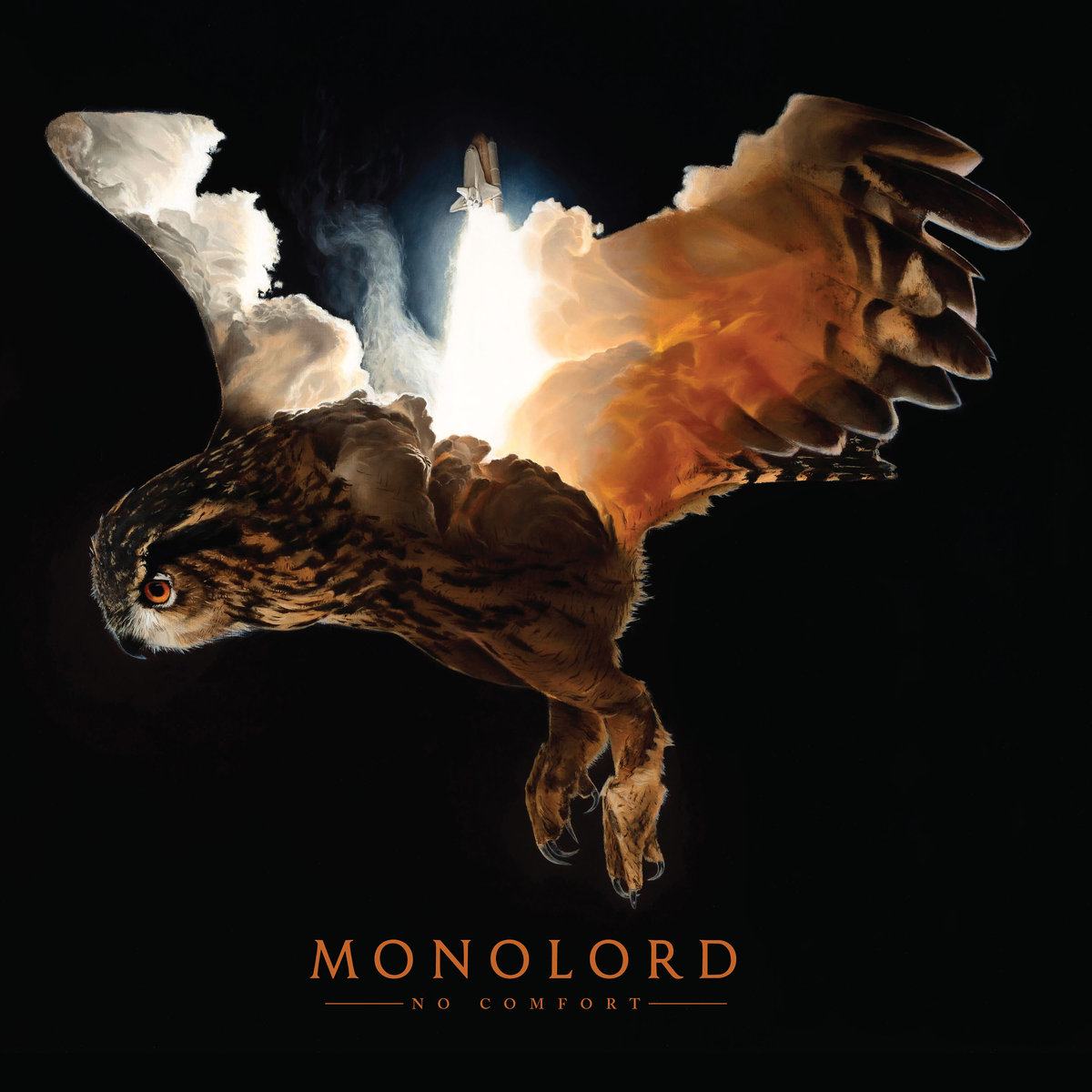 Sludge-metal behemoths, Monolord have concocted another heaving mass of doom-laden rock for their fourth LP ‘No Comfort’ and their first on Relapse Records. The Swedish trio’s latest effort is a dirty, down-tuned slog through six tracks that almost push the 50-minute mark. It’s not uncommon for songs to go way beyond 7 minutes and in some cases 10-11 minutes, with a tempo that never breaks a sweat, the album barely gets out of second gear. Whilst pace is very much at a premium, heaviness and volume are not – ‘No Comfort’ is devastatingly loud, as it packs a mighty wallop in the ground-quaking sonics department.

‘No Comfort’ merges the lumbering drawl of sludge-metal with stoner rock and the slightest twist of psyche; there’s no doubting the record’s slow, hypnotic personality. With sonics that are more dirge like than anything else, this release is for music lovers that like their rock slowed down to a crawl and unspeakably fuzzy. If you’ve got a penchant for marathon long songs that appear to go nowhere, then this LP is for you. Akin to wading through mud with a 50kg rucksack weighing you down, Monolord’s aural load is a heavy weight to bear. When you throw in Thomas V Jäger’s withdrawn, Ozzy Osbourne-esque vocal style, it just compounds the elongated, arduous listening experience. The majority of the album is centred around punishingly slow riffs, trudging bass and plodding drums but there’s a handful of diversions from the path. ‘Alone Together Forever’ finds the record straying closer to prog-rock, with a Pink Floyd-like motif, while a clutch of tracks combine anthemic rock and psychedelic tendencies with the omnipresent stoner-rock Monolord champion.

The Gothenburg outfit appear to be masters of their craft but unless you’re a card carrying, horn throwing worshipper at the altar of sludge-stoner-psyche-rock, ‘No Comfort’ will be tedious and laborious endeavour.