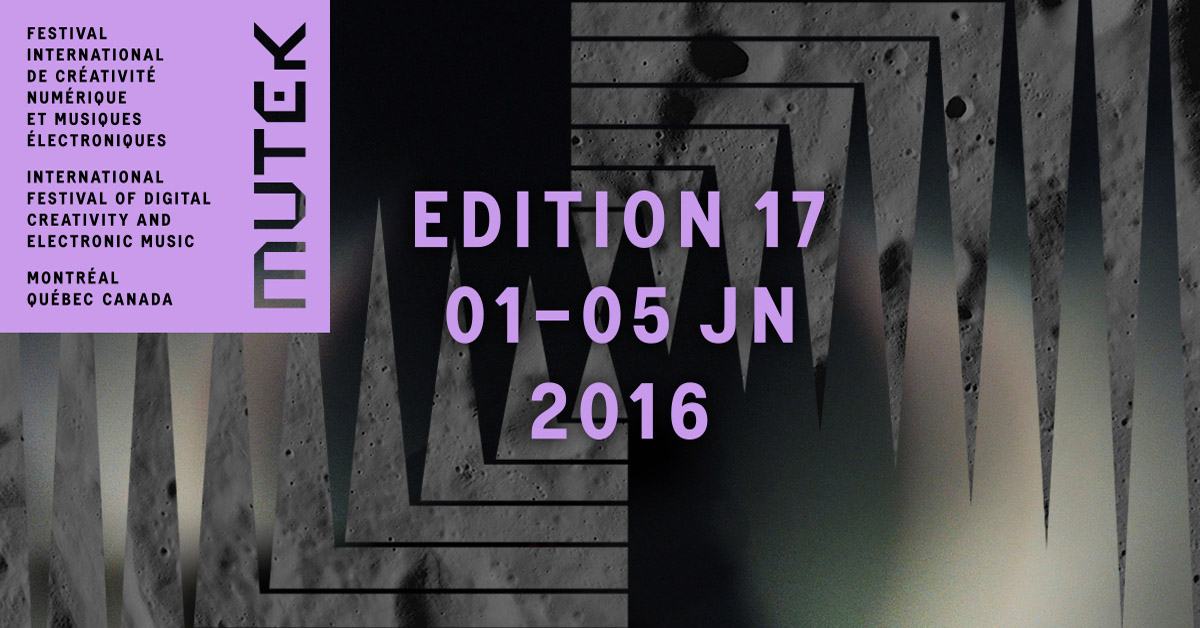 As spring arrives in Montréal, MUTEK announces its second wave of handpicked artists for its 17th edition, held Wednesday, June 1 to Sunday, June 5 indoors and outdoors at the Quartier des spectacles and the Musée d’art contemporain de Montréal (MAC). Inventive new live sets, premiers of immersive audiovisual performances and challenges to artistic, musical and technological boundaries are all unveiled during this year’s festival, from international techno masters to emerging Canadian artists with burgeoning international reputations.

Get familiar with the artists of our second wave with this sampler mix:

Along with the festival’s established collaborations with Red Bull Music Academy, MUTEK further taps into its global network to present exclusive North American performances in collaboration with the European SHAPE project, supported by the Creative Europe program of the European Union. Every year, the 16 members ofSHAPE (Sound, Heterogeneous Art and Performance in Europe) curate an amazing array of artists who represent the forward edge of audiovisual, sound and contemporary electronic music. This programming at MUTEK opens a window directly onto the current European experimental and avant garde electronic scenes, from London to Bucharest. For the very first and only time, no less than 10 must-see artists will come to Montréal via SHAPE’s curatorial platform, which includes high-profile, boundary-pushing European festivals like Krakow’s Unsound and Berlin’s CTM.

MUTEK also shines a spotlight on Mexican artists who have recently performed at MUTEK.MX: prolific and diverse producer SIETE CATORCE incorporates Andean mountain music into his hypnotizing rhythms; the Chilango duo of producers Alfredo Ramírez and Alan Aguilar make melodic, cinematic, glitchy ambient as AND THE END OF EVERYTHING; and densely textured underground techno from WHITE VISITATION.

All NOCTURNE MUTEK events will be presented in the festival’s main room at the MAC and in the downstairs BWR room from Wednesday to Sunday.