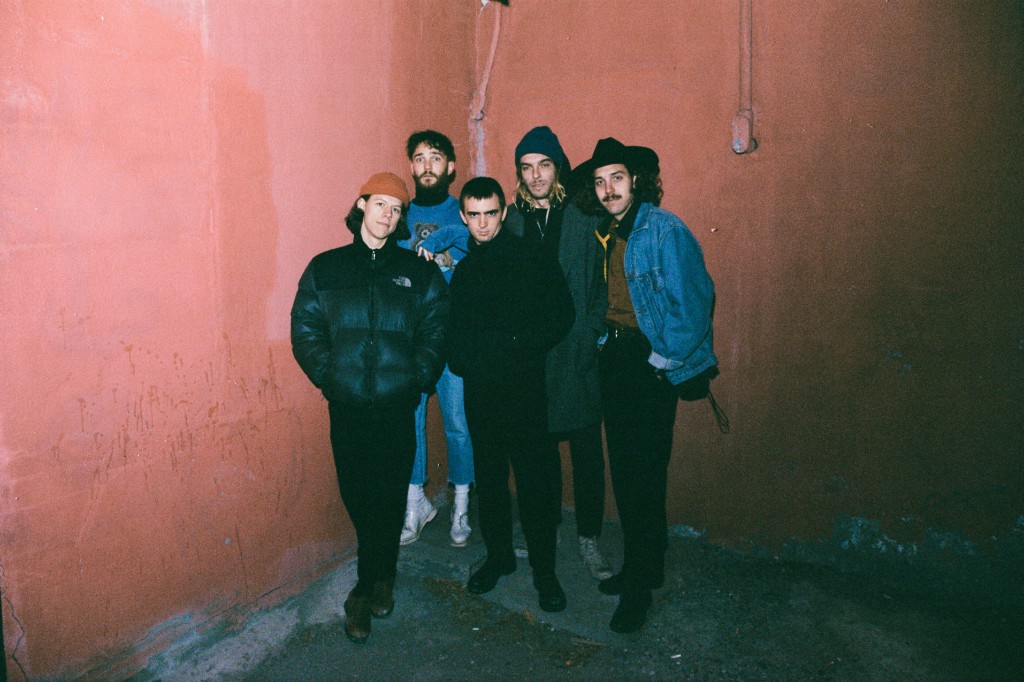 After years of honing their music and playing through different projects, Pottery are seeing the fruits of their hard work in Montreal. Through their eclectic mix of vintage psychedelic rock and the nerdy tones of bands like Devo, they’ve carved out a rich niche in the Canadian music scene. We caught up with Pottery to talk about playing with Parquet Courts and how their new song “Hank Williams” came to be.

Northern Transmissions: How did Pottery start playing together?

Jacob Shepansky: Austin and I met the day Austin moved to Montreal and almost immediately we just started writing songs together. It eventually grew to the point where we had a few songs lined up, so we got our good friends Peter Baylis (keyboards) and Paul Jacobs (drums) to join. Pottery wuz burn.

Peter Baylis: We all already played with Paul for his solo stuff so was an easy transfer to start playing together in Pottery.

Paul Jacobs: Austin joined a project of mine and told me him and a friend had a band starting and needed drums. I’d been wanting to drum in a band again for years and when I saw his friend was my old pal Jacob Shortpantski I was DOWN

NT: With the other projects some of you are involved in, how does Pottery differ?

Austin Boylan: Pottery differs a lot for me.  I’d say its the one project I’m in where I have creative control, other than solo stuff.

PB: It differs with the approach to the music we make.

PJ: Pottery is great because it’s just us five in a room trying to make music that gets us excited, bouncing ideas around like a high school science project.

NT: On this note how do you all find the varying roles you get to explore in these different groups?

JS: It’s just fun.  We all are growing as musicians together and having different roles gives you a little more of a focus on what you want.  It gives you more of a perception of how certain songs are written and how to write something that is somewhat unique.

PB: The roles just sort of fill themselves in in some way. I love the process of creation we have together as a group of friends.

PJ: I think we all love the instrument we play so besides the group we’re also challenging ourselves as individuals.

NT: How did thinking about Hank Williams tripping out inspire your first single?

JS: It actually came from a friend. We had the instrumental of the song finished, so we played it to our friend Laura Bardsley, and she immediately was like “this sounds like if Hank Williams did speed!”. We weren’t trying to write a song about a country singer on drugs, it just fell into place. I also love long descriptive chorus’s like that.

NT: Given how quickly your music can change from dance to psych to aggressive punk, what’s the guiding force in your writing?

JS: I wouldn’t say anything in particular actually.  I like it that way. Austin and I (when writing songs) have never really sat down and been like “Ok this one is gonna be like this and then do this!”.  One of us will just come up with a little lead or something, then we’ll just toy around with that and add different parts that we come up with in the moment.  Then we’ll take what we have to the rest of the band and the song will change at that point as everyone has their own opinions and ideas. If at that point we like what we have, we’ll keep it.  If not, we don’t play it again.

PB: I don’t think anything is really guiding us. Sometimes we all just look at each other and internally know what needs to come.

PJ: I’ve only drummed in hardcore bands before this, but was a big fan of the Modest Mouse drummer, if that explains anything coming from my part.

AB: Ya I wouldn’t say there is a guiding force. I like to think were a pretty versatile band. If we decide to write a country song, we will. If we decide to do trap in the future…. We might not haha. But all in all, there’s no specific reason we write songs. We’re all pretty different in our ideologies and music taste so it boils up a pretty “all over the map“ mixing pot.

NT: On this note, what bands do you find yourselves bonding over most?

AB: Jacob and I started listening to “Josef K, Sorry For Laughing” when we started hanging out. That was a big one for us. Paul has pretty much opened a world to me of country music. I gotta give my obsession of country to Paul for sure.

JS: Recently Tom, Austin and I have been very into the new IDLES record.. That thing RIPS. For the most part though, we bond over songs or bands that are just different, and do something we haven’t really heard before.

NT: You’ve also managed a stellar sonic palette that sounds retro without feeling like one particular act, so how did you all start honing in this side while writing songs? Any particular gear you use(d)?

AB: We don’t use much gear.  Whatever is necessary.

JS: We recorded the record all analogue with our great friend Renny Wilson, all on 2” tape.

PB: I think our slight gaps in age also helps create that feeling.

PJ:  Doing the same thing over and over is boring.  We’re also trying to entertain ourselves\

NT: You’ve got a few shows with Parquet Courts coming up, how did that happen?

AB: I’m sleeping with the other Austin. So I got the in baby. 😉

JS: Yeah after we played with them once, they hit us up for a few more and there ya go! Great people.

P.B: We played with them once before in Montreal and things came from that

NT: What’s coming up next for each of you?

PB: Hopefully the release of this album lol

PJ: Paying rent and feeding ourselves. 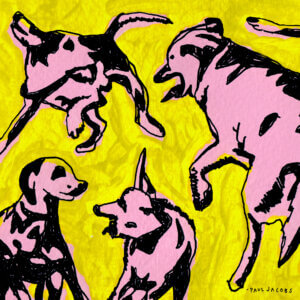 “Underneath the Roses” By Paul Jacobs 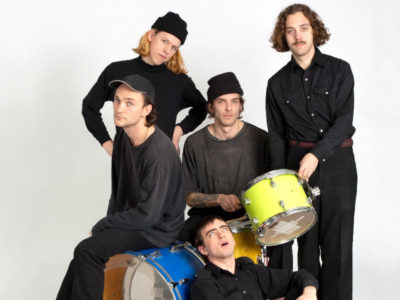 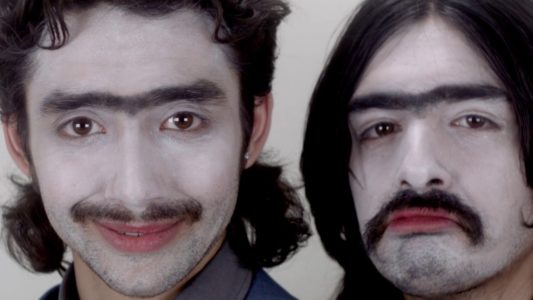