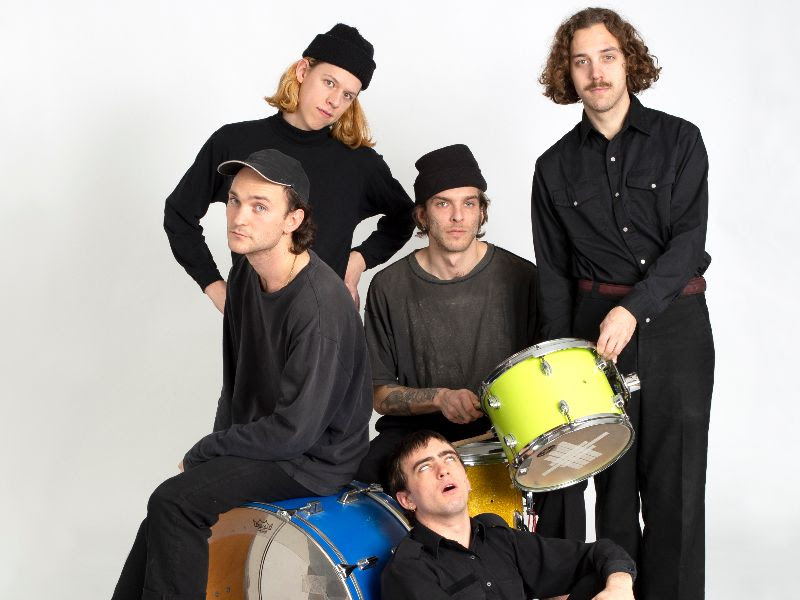 Pottery have released “Take Your Time”, the second single off their debut album Welcome To Bobby’s Motel, due to be released on April 10th via Partisan Records.”Take Your Time” is described as a “hyperactive Andy Gill-indebted dance-punk, and the accompanying video adds Devo-level world building to their commentary on the shadier side of recreational drug use.” The video was designed, illustrated and directed by the band’s Paul Jacobs, with animation and production by Raised By Bears.

Pottery on “Take Your Time:”

“It’s not a secret that we enjoy occasionally using drugs recreationally, in the past they’ve helped guide us creatively and personally. But this song is about the darker side of drugs, when they become habits. It’s about the tough spot that stuff can put you in, beyond the isolated experience of briefly having a good time while you’re using them. You spend all your money, ruin your body, and don’t get anything out of it except for a fun night.”

Welcome To Bobby’s Motel was produced by Jonathan Schenke (Parquet Courts, Snail Mail) and recorded at Montreal’s Break Glass studio. Although he occupies a central role within the album’s 11 tracks, it should be noted that Bobby is not technically a real person, and Bobby’s Motel is not a real place. Here’s how the band explains the makeup of this psychedelic dreamworld: