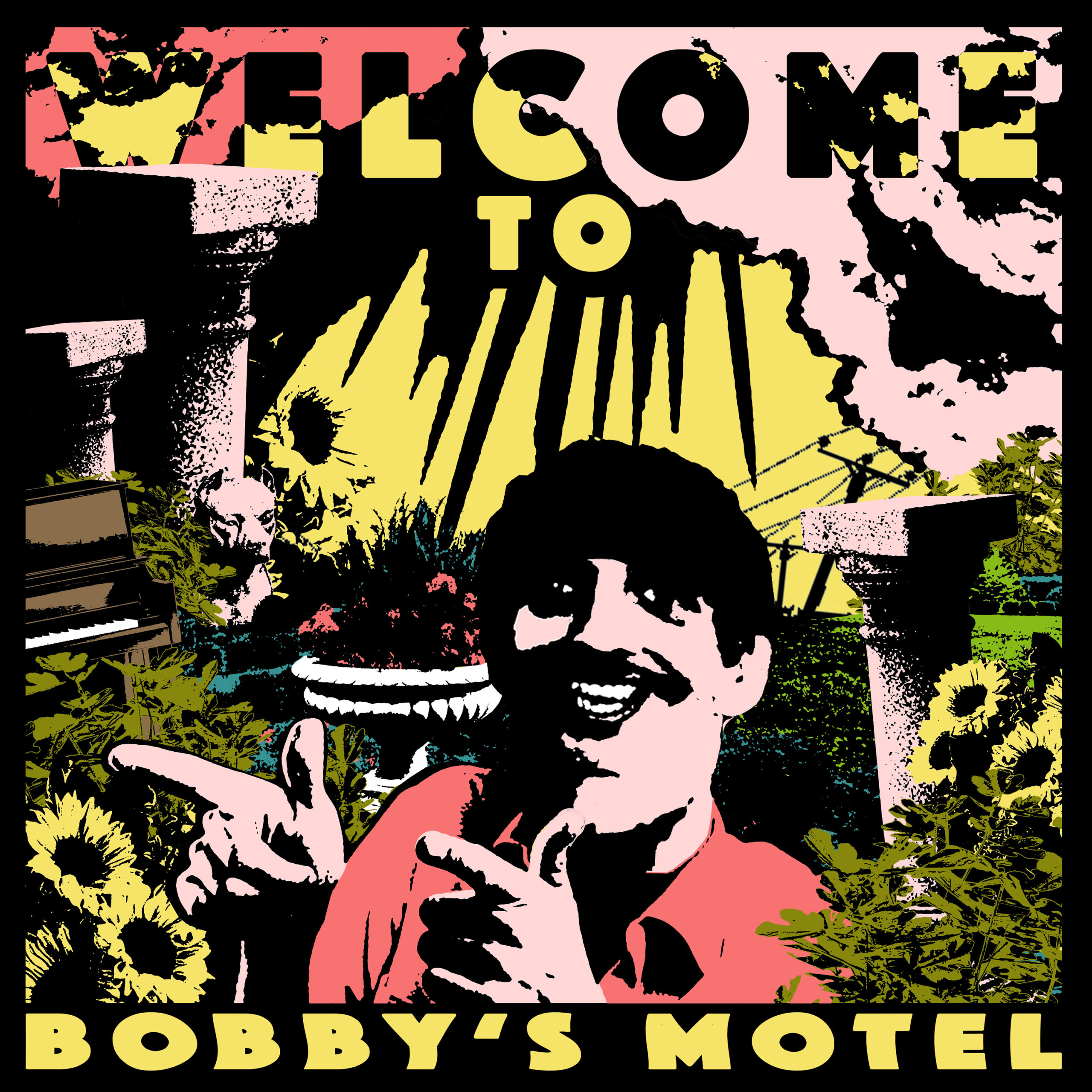 With only 2019’s excellent No. 1 EP, Montreal quintet Pottery have already been making their name on tour with Viagra Boys, Parquet Courts, and Thee Oh Sees. Now, road tested and audience approved, Pottery finally make their full-length debut with Welcome to Bobby’s Motel. Anyone who’s seen Pottery live can attest to the band’s unhinged energy. That same energy courses through Welcome to Bobby’s Motel like an electric current. Loaded with shifting rhythms and grooves and layer upon layer of interlocking parts, most of the album’s 11 songs bear almost carbon copy similarities to Talking Heads. But Pottery’s songs are more chaotic, more precarious, like they’re on the verge of collapse.

Maybe on the verge of veering off the road is a better metaphor, given the album’s concept. As the band put it, “In essence, Bobby is Pottery and his motel is wherever they are.” The album is the score to the psychedelic journey that Paul Jacobs, Jacob Shepansky, Austin Boylan, Tom Gould, and Peter Baylis’s lives as touring musicians. It’s an abstract account of all their delirious highs and lows: the debauchery, the dingy, dusty, stained, smokey, grimy, sooty hotels, the heartache, the the thrill of seeing new places and meeting new faces. On an even more abstract level, we’re all Bobby, the band says: “There’s a piece of him in everyone, there to remind us that things are probably going to work out, maybe.”

Opening with a battery of drums on the mad-dash title-track, you know right away you’re in for a ride. Its two minutes of whizzing synths and cutting, chugging guitars settle into “Hot Heater,” a track straight out of the Talking Heads’ playbook, if the art-rock icons sang about boiling water and heating units. “Under the Wires” moves like it’s speeding down a bumpy highway, spewing gravel behind it. “Bobby’s Forecast” is angular, funk-influenced post-punk/New Wave“Take Your Time” is filled with furious drums, pulsing synth, and spastic vocals.

By the time you reach “Texas Drums Pt ! & II” halfway though the album, though, the mad-rush polyphony of big drums, thick harmonies, and rattling percussion starts to lose its edge. So it’s refreshing when the album reaches its slower songs like “Reflection”; amongst acoustic guitar accents, Austin Boylan’s cooing, quivering voice gets to stand out. Songs like “Reflection” and the jittery “What’s in Fashion” break up the relentless, often singular pace of Welcome to Bobby’s Motel. And instead of ending with a bang, Pottery end the album with the calmest cut on the album, “Hot Like Jungle.”

As a whole, Welcome to Bobby’s Motel is a dizzying trip. It’s messy and overwhelming, and it’s splendid and exhilarating, too, just like life.