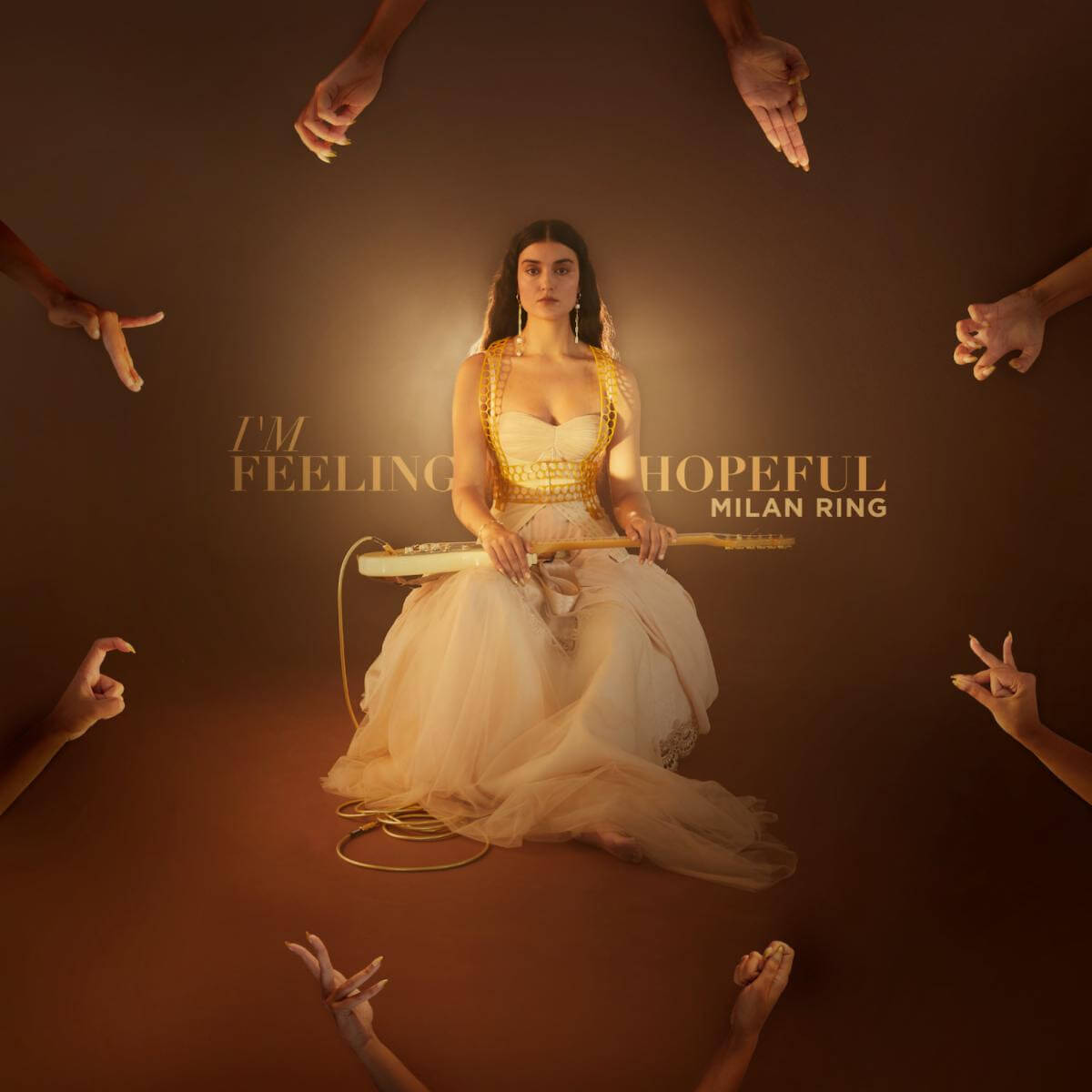 Australian artist, Milan Ring has released her debut album I’m Feeling Hopeful'
Share on TwitterShare on PinterestShare on PocketShare on RedditShare on FacebookShare on Email

Milan is also a producer and engineer, having been in the studio with the likes of SZA, DRAM, Chance The Rapper’s group The Social Experiment, BJ The Chicago Kid, The Avalanches, Ta-ku, B Wise, Sampa The Great and more.

I’m Feeling Hopeful explores the themes of love (for others and for the self), relationships, control, freedom, the critical mind, depression, desires and addiction from many different perspectives, all born “from my observations of the world around me and the world within. When we allow our minds to run rampant we often hurt ourselves, those around us and those around them in the process. But in these moments we always have the choice to break through the negative dialogue and lean into love, forgiveness and gratitude,” Milan shares. “It isn’t easy, but life is a blessing and I’m feeling hopeful.”

Milan sits stoically on the cover of I’m Feeling Hopeful, exuding light, her guitar laying across her lap in a reference to an image of Indian deity Saraswati. Even before discovering her Indian heritage comes from a Saraswat Brahmin lineage, Milan had for many years felt connected to the goddess who represents “music, love, light, dance, poetry, education, writing, all the sweet things in life”.

Her spirituality has been a vital tool for survival – as a way to rediscover hope and light, but also as a reminder of a greater purpose. From the edges of the frame, Mudras – symbolic hand gestures that feature in Indian dance – appear, tempting Milan with their meanings. Demons and evil forces, or Udhvanabhi (Let It Glide) embodied on one hand, drinking poison, or Aarala (BS) on another.

Hide With You
Take Me Away
BS (feat. Che Lingo)
I Can Fix You
Sydney Hue (feat. BLESSED)
Pick Me Up (feat. Jean Deaux)
Fluttering
Dreaming
…
Keep Me Safe
Let It Glide (feat. Barkaa)
Hopeful
Daily
Hands Are Tied

“Are Your Friends Alright?” MILAN RING