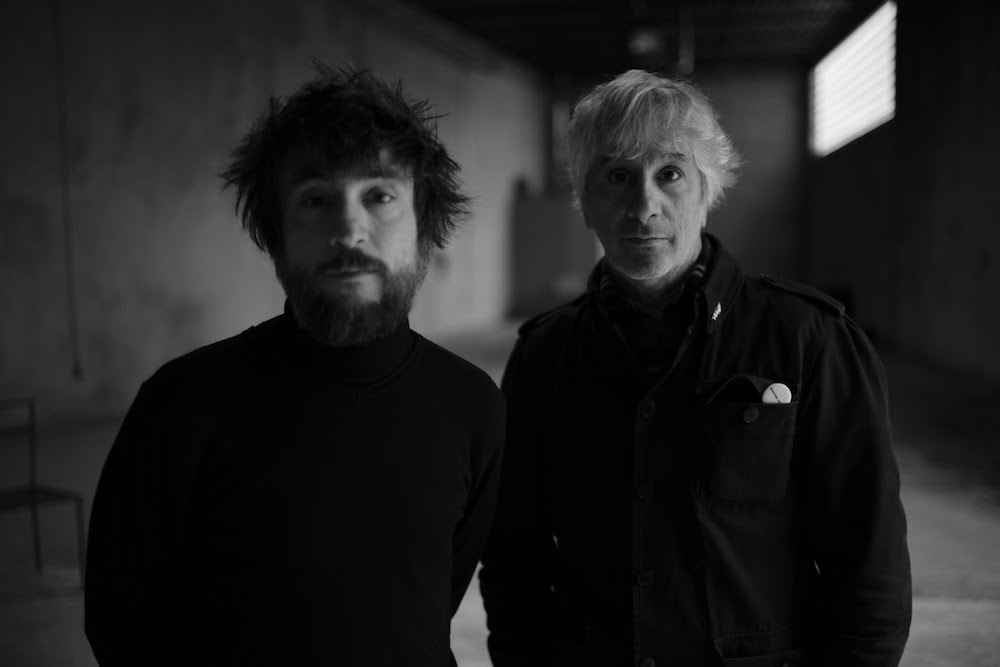 LEE RANALDO & RAÜL REFREE have launched a new track and video from their forthcoming album, Names of North End Women, out February 21 on vinyl, CD and digital platforms via Mute.Names of North End Women’s release will be followed by a European tour that includes a performance at London’s Milton Court Concert Hall on April 7 as part of the Barbican’s music program.

The new track, “Light Years Out,” follows the release of the album’s title track and shows the experimental side of Ranaldo and Refree’s new album by incorporating both spoken word and singing, old cassette tapes and state-of-the-art digital machines. The accompanying video, shot in São Paulo and New York City by Anna Bogaciovas and Fred Riedel, is described by Ranaldo as “an adventure into the world of ancient analog video processing!”

Ranaldo and Refree worked together on Ranaldo’s last solo album, Electric Trim (Mute, 2017). Soon after, the pair returned to the studio to record the follow up and realized that Names of North End Women would become what Ranaldo describes as “the beginning of a new partnership, a new configuration.”

“We were mixing in all these strange analog sounds from old cassette tapes, dealing with tape hiss; using very new technology and very old technology and mixing them together,” remembers Ranaldo. Elements from a mysterious old tape Ranaldo found spooled on the Studer when he’d bought it years earlier – drum sounds, slamming doors, people talking – formed the backbone of tracks. The music, it seemed, could come from literally anywhere.

“This record began as playing with samplers and cassette players,” says Refree, “as experimental music, musique concrete, poly-rhythms.” As the process wore on, however, their abstractions materialized into songs, their elemental rhythms, ambient hums and sampler damage revealing hidden melodies and patterns upon deep listening. Ranaldo and Refree traded melodic ideas and added vocals to the tracks, singing in addition to the spoken word pieces they’d always planned these pieces to feature. The words came in a process akin to the music, a collagist philosophy prevailing, as Ranaldo recomposed poems from his archives, wrote new pieces and incorporated lines sent in by Jonathan Lethem, who’d helped pen the songs of Electric Trim.