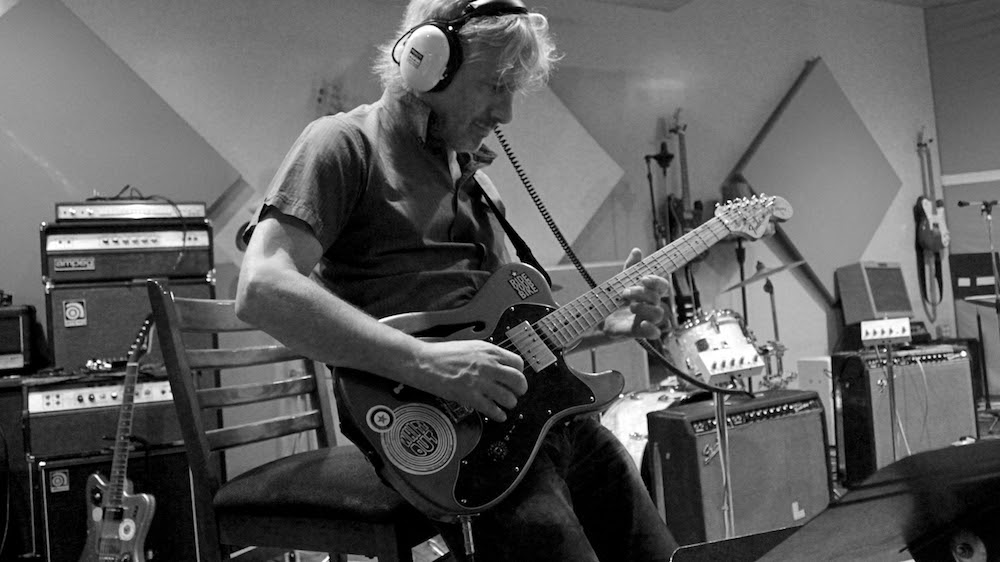 Lee Ranaldo, will release his debut album for Mute, on September 15th. The full-length is entitled Electric Trim. Today, he is sharing the video for “Moroccan Mountains”. Lee Ranaldo, kicks off his tour on October 24th in Los Angeles, CA.

Ranaldo has confirmed two Rough Trade in-store performances, one in New York tonight, and one at London’s Rough Trade East on October 2. In addition to these special in-store performances, Ranaldo has announced a full band European tour for 2018. This fall, Ranaldo and the band will tour across North America in October and November. Further dates, including London and Berlin, will be announced in the coming weeks.

“Moroccan Mountains was begun sitting atop a blood-red carpet with yellow mountain shapes woven into it that was brought back from Fes on my first trip there in 1995. I was strumming the chords that became the song and those mountain shapes took me back to my first trip to the country and into the Rif Mountains where I first met and played with the Master Musicians of Jajouka, in their little hilltop village with no running water or electricity. Somehow those memories infused a certain ‘Moroccan spirit’ into the song. It was a magical time, for Morocco is a magical place, and I found myself transported back via the chords from my guitar. The opening spoken section about ‘falling into the crack between the window and the world’ is based on true events that took place on a train approaching Grenoble, France in 2015…”

Directed by Fred Riedel, the video is an excerpt from the forthcoming documentary on the making of the album, shot on location in Morocco, France, New York City, Berlin, and somewhere in the skies over the Tyrrhenian Sea in 2016.

Ranaldo is a co-founder of Sonic Youth, a visual artist, producer and writer. In addition to Fernandez, he worked with several special guests on Electric Trim, including Sharon Van Etten who sings on six of the tracks and duets on “Last Looks” and Kid Millions (aka Man Forever) as well as longtime friend and collaborator Nels Cline (Wilco). In addition, the album features Ranaldo’s band The Dust (fellow Sonic Youth member Steve Shelley, guitarist Alan Licht, and bassist Tim Luntzel).

Ranaldo collaborated with award winning New York author Jonathan Lethem (Motherless Brooklyn / The Fortress of Solitude) for lyrics on six of the songs, including “Thrown Over The Wall.” American artist, Richard Prince, who previously painted the sleeve for Sonic Youth’s 2004 album Sonic Nurse, created the artwork for the album.

Further dates to be announced, for full details and ticket links, go to http://po.st/LRWebsite