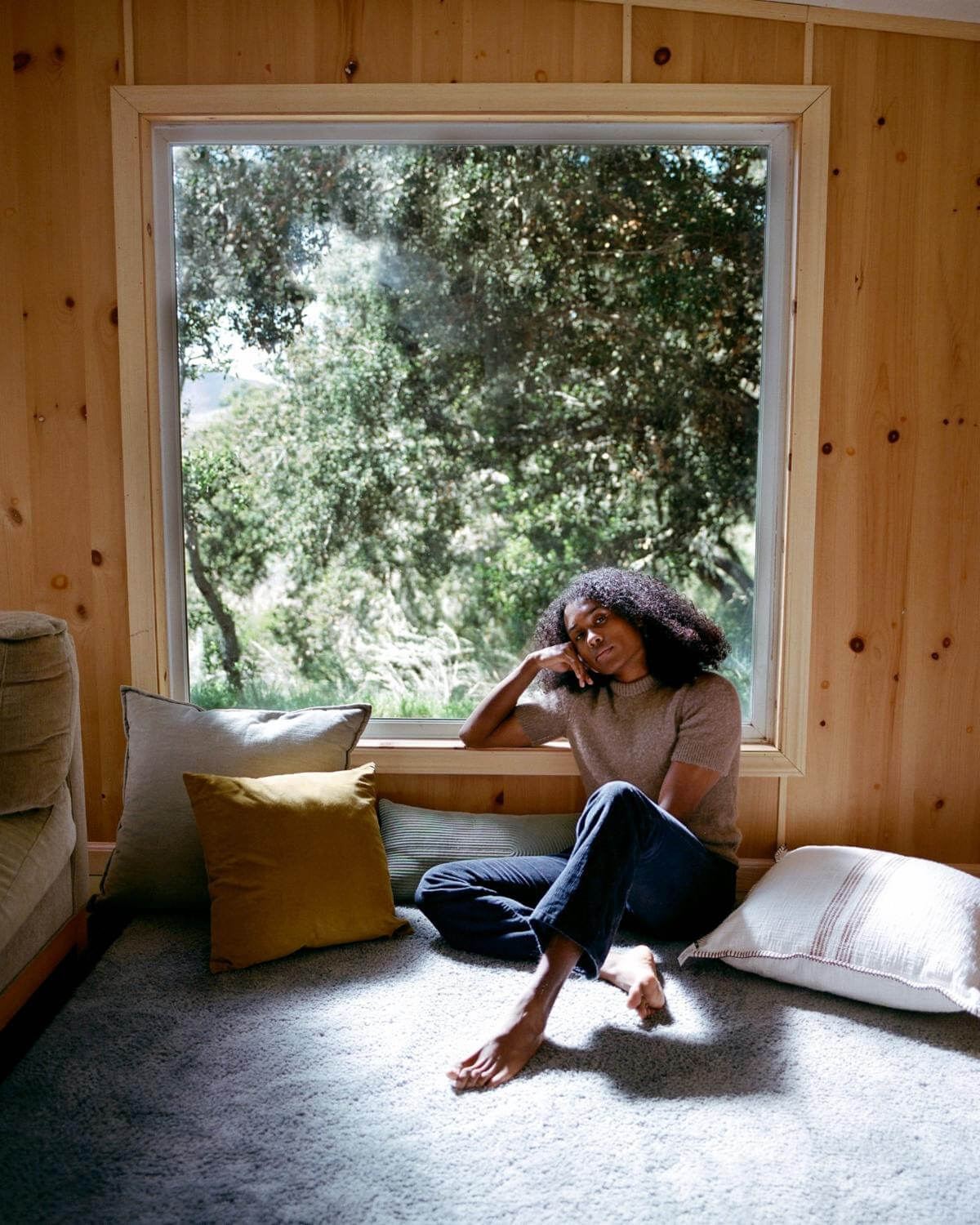 Jelani Aryeh is contemplative and compassionate. His amiable nature shines through on his debut album, I’ve Got Some Living To Do, like some intoxicating California sun. But don’t let the up-tempo indie rock fool you; there’s much more to the album than its glossy sheen. I spoke with Aryeh a few weeks before his debut release.

Northern Transmissions: There’s an underriding air of inspiration and uplift to your album. A lot of the songs are up tempo and have really propulsive guitars and bass lines and drums and it feels energizing. Was that your goal with the album, to embolden the listener?

NT: This album has a very comforting feel. Do you think that is a reflection of who you are as a person? To help people and take on their feelings?

JA: For the longest time, I [didn’t] think so. But, I think ever since I started making music, it just occurred naturally. The people that I surround myself with are empathetic people. So I’d say now: definitely. A lot of people tell me I have this calming energy which might be what comes through in the music. It may be because I listen to a lot of folk music and somber songs that have a tinge of melancholy.

NT: What bands were your big guitar influences for this record? You’ve got some very jangly, shoegazey tones on some tracks whereas others have this wiry, post-punk feel.

JA: Yeah, there were a lot, and it shifted over the past couple years. A lot of Radiohead. I got into the Cocteau Twins. My producer, Jack, is super inspired by Phoebe Bridgers. The folky, shoegazey guitars come from both of those worlds. And then just growing up with Cage the Elephant and Phoenix. It has that energy in there as well. There’s also this band called Happyness from the UK that really inspired me. They introduced me to Wilco and Sparklehorse.

NT: The title of your album, I’ve Got Some Living To Do–I imagine it being said with this invigoration. Do you feel like you’ve got to make up for some time where you didn’t feel you were “living?”

JA: I think so. I think there’s moments on the album where I wasn’t necessarily happy with myself or where I was. So I feel the title is just to make me live while I can, like the person that I am. It’s just to get me out of my room. To communicate, talk to my people, build my relationships, travel. And to encourage everyone else.

NT: Would this album have sounded different without quarantine?

JA: Yeah, I believe about half the album was made during quarantine. Without the pandemic I wouldn’t have had that time to really sit with myself and reflect, look back, and have conversations with my family that I never would have had before. If quarantine didn’t happen, I don’t know what the album would sound like [laughs].

NT: I saw that “Bad Nights” was produced by Twin Shadow. What was working with him like?

JA: Oh yeah! I love George, he’s a cool dude. I went over to his house and we just talked for a long time about what we were listening to. I had been listening to a lot of classic psych rock–bands like Love and The Zombies. He started messing around on guitar and that’s where the first loop for “Bad Nights” came out. He just kept pulling out instruments. He played this slide guitar and I was losing my mind. It just reminded me of cars going by, or like a train whizzing by.

NT: I love the album artwork. It kind of reminds me of something that a garage rock revival band would have released in like 2002. What was your inspiration behind it?

JA: I was doing a photoshoot with my friend at Swish Projects in San Diego and they had this crazy-looking bench that I saw in the backroom. There were two chairs facing different ways. And I thought, “Damn, what if there were something like three versions of me sitting in different ways?”

We had shot the album cover a few months before where I was in a house by the window looking out. And for the longest time, that’s what felt right. But when we got the pictures back I was like, “This is not it.” And we had already submitted it. So we had five days to do something else, if we wanted to change it.

So I hit up my friend to do some photos at the studio and I had a few different outfits. So I just sat in the chairs in different positions in the outfits and we put them all together. I’m not even sure what it really means yet. I’m sure it’ll change for me. But I thought it was something that looked cool and could correspond to three different moods.

NT: What’s your advice to young people who just want to go numb and turn off their switches? How does one combat that idea that the world is ending? How do you do it?

JA: I’m still trying to find out. But I think what’s helped me so far is getting outside, first and foremost. Getting sunlight, trying to find the things that you find joy in. Opening up to that person in your life, being vulnerable, is something that all of us need to do.

That is such a good question [laughs]. I’m going to be thinking about that for a little.

NT: Well if you have another answer, you can tell me when I come see you at The Echo!

NT: I really appreciate talking with you and congratulations on the album release. I’ll see you at The Echo.

JA: Well thank you for having me on here, it means the world.

Jelani Aryeh’s debut album, I’ve Got Some Living To Do, is out on July 30 via No Matter.