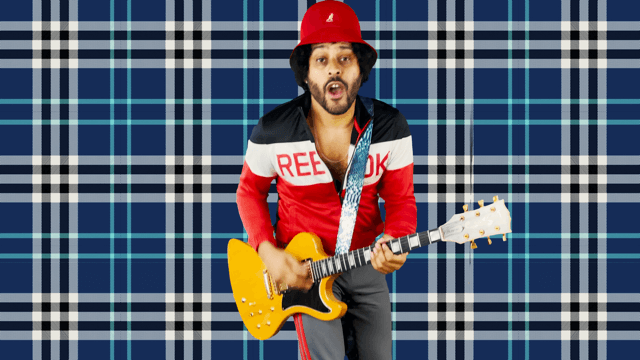 "Get Closer" By George Lewis Jr AKA: Twin Shadow
Share on TwitterShare on PinterestShare on PocketShare on RedditShare on FacebookShare on Email

Twin Shadow AKA: George Lewis Jr. has announced his new self-titled album will drop on July 9th via his own Cheree Cheree label, and the follow-up to his 2018 full-length Caer.

Along with the news, Twin Shadowhas shared the album track “Get Closer.” Lewis wrote this song while considering the loss of nuance in relationships, and in speaking to that consideration further he shares, “Oftentimes we Band-Aid the problems that spring up along the way with the words ‘I love you’ or ‘but, I love you’. The idea that there is maybe a state between people that could be wildly closer than what we traditionally know as ‘love’ is a very exciting and hopeful thing to me. ‘I’ve got so much to learn about you / I’ve got to study’ and ‘I know you’re crucified each day for living’ are lines that hopefully show a dedication to getting better and a will to understand the depths and the complexities of the other.”

Lewis’ 2021 releases follow the aforementioned 2018 full-length Caer and a string of 2019 standalone singles that include “Crushed,” “Truly,” and “Only For The Broken-Hearted,” along with an appearance on the hit Netflix series 13 Reasons Why soundtrack with “Walk Forever By My Side.” The new songs also follow Twin Shadow’s collaborations with Duval Timothy on his album Help where he features on tracks “Slave” and “Groundnut.”

Twin Shadow comes out on July 9th, 2021 on Lewis’s label Cheree Cheree, these ten songs are imbued with the same energy and curiosity that compels someone to first pick up an instrument and noodle around, not because they harbor aspirations to write a hit but rather for the thrill of hearing—and feeling—what’s capable of happening when a string is plucked or a hand brushes over a snare. It’s no wonder that Lewis employs the first instrument he first played, the saxophone, to electrifying effect on the album. “For myself to make music again where I’m really just finding enjoyment out of it feels like what I’ve needed for so long,” Lewis says.

It took a while for him to get there. First, Lewis had to allow the pressures and expectations he’d placed on himself fall away. “When you’re an artist and you have a bit of success and you’re able to keep it going, you oftentimes get lost in keeping it going and you forget that music exists to make you grow,” he says. “And so when I started the record, I was lost in this feeling of: ‘What is expected of me on this?’”
﻿
PRE-ORDER: Twin Shadow HERE