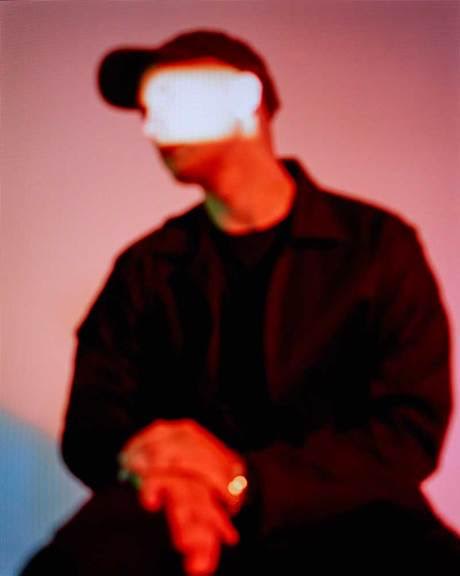 Jacques Greene’s debut album Feel Infinite was released this past Friday March 10 through LuckyMe and Arts & Crafts and today he has shared the video for “Afterglow/Feel Infinite”, which you can watch below. Click here to read Josh Gabert-Doyon’s review of Feel Infinite. The record will be released on vinyl on March 24. “I want [the record] to be celebratory of all that we feel and do and experience” says the Montreal born and raised producer. “I really try to make music that connects people and speaks to the things that bring us together.”

With “Afterglow”, directors Mauriès Matos present an impressionistic love story. Shot on 16mm film following a local cast of real club-kids in parties and studios throughout Greene’s hometown of Montreal, Mauriès Matos create an evocative watercolour of the liberated art spaces that dance music was designed to serve. “Afterglow/Feel Infinite” features a recital taken from the Montreal-based writer and futurist Arthur Kroker’s book Spasm – the cult 90s fiction piece about virtual reality. The film closes with the first sample of the album’s title track “Feel Infinite”.

“How does music connect us with something outside ourselves,” says Melissa Matos. “How can we capture that very specific stillness and euphoria?” Melissa Matos and Emmanuel Mauriès Rinfret collaborated with Jacques Greene the majority of the artist’s music videos including “After Life, After Party”, “1 4 ME”, and “No Excuse.”, plus an interactive film for “On Your Side” ft. How To Dress Well. For her studio Trusst, Matos has created campaigns and projects for J.W. Anderson, Rad Hourani, SSENSE, and The Tate Modern.

Recently nominated for a JUNO Award for Dance Recording of the Year, Jacques Greene is the young artist who broke out of a generation of independent electronic labels Uno, 3024, Night Slugs, and LuckyMe as a producer and DJ via 2011’s “Another Girl”, 2013 favourite “On Your Side” ft. How To Dress Well as well as 2016’s recent JUNO Award nominated track “You Can’t Deny”.

Feel Infinite is a record about the utopian idea of club culture – music about the club, as well as for the club in and of itself. Written over the course of two years, this debut album is a pure and personal expression of the Jacques Greene sound created by the born and raised Montrealer, renowned for collaborating and remixing Tinashe, Radiohead, Sampha, and Shlohmo.