Interview with Tom Ogden from Blossoms 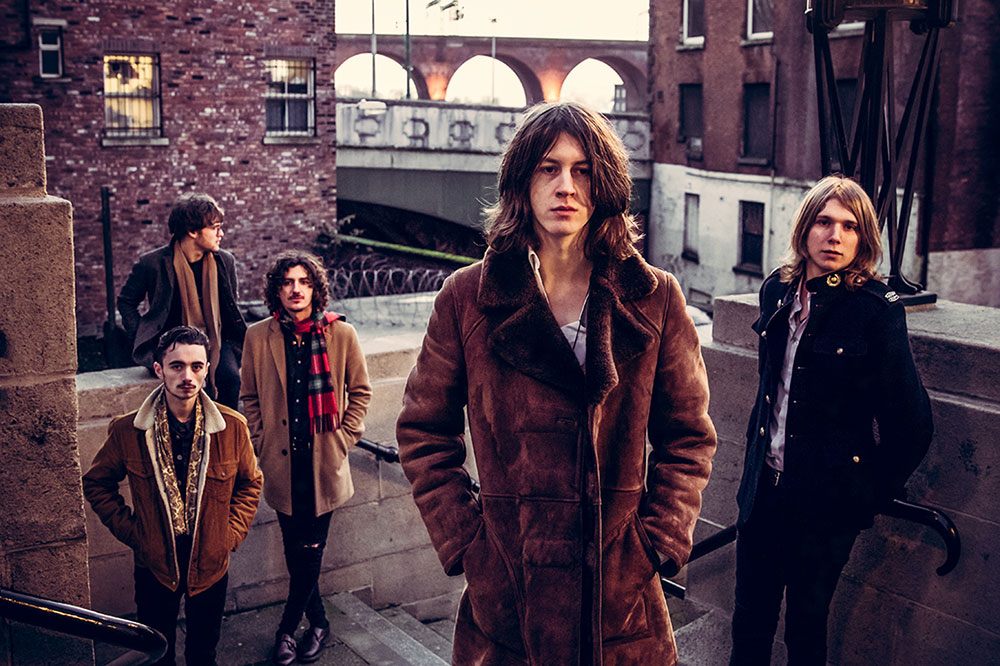 Blossoms are clearly a tighter knit group of musicians than the average band. Hailing from Manchester, the five members were all born in the same hospital, and this deep history contributes to what singer and lyricist Tom Ogden describes as a ‘last gang in town’ mentality. After experiencing a quick rise in the U.K. music scene, the band is bringing the sound that has been an outgrowth of this close friendship over to American shores. With a fusion of danceable tunes and subtly psychedelic production flourishes, Ogden hopes that their down to earth and relatable songwriting perspective will help them connect with a whole new audience on this side of the pond.

Tom Ogden: Great, just got a little day off at home in the middle of the U.K. tour, so just seeing me mum, and that’s nice.

NT: Yeah, sounds good. You guys have already had tremendous success in the U.K. with your debut album Blossoms. What does it mean to you to be bringing your music to an American audience?

TO: It’s a big moment in our career, and we’re very excited and proud that we’re getting the chance to come over to America and play some shows. So hopefully it’s the start of a bit of what’s gone on in the U.K. We’re starting again, and we want to build a big fan base and keep coming back to the States.

NT: Has your success in the U.K. come as a surprise, or were you confident that you were onto something from the very start?

TO: Well, we never started the band as a career choice to be in music or that kind of thing. We got together because there was nothing else to do and I was writing songs. We got together and immediately felt like it clicked and had confidence in the songs, so I suppose from the start it felt like we wanted to keep doing it, and we didn’t feel like anything we had been involved with before. We felt confident, and we believed in the songs- we didn’t know how long it would take, but we just kept going and doing shows and met the right people.

NT: What are you looking forward to most about coming to America?

TO: I suppose there’s an element of just being in America with your four best mates, that’s going to be a whole lot of fun. I suppose it’s also an opportunity to start again- in the U.K. we play to about 2000 people for most shows. Coming to America is like starting again, and that’s exciting. We’ve got to do what we did in the U.K two and half years ago.

NT: You seem really close with the band. Do you think that that closeness gives you a kind of supernatural musical connection?

TO: I suppose so, yeah. The way us five got together and the way it worked, I think us five were meant to be in a band together. I’m not really into all that supernatural stuff, but it does make us strong and it gives us that connection and we’re not afraid of anything that comes our way. We’re all in it together, and we’ve got each other’s backs. I think it’s important to have that when you’re in a band, to have that last gang in town mentality.

NT: Are there any downsides to having such a history with your bandmates?

TO: Not really. You can always bring positivity because you know you’ve got each other’s backs. You tell each other the truth- we’re all very honest with each other. Nothing gets pent up and then blown out of proportion down the line. If there’s ever a problem then we just talk about it the way you would with your brother or your sister.

NT: How do you feel about the current musical climate in Manchester?

TO: We’re not really into scenes and stuff like that. If there is a scene I’m not really aware of it. When we started Blossoms we always said we wanted to do our own thing. We didn’t associate ourselves with any other bands, we just did what we wanted to do, put on our own shows, and just did it from there really. If you want to be your own band I think you’ve just got to do it yourself and not really give a shit about what anyone else is doing. There’s a band called Cabbage, and I think they’re great, and they don’t really give a fuck about what anyone else is doing. The music scene in Manchester will always spawn great bands, and you just have to bide your time and when a good band comes along people will take to it.

NT: You’ve said that when you started the band you wanted it to be a pop group. What is it about pop music that draws you towards making it?

TO: Just growing up, my favourite songs and favourite bands came from that great pop sensibility- a great melody and something you can relate to. I’ve always believed that a great song is just a great song. It’s just the music I’m into- it makes me feel good, it makes me feel sharp, and it’s what I want to hear. It has that euphoric element to it, and it’s what I’ve been brought up on.

NT: What do you think the Blossoms twist on the genre is?

TO: We fuse guitar and synth in a way that I don’t think anybody else in the music scene at the moment is really doing. We’re coming from a real background- we’re just five working class lads who started the band for something to do. We’re coming from a real perspective and people can relate to it. We’ve got a lot of disco influences as well, so you can get up and dance to it, you can sing along to it.

NT: How do you feel about British music in general right now?

TO: There will always be great bands that come along and make great music. I’m not worried about it or anything like that. I don’t really care much about what anyone else is doing. A band like the Arctic Monkeys, they’ve been around for the last ten years, and they’re making great music. There will always be music that people don’t like as well, maybe coming from reality TV shows which people frown upon. That doesn’t really effect my life, I don’t listen to it, and it serves its purpose for someone somewhere.

NT: You’ve also mentioned that you wanted the album to sound current and not sound like something form the past. How do you think the Blossoms album shows a more modern approach?

TO: When we were in the studio recording stuff with James Skelly (The Coral), we would always say we wanted it to sound modern- to have the old influences in the songwriting, but mostly to have it sound like 2016. But also timeless as well. We fused, like hip hop and r&b does, we fused electric drums with real drums and layered it. These are boring things to most people, know what I mean? But little things like that are what made it sound more modern and different.

NT: What do you think are some of the more traditional elements going on in your music?

TO: A lot of that bleeds into the songwriting. I’m coming at the songwriting with a traditional pop sensibility- the Beatles, Abba. We’re into all the great bands throughout the years.

NT: Are there any particular ways you would like to see your music evolve from here?

TO: I think the way bands evolve always happens naturally, so I couldn’t really tell you. I think we’re a different band now than we were three and a half years ago. If you had talked to me then I wouldn’t have been able to say ‘that’s the way it’s going to go’. Who knows? We embrace change.