Alexandra Lynn moved from Sydney to New York on a soccer scholarship in 2017 and studied Maths and Physics at Long Island University. It was while she was in the US that she turned a streak of bold new life experiences into songs under the name Alex the Astronaut. “I Like To Dance, is tells the story of an unnamed, hypothetical woman who experiences violence at the hands of her partner. “You scream ‘Why don’t you leave!’ / My kids are two and three / I just can’t pay for what they need / We both know he’d find me,” Alex sings.

This song isn’t Alex’s story: she wrote the song after a social encounter with a magistrate, who told Alex that he saw a devastating amount of cases of domestic violence each week. Alex spoke to her friends and realised how many of them had experienced domestic violence themselves.

One in three Australian women has experienced physical violence; one woman a week is murdered by a current or former partner. With this story, Alex zooms in on the experience of the women behind those statistics and brings into view the women who should be known for their strength, kindness, talents, and dreams, not the violence that they’ve experienced.Alex The Astronaut returns to Europe for live shows in August, with her new single I Like To Dance is out worldwide on August 9th.

From her first EP, Already Home is an observation from the streets of NYC “there’s billionaires for presidents / And parking fines at hospitals”, it was followed up by Not Worth Hiding a frank letter to her 16-year old self about gender and sexuality. An unofficial anthem of the Australian Gay Marriage referendum. 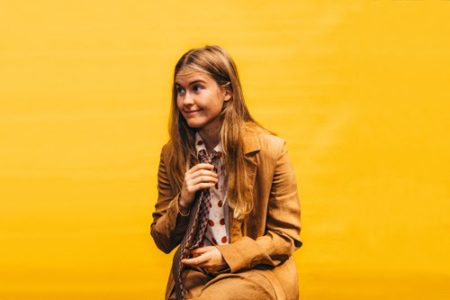