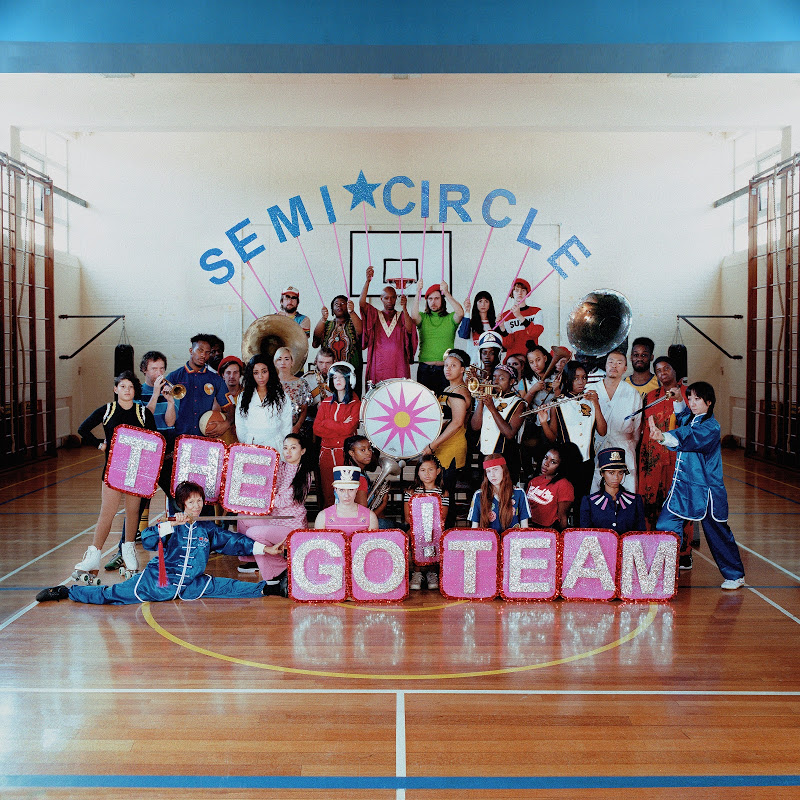 Five albums in, The Go! Team have their sound finessed to perfection. Mixing bizarre lo-fi production with sharp writing across pop, hip hop, psychedelia and more experimental worlds, the band brings its brass and work with instrumentals to a front on this record. Shockingly unique but consistent you’ll be entranced throughout the whole record. If you ever wanted to hear The Avalanches with more rock and a style dialed up to the max, this record will keep you hypnotized.

There’s a frantic energy that starts off the album on “Mayday” with buzzing radio sounds and exotic string work. A constant rush, the excited shouting of the vocals really comes through on every section, elevating the brass as well. There’s a delightful switch in tone to the bright pop of “Chain Link Fence” that flies on its hip hop beat. Fusing in more experimental orchestral production and an assured sense of direction, they hit with a distinct sound.

“Semicircle Song” pounds its brass and drum hooks before the catchy vocal riffs complement its kooky percussion. Letting rhythms drive the show like most of the songs on this album, the track has a constant sense of momentum that makes the album feel like a ride. They infuse a lot more rock and intense bass on “Hey!” making for a much sharper tone on every chorus. Before it gets tiring however, the dreamy bridges make the song float into ethereal zones moments at a time.

They have a snarky indie drive on “The Answer’s No Now What’s The Question” that shows how versatile their sound can be. The song runs a little long for what it is, but in the run of the album it makes for a bright pop moment. “Chicos Radical Decade” cuts like a lo-fi cinematic theme, bursting with strings and horns to deliver adventurous imagery. Landing on more of a interlude than the rest of the album, it’s no weaker a listen for it.

“All The Way Live” hits hard with an aggressive hip hop/funk mix that ramps up the bass and distorted vocals for something massive. More than even the groove and harmonies, the song’s drum section is firing on all cylinders here, delivering some earth-shaking beats. Exploring their psychedelic waters again on “If There’s One Thing You Should Know” brings in steel drums on hypnotic synth work. While a completely unique beast of percussion, the song recalls tones of Tame Impala and Arcade Fire while bringing a totally different character than either.

Despite a short runtime, “Tangerine / Satsuma / Clementine” makes its hook stick out promptly between the chocolaty bass and wooden drums. Letting its tiny chorus of woodwinds guide the rest of the track, there’s constant heightened quality to it. “She’s Got Guns” brings the hip hop back with stellar mix of attitude and dynamic beats. The track never loses its edge either, hitting each chorus with a boisterous level of eccentricity.

“Plans Are Like a Dream U Organise” takes its sparkling little riffs and makes them punchy so that even the song’s most light elements feed the rhythm. The creamy vocals roll on each drum line elegantly, keeping listeners swept between grooves and melody. “Getting Back Up” closes the album on an inspiring note, calling for listeners to keep trying over the huge trumpet lines and harmonies. Full of lush bell bridges, the track doesn’t rest on its already great melodies for too long. 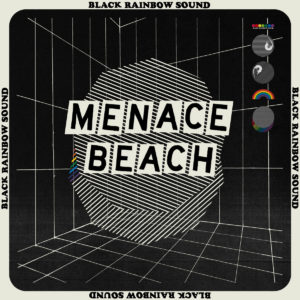 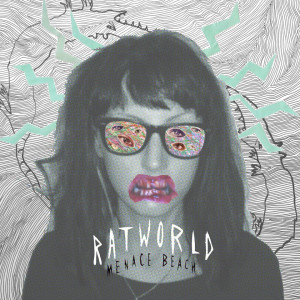 Review of ‘Ratworld’ by Menace Beach