Evolving The Right Way With Twist 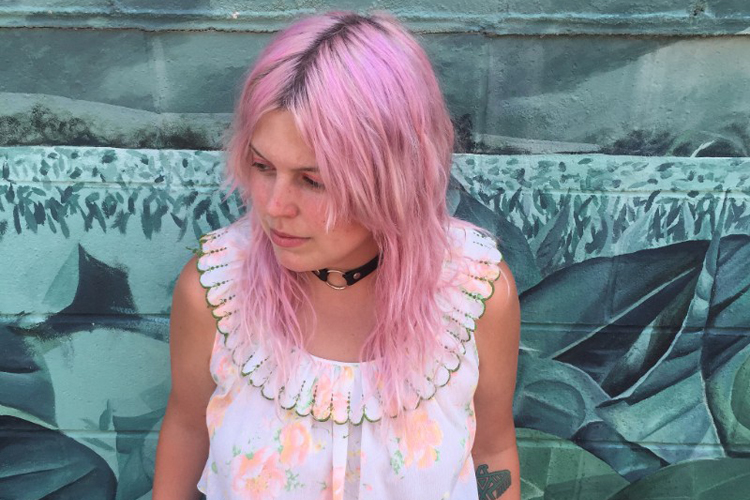 Laura Hermiston(BB Guns) and Brian Borcherdt (Holy Fuck) have made quite the interesting project. After coming together at just the right creative time with their other projects, the two made Twist a reality, which Hermiston is driving forward with a fury these days. Expanding to a full live band, and leaving a Borcherdt to serve the band from the studio, the project is in a trajectory to make something truly unique between rock and electronica. We caught up with Hermiston after her set at CMW to talk about how the project has evolved and where she wants it to go next.

Northern Transmissions: How did the project start and what brought you two together?

Laura Hermiston: It started out of pure fun. I had songs, Brian was excited about them, and I find when you don’t take something seriously and you’re having fun you can produce really great material, and then you start taking seriously. Initially I played shows with just Brian and I, super fun, super experimental, it was all live, drum-machines, no bass player, just the two of us, it wasn’t the classic band I was used to. So then we just started adding more and more members as things got more and more serious, and I got less serious about BB Guns.

NT: Do you hold any nostalgia for the days when it was just you two?

LH: No, we didn’t have a sound-tech, it’s hard to get good sound when it’s just two people. You’re playing with fire, playing with noise on a typical guitar, there’s a lot of technical issues. There’s a lot of great two pieces, like the Kills, but they have sound techs. I’m happy to have a band, I love interacting with people on stage and I like playing with musicians.

NT: What prompted you to switch to a full band? Did this feel like where you wanted to be more live and with the band as a whole aka masterminding or are you still deciding if its what you want?

LH: First of all, bass, drums, two guitars works best for my songs live. I would like to add more people and bring in more synths. We’re working on a new record right now and it’s getting more experimental, so I have to figure out how we translate this live.

NT: Is the band going to be part of the writing process on this new material or is it still just you and they come in later?

LH: It differs all the time, Matt our guitar player has been with us since 2014, and he will be jamming in our space and I’ll say “That sounds sick” and he says “It’s nothing it’s shitty,” and I’ll say “No I love it” and we start working on it. Now that we have a goal in mind to record an album, I want to include my band in recording because I want it to be more equal. I’m still at home writing songs, bringing them to a producer, doing them on my own, but collaboration is key.

NT: How has Brian’s role as a collaborator changed and do you feel it has done so in a good way?

LH: Brian is producer now. At the end of tour I went to his place in the Cat Skills of upstate New York. I brought him three songs and we just recorded demos. He sings and plays on it too, he doesn’t just sit there and he’s very collaborative. He’s one of the people that aren’t in the band that I trust, with their opinion on everything. He’s not in the band but he’s always going to be an important part of the project.

NT: Is it a back and forth process with you two or is it a handing off? Has the expansion live changed anything or is it the same when you’re in the studio?

LH: I play him just my guitar and vocal, I’d have a couple ideas like “I want this to sound like this Cure song,” and we’d both have different drum machines, he had all his Holy F*ck gear, so he would get really excited. He’s more there for guidance, and obviously Holy F*ck are super busy, and he’s busy with other projects. I also wanted to have a band of people who were my contemporaries and friends.

NT:Is the shape of the band and sound moving more towards what you’ve wanted to do from the get-go?

LH: I don’t know… I think now I’m more comfortable. We played SXSW and I saw a million bands and it’s making me more comfortable with the band I have in my live performance. I used to see bands and think for each one “That’s what I want to do” and now I think I’m on the right track, but we’ll still change it up a bit.

NT: Do you feel all the collaborations that went into this album ever took the creative force out of your hands?

LH: Not at all, but I’m starting to build relationships where people ask me to come work on their projects, and that makes me so happy.

NT: How did “Soaked” come about so easily?

LH: “Soaked” was me at home on GarageBand with my drum-machine, then I sent it off to my friend Charlie in Crocodile and he added guitar. Then I went to New York and we had a day off with my friend Richie Rose, and we recorded more stuff. It ended up being the easiest song to write and it’s my favourite song.

NT: Alternatively it sounded pretty hard onSpectral to rework a lot of older stuff to match where you guys were, how was this process?

LH: I was so done with those songs but I wanted to put them out. I felt disconnected the whole time. But the more I talked with other musicians the more I realized, yeah, everyone’s over their stuff by the time they put it out. It’s good though as a creative person because you’re always moving on to the next thing?

NT: So what is the next thing you’re moving on to?

LH: We’re putting out an EP in the fall, date TBD and TBA. We’ll do a tour and in 2018 we’ll put out a record. I’m so excited and happy, the EP will be four songs and I’m really excited to be putting them. It’s cool to be caught up on my stuff so I’m putting out only new stuff. We haven’t recorded it yet so I don’t know how different it will sound. We have this dance song though that’s like a rave song, and I love it. I’m trying to incorporate it on a record and seeing if it will be the basis for newer music. I know what I want more and I think it’s a step up, not like the flops that happen on second records. Ask me in six months though.