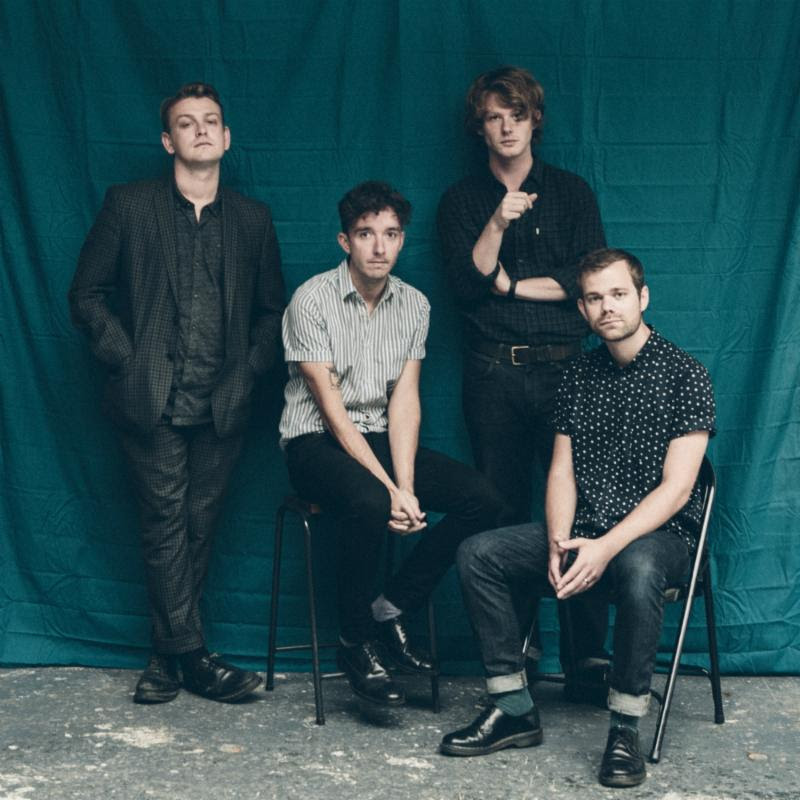 The Crookes have returned with a new single, “I Wanna Waste My Time On You”, a first glimpse from their fourth full-length album, which premiered yesterday and will be available on September 25 on Modern Outsider (North America) and Anywhere Records (UK/Europe).

As the writer Italo Calvino once said, “There’s a boundary line: on one side are those who make books, and on the other those who read them.” You could typify the Sheffield quartet as well read, or versed, in tales of love and the space in-between, but they are dreamers who resonate more with a life lived.

An effervescent illustration of Romance in comparison to their third record, Soapbox, “I Wanna Waste My Time On You” is a pertinent departure from the melancholy, and indicative of a brand new start. Steeped in aesthetic, Hopewell’s lyrics are forever awash with imagery, as Waite’s vocal delivery beds and verves the line, “…if they say we’re trash, we’ll float on the breeze.”

“‘I Wanna Waste My Time On You’ was the first song we wrote for the album and it sort of set the tone about what we wanted to achieve,” says Hopewell. “I always see songs as colours (I’m not sure if it’s synesthesia or not) but the last album was black and grey, whereas these songs are all blue and pink and bright yellow.”

The release of “I Wanna Waste My Time On You” will include the B-side “Ex-Lovers” featuring Misty Miler, who appears courtesy of Relentless Records (Sony Music). In soulful refrains and a soft melody, the track captures a moment shared through one microphone on the floor of The Nave Studio.