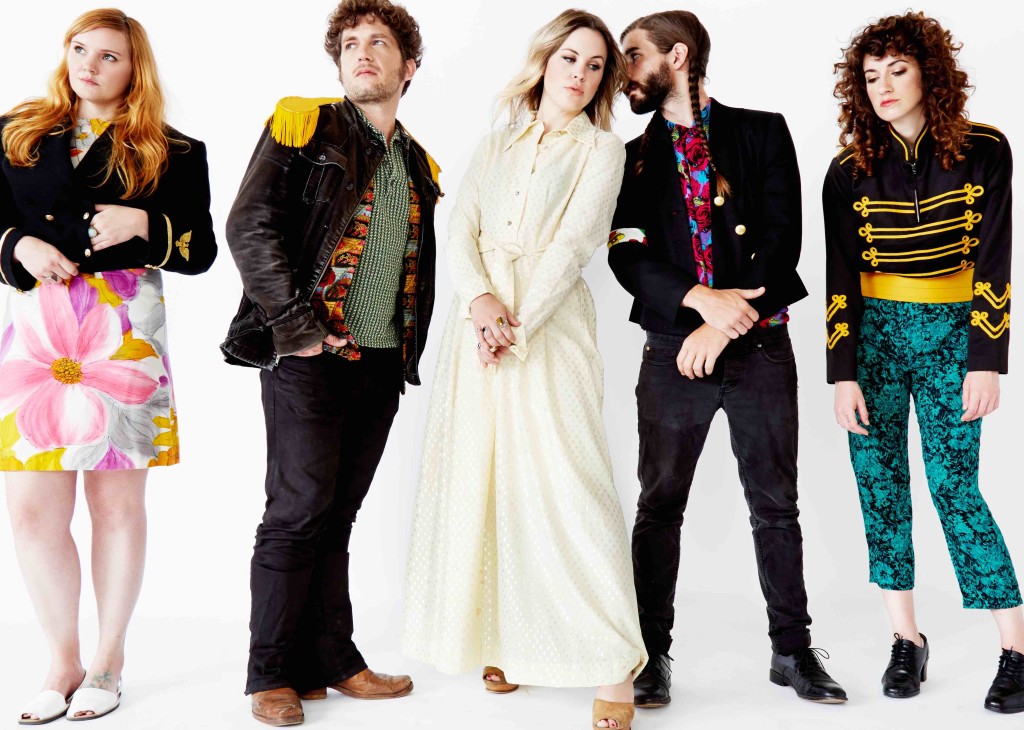 When Sharaya Mikael was traveling through Colorado, she heard a story about a gold miner who dug on his land for years and years. Finally, defeated, he sold the land to a man who dug only three feet before striking it rich. It’s a lesson she’s held with her ever since: You never know how close you are to something. It’s been true for Mikael’s band Banta, who have continued to find themselves on the cusp of success, knowing that perseverance will always carry them forward. The group, which formed in September of 2013 after Mikael moved to Los Angeles from Nashville where she’d been pursuing a solo career, knows that a career doesn’t develop overnight – and they’re willing to put in the time.

Mikael, who grew up in Portland singing and playing guitar, called it quits on a stable career in 2010 to follow her musical passion. After moving to Echo Park from Nashville, Mikael realized that her indie rock songs might be best conveyed with the help of a band. The group unveiled their debut EP in 2014, recorded with producer Andrew Stonestreet, and began playing shows around Los Angeles, including the Buzzbands LA Showcase at Echo Park Rising and most recently, a tour with Houndsmouth.

“When I moved to LA and I found the rest of the group, it fell into place,” Mikael notes. “It’s one of those weird things. It really just came together. It’s been amazing because the band takes what I bring to the table with my songwriting and completely rounds it out to create a complete picture.”

When it came time to create Banta’s debut full-length, Dark Charms, Mikael drew from a catalogue of songs she’d been developing for the past two years. For the songwriter, anything can be a possible inspiration for the music and lyrics. “It’s about absorbing, and watching people around me and seeing their stories,” she says. “Usually an idea that will pop into my head and then form slowly. For me, it’s not usually just sitting down and writing a song. It’s having a notebook full of ideas every time something comes to me and then stitching that all together.”

Dark Charms stiches together ten songs, each unveiling its own narrative. Themes of relationships, love and heartbreak thread throughout the lyrics, and Mikael was struck during the writing process by the idea of uncertainty. “White Noise,” a surging, static-laced indie number, questions what in life is true and who you should listen to without all the surrounding buzz. “Three Feet From Gold” draws on the aforementioned story Mikael heard, urging to listen to follow suit when it comes to persevering and always putting one foot in front of the other. “Someday,” the album’s boisterous flagship single, is a throwback to vintage Fleetwood Mac, a feel good song with a pop groove. There’s a distinct vulnerability through the music as Mikael lays her soul bare and reveals her experiences with heartbreak and failure, all the while keeping a positive, must-keep-going attitude.

The songs were recorded beginning in January of 2015 and pieced together over several sessions in Portland and Los Angeles with producers Andrew Stonestreet, Andy Brohard and Ryan Castle. Mikael allowed her bandmates further into the process this time around, encouraged by the various music influences they were able to bring to the table. “I can’t believe this album is actually finished,” she notes. “It was such a long process. It feels like going on a really long hike and looking back down on the whole valley that you just climbed up. I have that standing on the mountain top experience. I’m really proud of all of the tracks on it.”

“As a performer I’m trying to be present and in the moment with people,” she says. “I try to feel what I was feeling when I wrote the song onstage. I want to go back to that place so I’m not faking it. When you’re open with people they can sense it, that you’re being honest and real. I’m just trying to be real with people in my experience as I share it and hopefully they can connect with that pain or joy. Our main goal as a band is to keep making those connections with people.”

Banta’s debut album Dark Charms will be released on June 3, 2016.