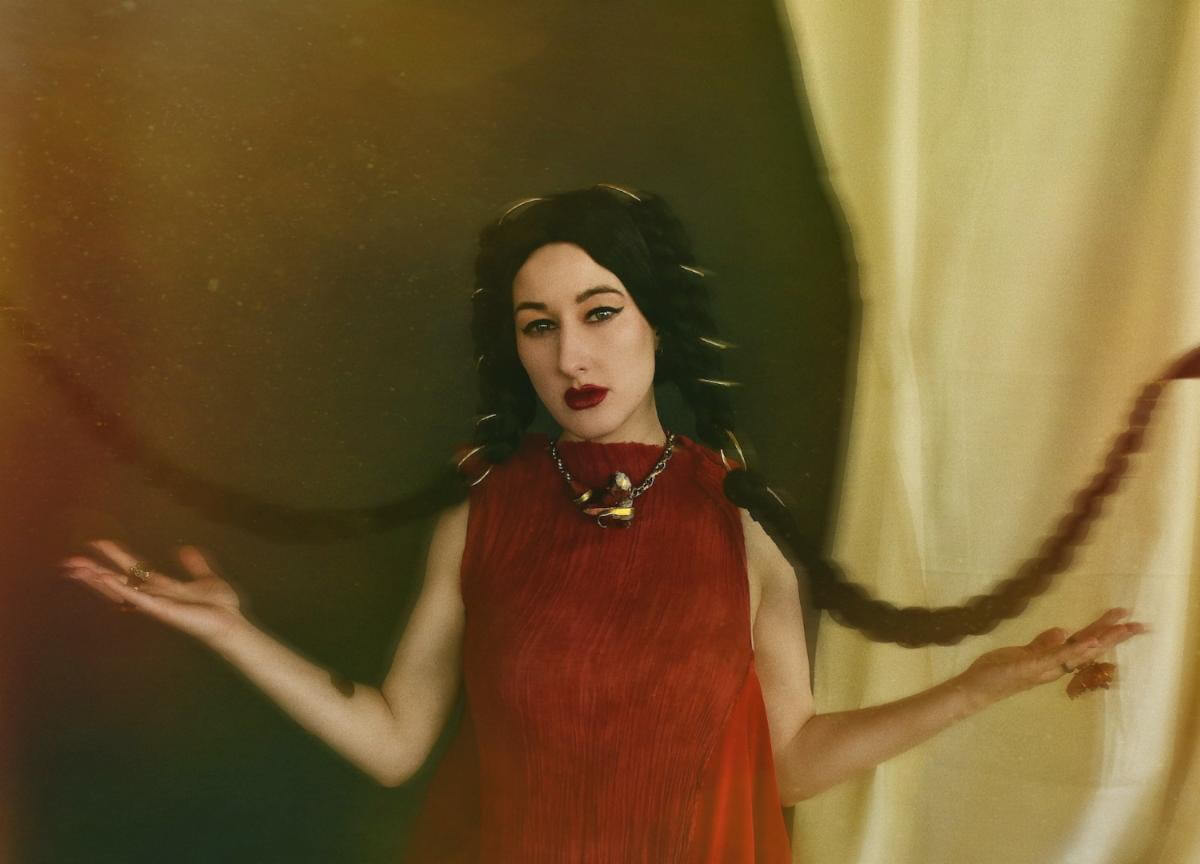 Zola Jesus releases a new song, “Desire,” the second single from Arkhon, her first album in five years, out May 20th on Sacred Bones. The single comes with a new video directed by A. F. Cortes. “Desire” features only Danilova and her piano. The melodies ebb and flow like tides, filling the space only to recede as echoes in the air. It boldy demands compassion and care at the end of a relationship, a final request before it truly comes to a close. Like the song, the video is raw and bare, largely focused on the artist and her piano.

Danilova’s quote on the new track: “‘Desire’ was written in one sitting at my piano at home. The song was an exorcism for my pain and lack of closure around heartbreak. Sometimes songs are written simply for the cathartic effect of playing them. This is one of those songs. Performing it feels like the most tangible way to experience that closure for myself. Some days I would sit at home playing this song over and over on my piano, just to provide myself that sense of control over what I was feeling. I recorded the song at the studio in one take, and also got video while I was there to document the memory of the performance. The footage of that day is the core of the video for ‘Desire.’”

Director Cortes shared their own experience with the song and video: “I’ve seen Zola Jesus perform live many times in the past. Still, nothing prepared me to see the vulnerability of this piece unfolding as it was performed in front of my camera. It was visceral, personal, and profoundly moving. From that first shoot day, I knew I wanted to complement the live performance with a parallel story: A tale of grief, loss, and the capacity of a cathartic metamorphosis to overcome personal trauma. All set in a minimal space, a transitional moment of learning how to let go of the baggage of a previous existence. In making this piece I wanted to capture a unique moment in time that reflects the vulnerability of the music.”

On previous albums, Danilova had largely played the role of auteur, crafting every aspect of Zola Jesus’s sound and look. This time, she realized that her habitual need for control was sealing her out of her art. When the frustration of being unable to create became intolerable, she took a leap of faith and reached out for help, something she had never done this early in an album’s lifetime. “At some point, I had to work with other people. I needed new blood. I needed somebody else.”

Danilova sent her demos to producer Randall Dunn, known for his work with Sunn O))) and on Jóhann Jóhannsson’s score for the film Mandy. She also began collaborating with drummer and percussionist Matt Chamberlain, whose prior work appears on albums by Fiona Apple, Bob Dylan, and David Bowie.

“When I look back at my work, I see there’s a theme where I fixate on my fear of the unknown,” says Danilova. “That really came into fruition for this record, because I had to let go of so much control. I had to surrender to whatever the outcome would be. That used to be really hard for me, and now I had no other choice.”

In her creative process, Danilova instead began forging a relationship with the unknown. Rather than try to hold Arkhon in its entirety at every moment of its creation, she began focusing on the direct experience of making work with others, allowing for spontaneous moments of unselfconscious play. After over a decade of classical voice training, she found that this shift enabled her to ease into her singing voice in new ways, leading her to greater flexibility and agility. “I had gone through a deeply transformational process of inner growth. That annihilated a lot of tension in my voice, because my whole attachment to things changed,” she says.

Arkhon unearths buried tools for bearing grief, loss, and disappointment. The album’s title means “power” or “ruler” in ancient Greek, but it also has a specific valence within Gnosticism. “Arkons are a Gnostic idea of power wielded through a flawed god,” says Danilova. “They taint and tarnish humanity, keeping them corrupted instead of letting them find their harmonious selves. I do feel like we are living in an arkhonic time; these negative influences are weighing extremely heavy on all of us. We’re in a time of arkhons. There’s power in naming that.”