12 months ago
Words by Katie Tymochenko 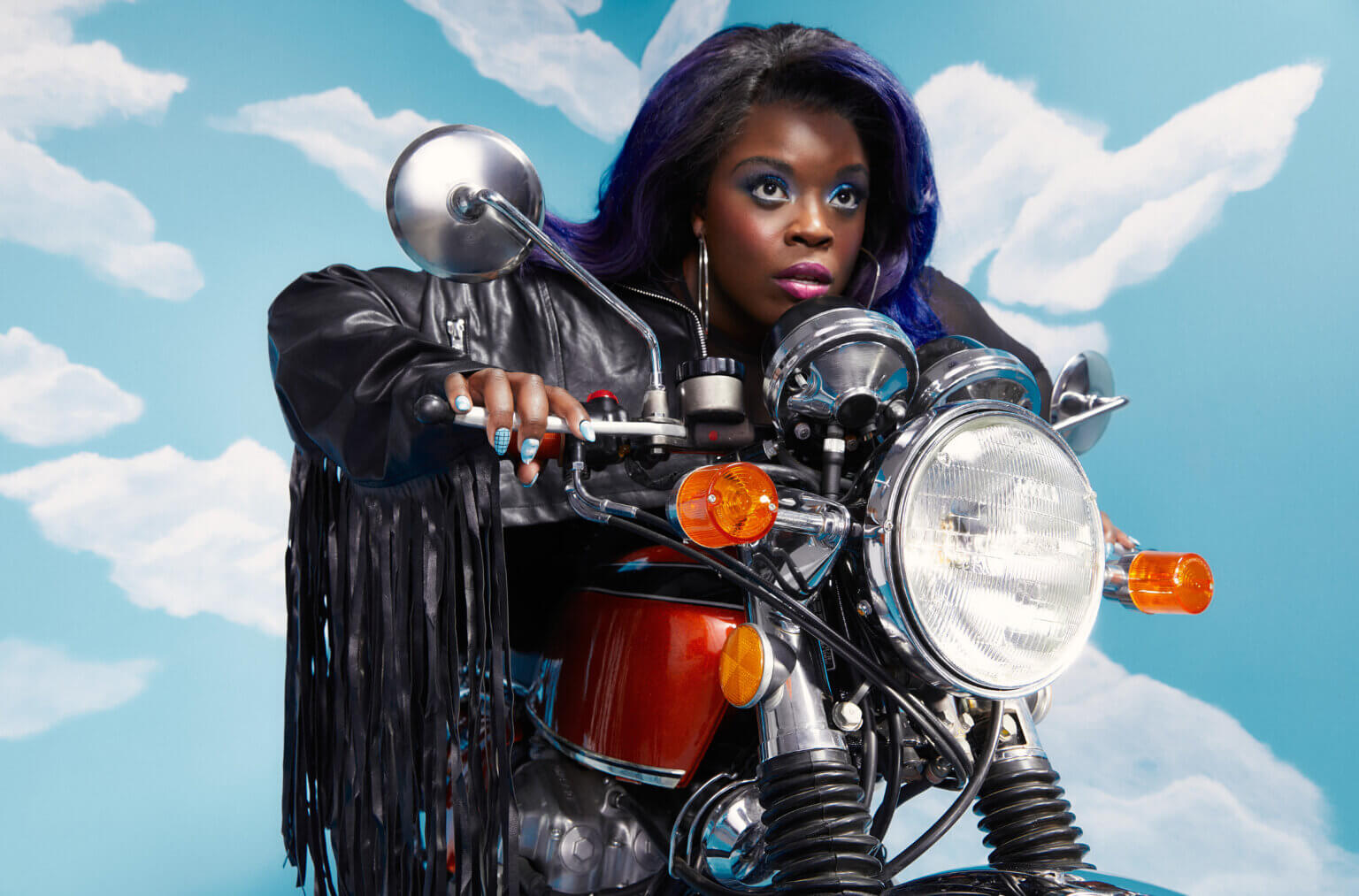 It’s been a busy couple of years for Yola since her breakthrough record Walk Through Fire came out in 2019. The album garnered four Grammy Award nominations that year, including Best Americana Album and Best New Artist. While she walked away empty handed that night, the industry already crowned her the new Queen of Country Soul and from there it’s been a wild ride ever since.

But the success and attention hasn’t always been like this. For years, Yola was actively involved in London’s music scene as a writing and recording musician for bands like Massive Attack and Bugz In The Attic. Her solo career didn’t take off until a move to Nashville in her 30’s, which caught the attention of Dan Auerbach from The Black Keys. He signed her to his label, Easy Eye Sound, and from there Yola crafted herself into a genre-fluid songwriting force to be reckoned with.

While Auerbach heads-up Easy Eye Sound he also acts as producer and often-times co-writer for many of Yola’s songs. On the outside looking in, it seems as if their songwriting partnership has flourished since day one, when in actuality it’s something that had to grow over time.

“The development of our relationship was really how to work together, like actually getting to know each other and our skill sets. I think on this record we were most able to make use of that and dovetail our skills on this record because we knew what the hell they were! That seems like a very basic answer but it’s also essential to making a record.”

Despite Yola’s new album Stand For Myself, being recorded in 2020, many of her latest singles were actually pulled from her back catalogue. Her process works by writing and performing songs live until they eventually work themselves out, with final touches coming in the studio. Hits like “Diamond Studded Shoes” and the album’s title track “Stand For Myself” were written between 2016-2018 but weren’t ready to be released until Yola transformed into the writer and performer that she is
today.

“I was always writing about my progress of being ‘Doormat Yola’ to being Yola with some sense of joy and agency in her life.” She explains, “Especially when a song like ‘Break The Bough’ comes into the conversation. That’s a party song about the death of my mother! I’m not going to throw that into a situation were I haven’t met anybody, you’ve got to feel safe.”

On the topic of her late mother, Yola credits her disco-americana sound to the influences of her mother’s record collection. Everyone from Barry White to Earth, Wind & Fire and the Bee Gees were staples growing up along with a healthy mix of country music and rock n’ roll.

“My mother was obsessed. Her biggest obsession was disco and so it was a very big part of my life… one of my favourite drummers of all time is James Gadson, you’ll be acquainted with his drumming style from the breakdown in “‘Aint No Sunshine” by Bill Withers. It’s easy to forget how groovy it is until you re-listen to it and you go ‘oh my god, that’s like the sexiest thing you’ve ever heard.’” She continues, “It feels like that kind of aesthetic and that feel has been the foundation of other genres of music that I like, including disco.”

Stretching her talents even further, Yola will be a featured cast member in the upcoming Elvis Presley biopic, set for release in 2022. Directed by Baz Luhrmann (Romeo + Juliet, Moulin Rouge! and The Great Gatsby) the film will see Yola portray rock music icon, Sister Rosetta Tharpe. Known as the Godmother of Rock N’ Roll,

Sister Rosetta Tharpe was the first guitarist to start using heavy distortion on her guitar, paving the way for electric blues to rise. Despite her significant contributions to rock music, Tharpe has often times been overlooked in the genre and wasn’t inducted into the Rock and Roll Hall of Fame until 2018.

“It’s so important to be able to lift her name a lot, because in lifting her name we’re lifting the legacy of Black women…it feels like I’m doing a wonderful service to be lifting her name to its rightful place which is in the most hallowed halls of music.” While the singing part came naturally to Yola, to be able to play the guitar like Sister Rosetta Tharpe was a bit more challenging.“She shredded like a motherfucker, so I had to learn how to shred!”

If her performance on the big screen is anything like her stage show, then it’ll be nothing short of extraordinary. While her records are deep and meaningful, on stage she brings her music to life with her dominating vocal range and infectious personality. Seeing her live is like one of those nights with friends where your face starts to hurt from smiling and laughing so much.

Currently, Yola is finishing a summer run of festival dates before she is set to open for Chris Stapleton this fall in the US. From there, she’ll kick off her own headlining tour in February which is set to make stops at legendary venues like The Fillmore in San Francisco and Nashville’s Ryman Auditorium. Her new live show will up the tempo from her previous tours and will focus on bringing disco into the worlds of folk and Americana.

“That’s really the energy that we’re trying to bring here, is just high energy groove- based music… I’m somehow simultaneously getting groovier and dancier, but lyrically deeper. You’re not having to trade off one for the other by any stretch of the imagination!”