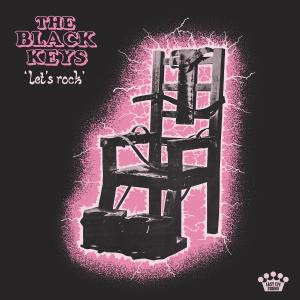 Along with the Raconteurs, another hugely popular rock band have made their grand return this year: the Black Keys. “Let’s Rock”, their ninth studio album (and first in five years) stays true to its title. After dabbling in danceable vibes and even in a hip hop side-project (Blakroc with Roc- A-Fella Records co-founder Damon Dash), Dan Auerbach and Patrick Carney are back with an album that Carney calls “an homage to the electric guitar.”

For the album, the duo tapped into the creative approach and energy that have always driven the Black Keys. They picked their no-frills approach back up. Dan and Patrick not only looked to their younger selves for inspiration, they looked to classic albums, too. The Stooges’ Fun House featured few frills and even few lyrics; ZZ Top’s First Album also featured few drum fills and focused on rhythm and melodies; T. Rex’s Electric Warrior called to Dan and Patrick with its simple guitar hooks and drum beats.

The 12 tracks on “Let’s Rock” are straightforward and pack plenty of thrust to move listeners’ hips. From opener “Shine a Little Light” through “Eagle Birds” to first single “Hi/Lo,” “Let’s Rock” is a head-bobbing album of feel-good riffs and, despite the album’s touted simplicity, impressive guitar solos. “Go” is a heat-seeking sizzler. “Under the Gun” might be as classic rock as the Keys get; it has a riff you can hit the open road to on four wheels, and not just because Dan sings, “On the road, but I’m on the run. I ain’t no fun when you’re under the gun.”

“Let’s Rock” is a fine throwback affair even when it deviates from straightforward rock; hear the roughly hewn electric gospel of “Walk Across the Water,” for example. “Every Little Thing” adds a bit of drama to the album, but the Keys sound like they’re keeping calm. “Get Yourself Together” is a reverb-soaked saloon jam. “Sit around and Miss You,” despite its title, is sunny with a mild dose of psychedelia; it sways just a little bit like “Stuck in the Middle with You,” but it bends like a blues rock number. And “Let’s Rock” is rinsed with backup vocals by Leisa Hans and Ashley Wilcoxson, adding a mellifluous sheen to the album.

The quotation marks in the album title, “Let’s Rock,” are important. The Black Keys are aware of what they’re doing, of how closely they’ve veered next to rock ‘n’ roll at its some of its most elemental. Although the band have yet to falter, “Let’s Rock” sounds like a rejuvenating return to form, rather than an exhaustion of ideas. 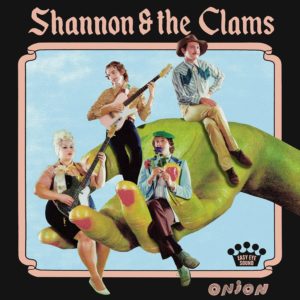