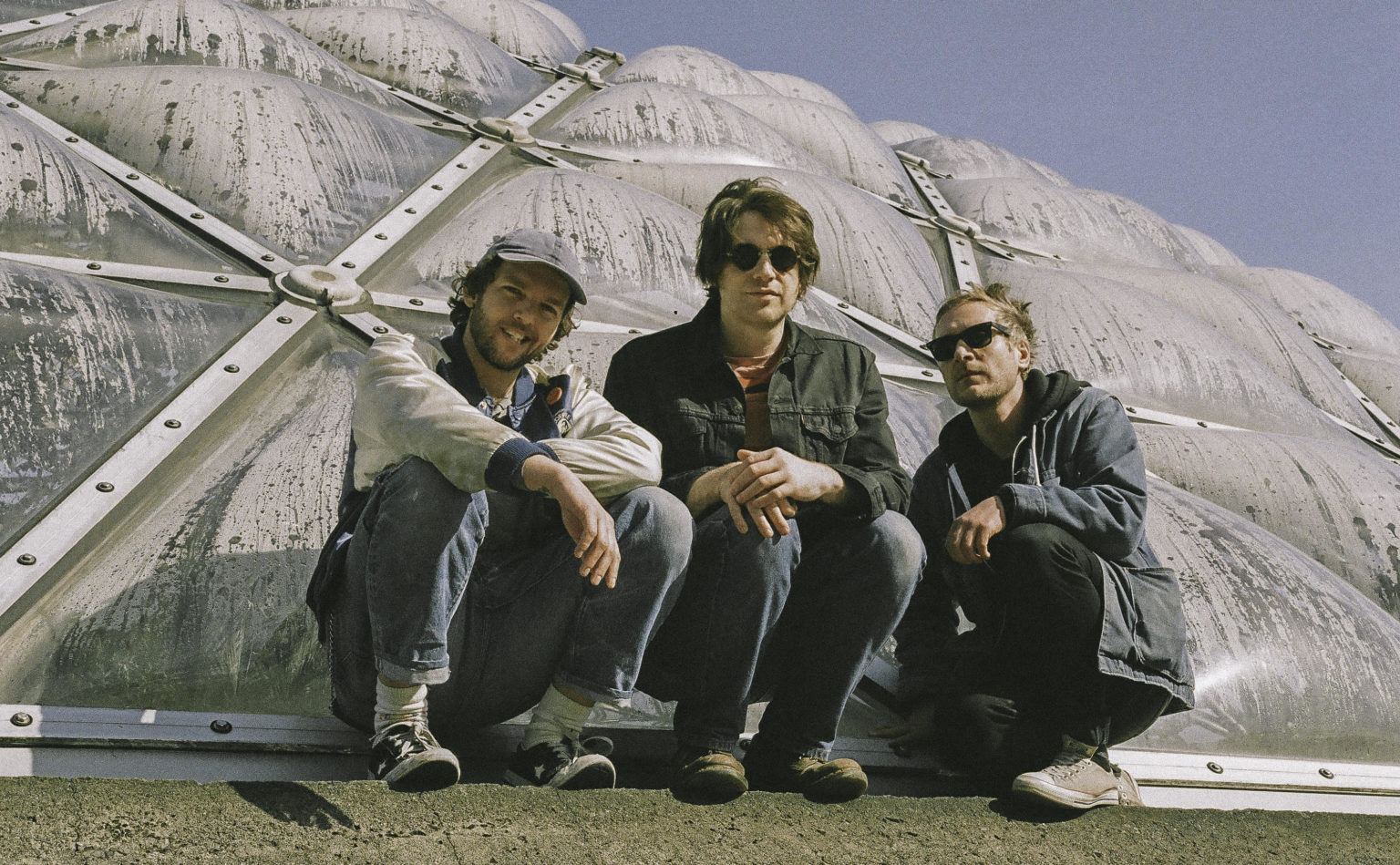 Vancouver, Canada’s War baby, will release their new album You Are Not here on March 20, via Bummer Records/ Kingfisher Bluez (Peach Pit, Selector Dub Narcotic, Deaf Soft). The trio make music that is influenced by a number of artists, including Unwound, Jesus Lizard, The Replacements, just to name a few. Live, War Baby have played shows with Eagles Of Death Metal, Pink Mountaintops, White Lung, Helms Alee, Royal Blood and more. Ahead of their album’s release the trio has shared a new video for “Pipe Down.” To date, War Baby has released two EPs—Permanent Guest (2010), Coma Kid (2016) —and two LPs—Jesus Horse (2013), Death Sweats (2015). The trio includes Jon Redditt Guitar and Vocals, Kirby J Fisher Drums and Vocals and Brock Allen Bass and Vocals.

For the band’s new Jordan Koop (The Courtneys, Orville Peck, Wolf Parade) produced record, You Are Not here, the band began with a loose set of ideas for songs that were far from complete. Throughout several sessions, spaced out by months of time, the resulting recording was the most varied and collaborative of all their offerings to date. A split release between Vancouver’s Kingfisher Bluez, and War Baby’s own imprint, Bummer Records.

I never have a clear idea of what I aim to accomplish when I first start these video projects. My only goal is to create something that is visually compelling and serves the song, to the best of my abilities. It’s a ton of work, but I learn something new every time. If I have to comment, I suppose the running narrative, if any, boils down to the consequences of willful ignorance. The ensuing afterbirth of post-truth politics, post-democracy. Classic sci-fi horror shite. No wait, it’s a comedy. Don’t happy be worry. I don’t know.

“The video for Pipedown exists in the same realm as our last video “Coma Kid”. A Lynchian, post-apocalyptic nightmare warning, not totally unlike the World we see outside- where “Leaders” never truly go away, technology and A.I. rules supreme and cruelty is the only currency. ”

War Baby
You Are Not Here
Kingfisher Bluez / Bummer Records

Save on Spotify here