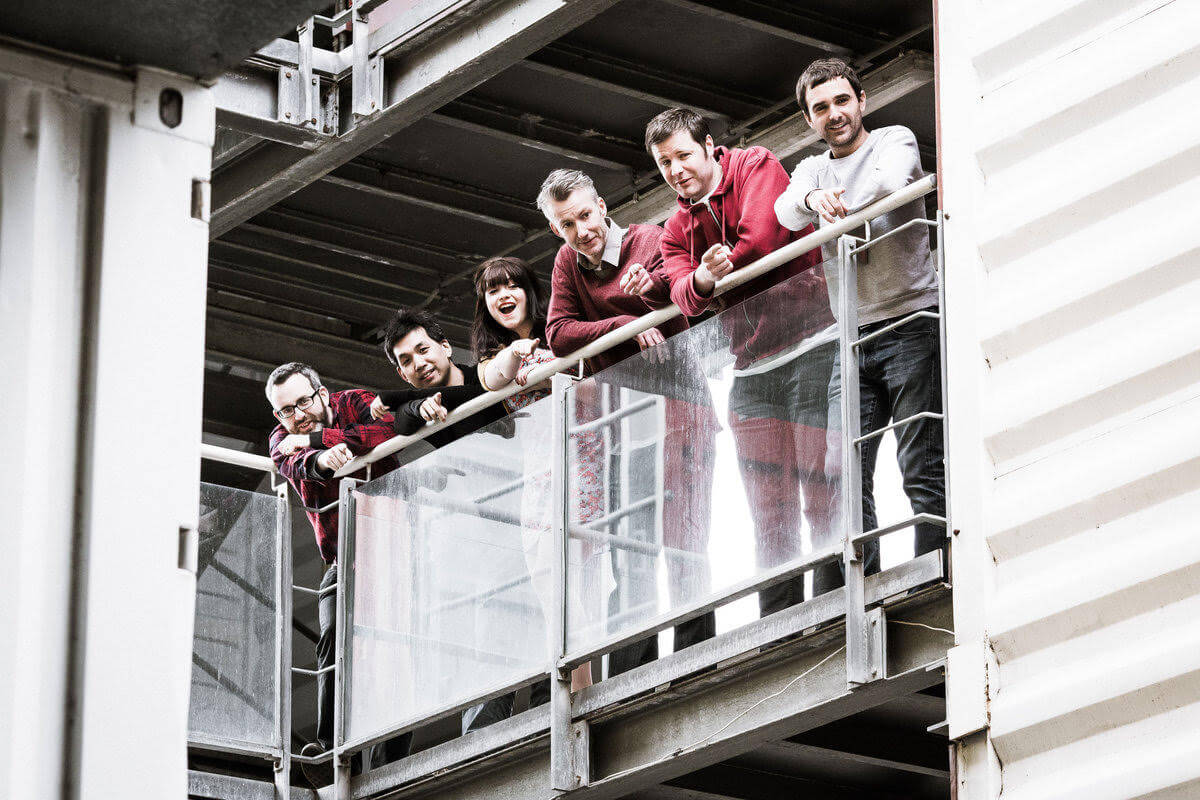 March 5th, sees the release of World of Carp by Cambridge, UK band Model Village. The LP will be available via Kingfisher Bluez (Jody Glenham, Gum Country) and various streaming services. Ahead of the album’s arrival The indie-pop band have shared a video for album track “Insufferable.” I’ve longed for more music from the Go-Betweens, this is helping fill that void.

“”Insufferable” is about those friendships where you get each other into a lot of trouble and things a bit too far – which gets a lot harder to keep up with as you get older. I ended up getting my first tattoo shitfaced in my 30s because we drank too much and thought it would be funny, but woke up the next morning absolutely dying and thinking I was too old for that shit. The next day I went to get some paracetamol from the newsagent across the road and told him about the whole thing and sort of cried at him and he (18 years old, braces, clearly a good kid who tries hard in school) looked at me and clearly thought I was too old for this shit as well. The joke’s on that friend though because her brother got me pregnant so now she has me as her fucking sister which is the ultimate prank!”