After the release of his debut solo album, Emotional Freedom Technique, Dave Depper has shared the album’s first video for “Your Voice On The Radio”, a song which features the Death Cab for Cutie guitarist’s longtime friend and collaborator, Laura Gibson. Directed by Christopher Harrell, the concept for the video, which stars both Depper and Gibson, “came from Dave’s love of vintage synths and my love of colorful music driven pieces,” according to Harrell. “Having Dave’s collection of beautiful instruments to draw from was the perfect palette for creating this deconstructed vision of the song. In the end, we wanted to create something that felt nostalgic, colorful, and a just little weird.” Emotional Freedom Technique, is out now on Tender Loving Empire. 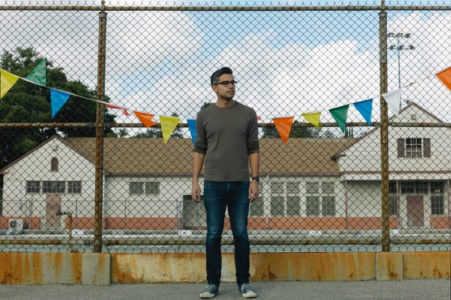