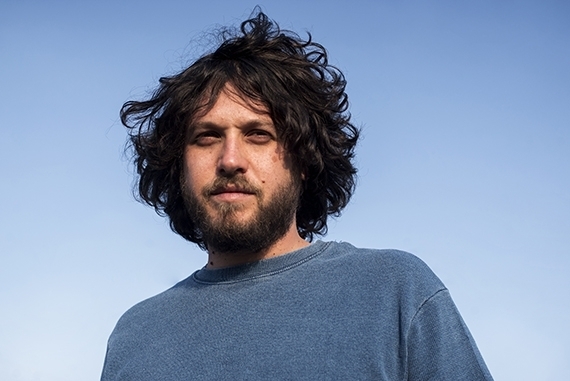 “I wanted to have a bigger range of temperatures and atmospheres”, with Spiritual Sleaze encompassing a number of moods: blissful ambience on “Crystal Lagoon” and “There Is Time”; cosmic spirituality on “Pre Memory Circle” and “Heart Way or No Way (Chapeau)”; low-slung beats on “My Beans” and Jenny Penkin’s soulful vocals on “Lemons”.

Based in Tel Aviv, Rejoicer says, he’s acutely aware of the contrast in his life, as he is able to live peacefully and creatively only fifty miles from the terrible and violent occupation in Gaza. Though able to practise yoga and meditation, and pursue his creative process, he’s keen to point out that any spiritual practice is always underpinned by something more earthly and material.

For Spiritual Sleaze’s visual universe, Rejoicer teamed up once again with his visual collaborator Jengo, whose artwork for the album was made to resemble alien rocks, coal from a different planet, or lucky stones — items of obscure natural origin that, much like Rejoicer’s music, leave meaning wide open to interpretation.