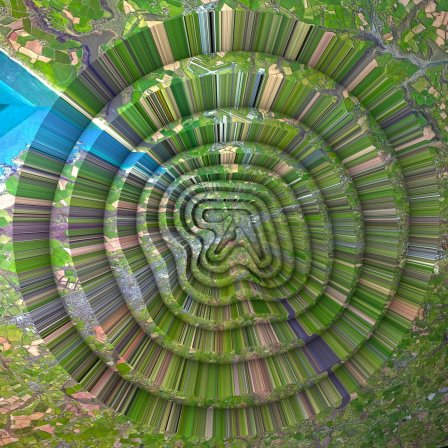 Though Aphex Twin usually pushes the abrasive limits of electronic music, his latest work is surprisingly accessible. Filled with strange new sounds even for Aphex Twin, this record sees a steadier beat than usual offering something both weird but listenable. While short, this record is one that may offer Aphex Twin a spot with broader club audiences.

“T69 Collapse” rushes out with fierce beats that almost sound like they’re fighting each other, let alone the grooves of the track itself. Even with how busy the song can be at times, there’s a depth behind every little note that shows a true sense of care to the work that Aphex twin is doing now. As the song shifts into a glitch-fuelled second half, there’s a harsher edge to every sound that feels like gun shots hitting against electronics. With a back and forth of rough energy, this track will get you moving as much as it tests your patience.

The warped shouts of “1st 44” takes a very battle-ready sound and twists it into something kind of creepy. While some moments of the track are harsh enough to feel like they’re too much, others float enough to leave you a little bored. Though it eventually gets back into a frantic balance of sounds, much of the track feels far too ambient for its own good. The war-like battery in its final moments however really make a sound that will haunt you for some time.

“MT1 t29r2” however is a much more testing listen with its flickering tones and a range of electronica that is distinctly heavy. Aphex Twin pulls a lush mix of dreamy tones out of this space however, and slowly infects his powerful beats with plenty of hypnotic keyboards. Unfortunately his insistence to keep swapping between different energies keeps the song from gaining enough proper momentum to sustain a whole listen. This said, there are a lot of cool moments at this end of this track that show why Aphex Twin is such an intriguing musician to follow.

As complex and equally lazy as the naming is for “abundance10edit[2 R8’s, FZ20m & a 909]” it has a distinctly focused sound compared to much of the EP. Amidst its bubbly synth bass and many of its ambient runs, little vocal cut ins create an odd tension in the track. The cold metal ring of percussion only adds to the horror-like energy behind its club beats, as a sort of harshness washes over the emotion of the track. Though it holds onto its biting energy, this is strangely one of Aphex Twin’s most accessible and straightforward tracks in some time.

Warping synths die out with an ominous energy on “pthex” as they become heavily overshadowed by the loud drums behind them. Though this would ruin the energy behind the track, Aphex Twin drives the production forward a lot more rapidly and consistently than any other offering on the album. Held together by a strict rhythm, the song shows off how much exploring he’s been up to on his keyboards lately.