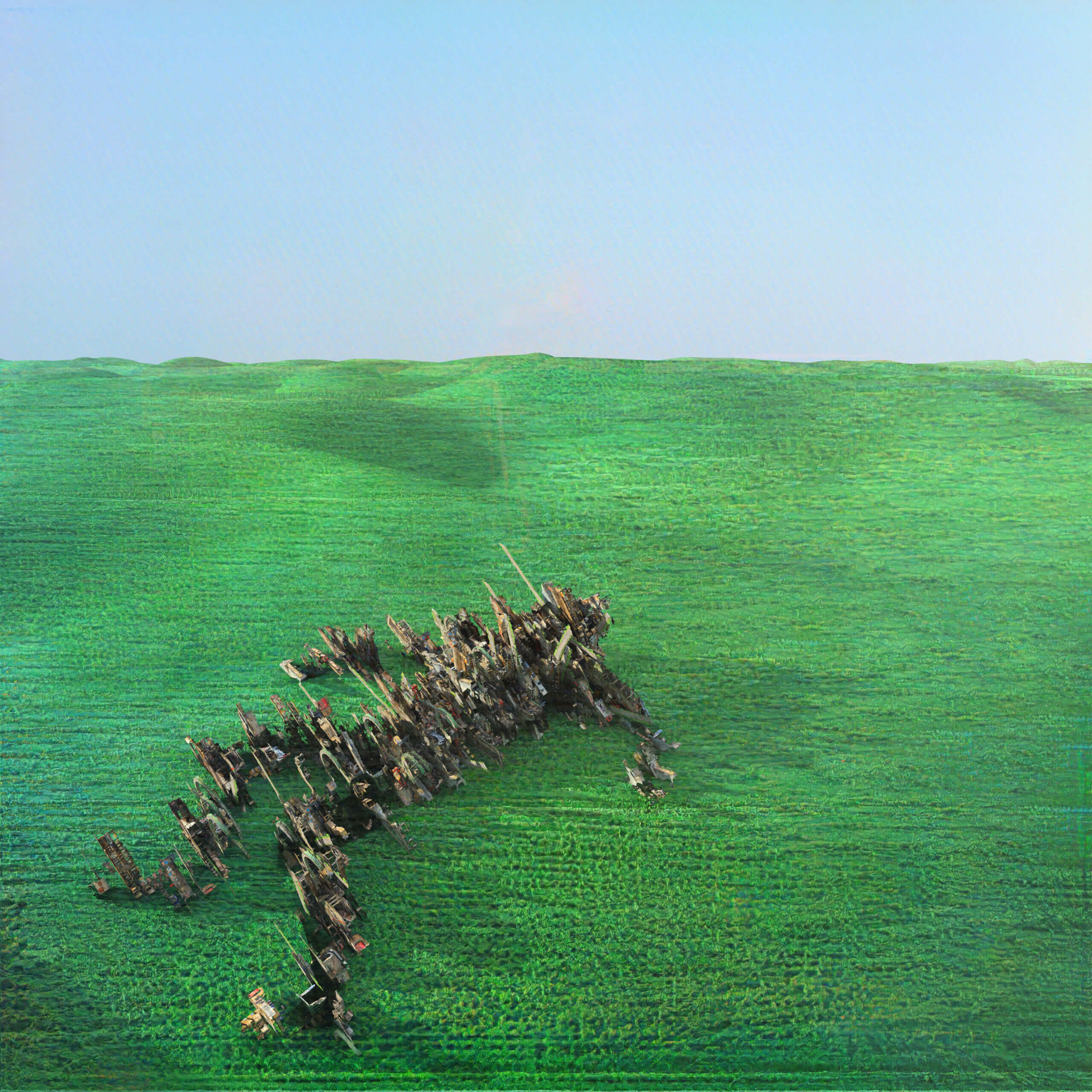 Squid’s debut album ‘Bright Green Field’ is a rich melting pot of disparate influences; it’s where discordant post-punk aligns with jazzy rhythms, math-rock tendencies and pockets of ambient calm that spasmodically erupt into feral cavalcades of noise. It’s the unified result of five people’s creativity colliding and coalescing at the same time. Following on from their debut EP ‘Lino’ and a slew of singles, the Brighton quintet set out with a manifesto: their primary long player would consist of wholly new material, everything that’s come before is now consigned to the past. Ruminating on his band’s first full length offering drummer/vocalist Oliver Judge states “this album has created an imaginary cityscape.

The tracks illustrate the places, events and architecture that exist within it. Previous projects were playful and concerned with characters, whereas this project is darker and more concerned with place – the emotional depth of the music has deepened.” If ‘Bright Green Field’ has constructed a make-believe metropolis, it’s one that’s been designed with a Gaudi-esque eye for the peculiar or something closer to the way Paris’ physics are warped and misshapen in Christopher Nolan’s 2010 epic ‘Inception’, given how contorted and at times, garish the album can appear.

Your first stop on this magical open-top bus tour is ‘Resolution Square’ as ‘Bright Green Field’s opening track introduces itself with purr of minimal noise and incoherent chatter. The instrumental intro is gradually enveloped by ‘GSK’, which is where the fun begins. A dislocated groove saddles up to juddering percussion, with brass, drum machines and all manner of awkward, weird noises forging an undulating soundscape. Judge’s vocals pitch themselves somewhere between sung-spoken and yelped, as he states “I hope my dinner is warm” (the first one of many lyrical titbits that are curiously ambiguous but compelling). From here on in the bar has been set, expect the unexpected – anything goes. Each track is its own odyssey, no song begins and ends in the same manner – dynamics shift and go through their own audio metamorphosis. ‘Narrator’ sprawls over eight minutes, spreading itself out over awkward, danceable rhythms, hyper energetic instances that collapse to nothingness and everything in-between. ‘Paddling’ adopts a similar tact but with added sci-fi noises and drones that are interwoven within the song’s off-kilter peaks and troughs. Lyrically, again, Judge drops another odd-ball piece of wordplay “patient and in control/dig holes like a mole.” Squid’s penchant for jazz is represented on ‘Documentary Film Maker’, a moment on the record that ripples and traverses with an opaque fluidity, where brass drawls create a melancholic mood. The band’s stickman-singer is on hand with some sage grocery shopping advice too “because the eggs are always cheaper the day after Easter”. Too right they are, if you get yourself to the big Sainsbury’s on Easter Monday, you can pick up a right bargain! ‘2010’ fidgets and glistens initially but soon explodes like a massive art-rock firecracker, in a track that marries the calmer side of Squid with the band’s occasional lust for all out carnage. Another eight minute opus brings ‘Bright Green Field’ to a close; ‘Pamphlets’ writhes with a nervous energy, as stunted guitars butt heads with frantic drums. The earlier occurrences of franticness subside briefly before leaping into another circuit of staccato post-punk peculiarity. There’s notions of residential areas, nodding back to the “imaginary cityscape” the quintet’s album is based upon. These present themselves via Judge’s unhinged yelps “I’ve got a new car on my drive” and “I’ve got flag poles firmly in my sight” gestures towards pleasant suburbia but the repeated, agonised shout of “I don’t go outside” hint at agoraphobia and isolation. Fittingly ‘Pamphlets’ brings the album to a close via an elongated, jammed outro, punctuated by jerky percussion and strange alien noises.

Suffice to say, Squid’s fictional municipality is an extraordinary place to spend your time and one that encourages repeated visits.