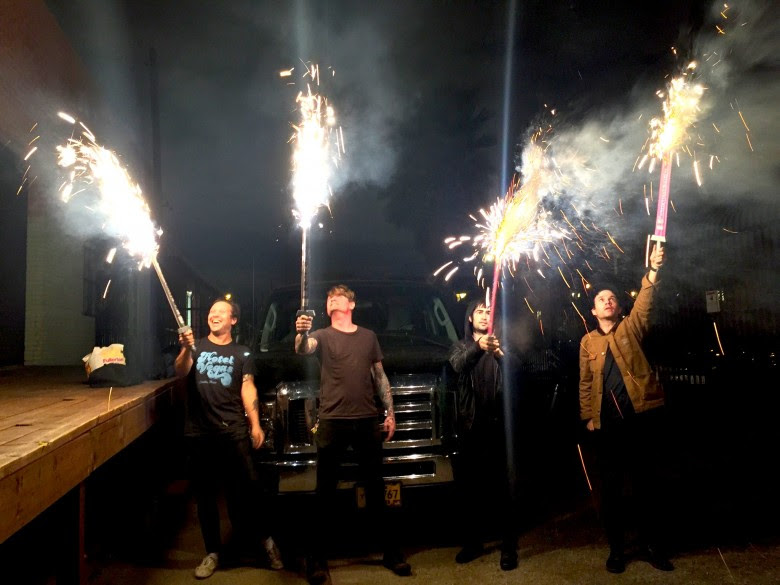 Today, Thee Oh Sees have announced their Live in San Francisco double LP, with a live version of “Web”. Recorded over three nights at San Francisco’s The Chapel and presented on a double gatefold LP, the record is composted of live video shot by Brian Lee Hughes, photographs and recording.

Finally, Oh Sees fans have something to take home with you when you lose your shoes and your girlfriend at the show. Put it on at home and pretend to wait in line for the bathroom and it’s like you’re really there. The thrash, the throb, the mob is all present and pushed to the front. Dual drummers synced in each ear, Tim Hellman rounding out the bottom and Castle Face’s own John Dwyer lasering young brains off and fomenting the crowd to a froth up front on guitar – it’s a great band, in a great room, with a great crowd and it’s cooked to perfection…take a little bit of it with you this time.

Perched in the belfry of The Chapel we caught thee mighty Oh Sees, alive and in their natural element, with our shutters aflutter and our tapes on a roll. After a short incubation period the beast has reached full maturity and it is hideous. Over three nights they pummeled, and we’ve culled some great photographs, a wicked recording, and even a little live video action that we’re very excited to share with you. Presented to you on two discs, in a handsome double gatefold LP, with live video shot by Brian Lee Hughes and his crew of merry gentlemen on an included DVD, we are happy to announce our first double LP of the “Live in San Francisco” series.