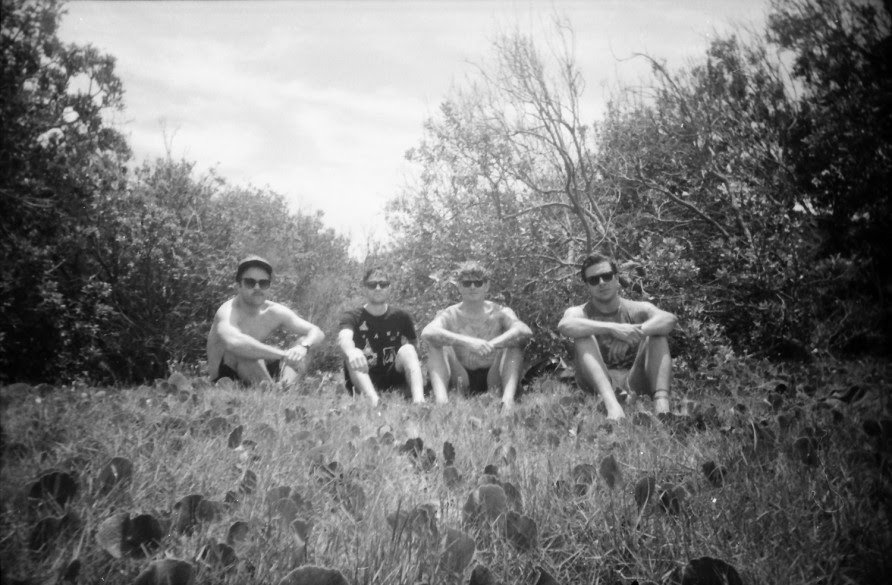 Photo credit: John Dwyer
Share on TwitterShare on PinterestShare on PocketShare on RedditShare on FacebookShare on Email

Today, Thee Oh Sees have announced A Weird Exits, with the new track “Plastic Plant” and a large upcoming US + EU tour. All tour details are below.

Emerging from the distant light we have a new double LP from our own John Dwyer’s Thee Oh Sees. The first studio recordings to capture the muscular rhythm section of double drummers Ryan Moutinho and Dan Rincon with ringer bassist Tim Hellman cracking spines, the groove and bludgeon we’ve come to expect from the live shows is captured seamlessly here – they go from zero to head-splitter from the get-go and on the rare occasions they do let up on the gas a bit, we’re treated to some locked-in hypnotizers, too. The guitar sounds more colossal and ethereal at the same time, riding roughshod over the vacuum sealed rhythm section, spiraling skywards, and diving into the emerald depths so quick your guts tingle. Synths, strings and smoke soaked things crawl behind the scenes to make an extra far-out party platter. Served on 45 rpm plates for most excellent listening quality. With amazing visuals and a side D etching by air-brush-van-art maestro Robert Beatty and packed in vape-proof goat skin. It’s a beast and it can be yours should you choose come August 12th…..come on now.