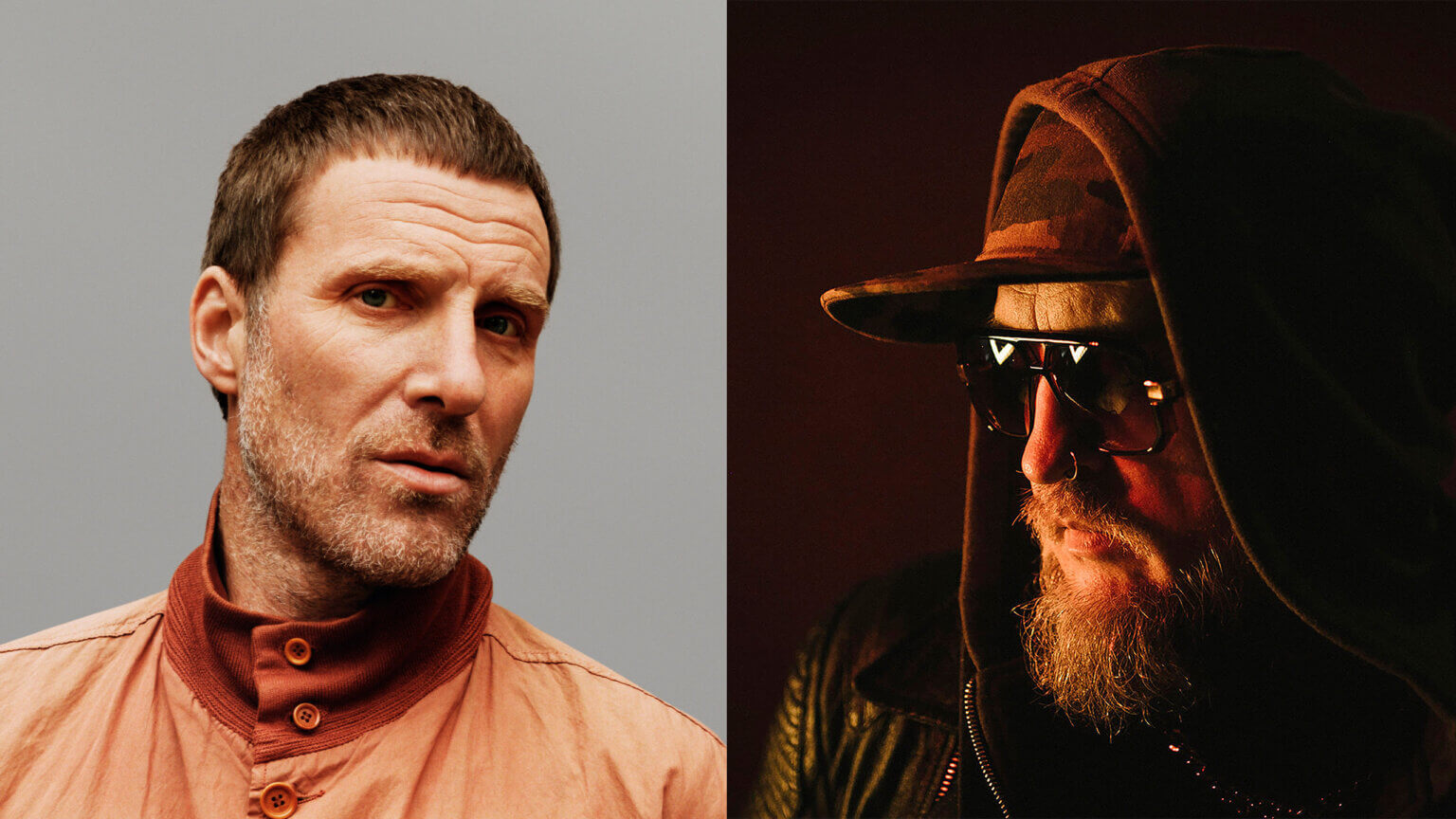 The Bug releases two new song’s "Treetop" and "Stoat," both featuring Jason Williamson of Sleaford Mods
Share on TwitterShare on PinterestShare on PocketShare on RedditShare on FacebookShare on Email

The Bug, is back with two new song’s “Treetop” and “Stoat,” both featuring Jason Williamson of Sleaford Mods.

Jason Williamson said of the releases…
“Both Stoat and Treetop tread the usual path lyrically for me, nonsense mixed in with little micro story’s of whatever. Excuses to get out frustrations and anger. I’ve been talking with Kevin for a few years now as regards doing some tunes. Matching something to The Bugs music was always on the cards, a chance to shape different vocal approaches to a certain degree which is deffo evident on Stoat I think. Love both tunes. Proper. Bang into this collab.”

The Bug added
“Reared on Mark E Smith and Crass, how could i not be blown away by Sleaford Mods? Since first hearing ‘Austerity Dogs’, I was smitten by Jason’s razor sharp lyricism and punk as f-ck delivery. So when we first chatted on Twitter a few years ago, casually raving about a mutual love of anti-social American hip hop, we pretty much immediately discussed the idea of a collab. And tho’ it took a few years to actually realise the concept, 2021 seems like the purrrfect time in terms of global social meltdown and the release of my album ‘Fire’. It’s been a joy to work with Jason on these tracks and we are already discussing the idea of more to follow…”

The Bug is always on the lookout for chances to create the kind of sonic bedlam that has fired and inspired Kevin Martin over two decades of projects including noise outfits God and Techno-Animal, Zonal, and the dubtronics of King Midas Sound, as well as a number of one-off releases on various labels across the sphere of experimental and avant-garde electronica. Initially conceived as a vehicle for an alternative soundtrack to Coppola’s paranoid classic ‘The Conversation’ (1997’s “Tapping The Conversation” LP created alongside DJ Vadim), The Bug became the project in which Martin could fully explore his increased fascination and obsession with the MC cultures of Jamaican dancehall, grime and hip hop. Through 2003’s “Pressure” and 2008’s “London Zoo” (his debut for Ninja Tune) The Bug became the musical entity in which Martin’s own revolutionary ideas about sound could fully clash and mutate through collaboration with a welter of astonishing MCs, many of whom express their ongoing solidarity on “Fire”. The Bug has also remixed the likes of Thom Yorke and Adrian Sherwood, worked with likes of Burial, Grouper, Earth and Kode9 and been remixed by Autechre.

About Jason Williamson
Williamson grew up in Grantham, Lincolnshire and was Inspired by mod sub-culture and music like the Wu-Tang Clan, he spent several years pursuing music unsuccessfully, both with various groups and as a solo singer-songwriter. In the 1990’s he also worked as a session musician with local artists as well as Spiritualized and Bent. He first started Sleaford Mods in 2006, before being joined by Andrew Fearn in 2010 on production duties, freeing him up to concentrate on the vocals. Williamson rants about politics, injustice, and pop culture with outrage, scathing humour, and every so often, rough-edged poignancy. The duo’s first officially released albums, which included 2014’s “Divide and Exit”, quickly won acclaim for their brash sounds and words. Sleaford Mods’ sound grew more somber on 2017’s “English Tapas”, which became a Top 20 hit in the U.K. On albums such as 2021’s “Spare Ribs”, they contrasted the grim realities of their subject matter with a more colourful, melodic approach. Williamson has collaborated with The Prodigy and Leftield amongst many others.

Order both tracks by the Bug HERE