Tenant From Zero is the recording persona of Paul Darrah. The Brooklyn based singer/songwriter releases his debut album, Flight via La Bella Figura Records on January 22, 2021. Ahead of the album’s release he has shared a video for “The End Away.”

“Flight is my attempt to take the music that I’ve loved since I was in my teens and give back to it in some way. I’ve always been drawn to artists with a certain kind of romance and melancholy about them like Bryan Ferry, and that really comes through on this album. Certain 1980s artists that fall into the “sophistipop” or adult contemporary tags can be heard throughout Flight either in the arrangements or in my voice (David Sylvian, China Crisis, Everything But the Girl). I just want people to hear it and hopefully be moved by it.” 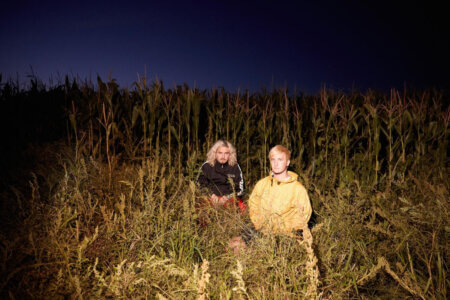