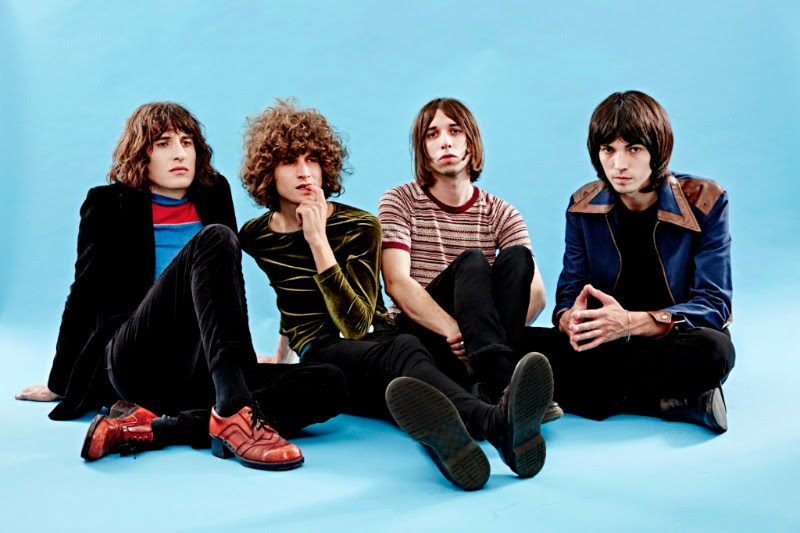 Temples, will release their full-length, Volcano, via Fat Possum on March 3rd. The band’s announcement comes on the heels of their North American tour. Today, the band have released the video for their new single, “Certainly”, directed by Alden Volney. He describes it below.

“This is based on a recurring dream I have been having since childhood about getting into a sea of plastic. So when the band approached me about doing something inspired by those JPOP videos that ooze quirkiness and eccentricity, I thought injecting the color palettes and aesthetics of Japan into this idea could be a good fit. It’s designed to feel like a fever dream you’d have after spending too much time in a Japanese dollar store.”

Entirely self-produced and written by all four members of the band, Temples’ melodies seem to come effortlessly. There are sun-dazed numbers and lysergic dream-pop songs and those where synth and mellotron interweave to beguiling effect. One thing is certain; it’s harder to spot the influences this time around. Mystical language has been supplanted by something more direct. They’ve been broken down and blended together – fossilized into a single source of creative fuel, resulting in a sound that is undoubtedly Temples. As described by co-founding member Warmsley, “we discovered a lot as we went along, and the excitement at having done so radiates outwards.”