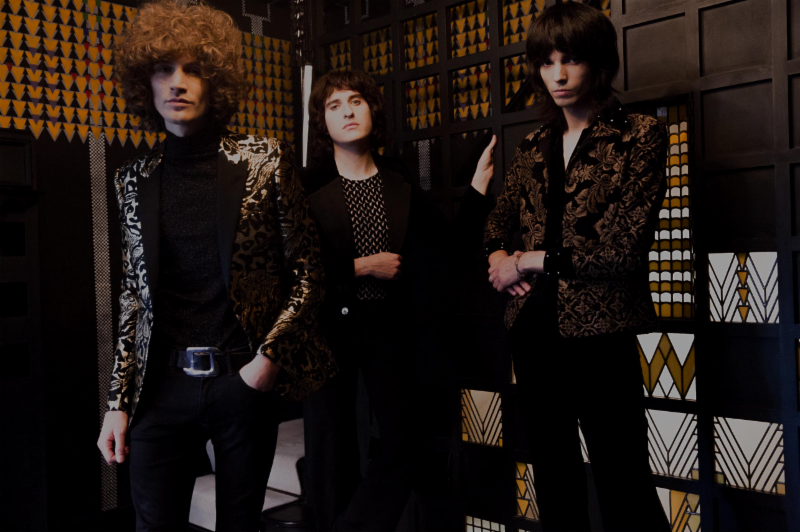 UK psych band Temples have released “You’re Either On Something”, off their LP Hot Motion, out September 27th via ATO Records. (Amyl and The Sniffers, Nilüfer Yanya) Temples will tour North America behind the album, starting with Desert Daze Festival. “I’m excited for people to experience these songs for the first time,” declares singer and guitarist James Bagshaw. “They are constructed in such a way that the album should feel relatively instantaneous, but we did not water down our creative ideas. Getting that balance can be hard, perhaps on the last record on some songs we used too many layers to create depth, but making this album we discovered that depth doesn’t simply come by layering things, it can come from the intensity of an idea.”

“I’m really proud of “You’re Either On Something” lyrically because I feel deeply connected with the words – they’re so truthful. On that track, I can hear influences of stuff that I listened to when I was growing up. There’s almost a nostalgia to that track, even though it’s very forward-looking.”