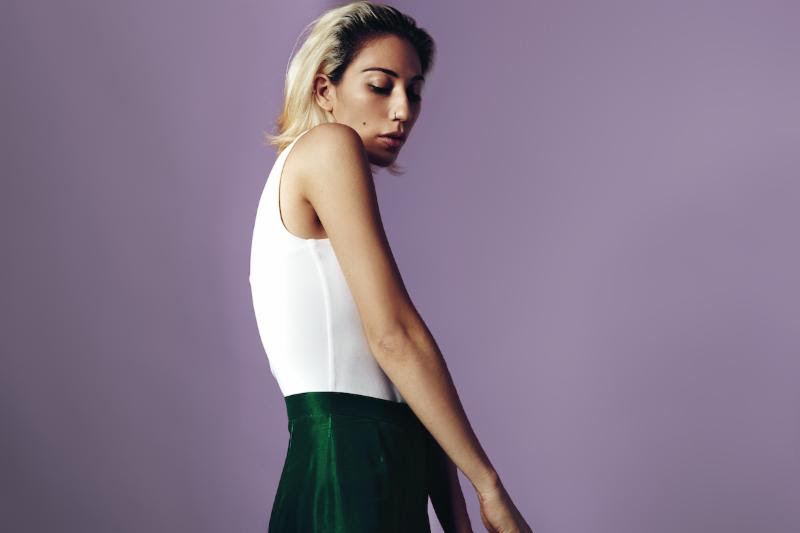 Yesterday, Tei Shi premiered a new collaboration between herself and hip hop recording artist Rome Fortune. They note, “The duo’s collaboration has an edge not apparent in the original, with Fortune’s verses addressing Shi’s pleas for a lover to go slow. When she sings Go slow/ I wanna hear the floor boards squeak/ And I go slow/ I wanna fill the space between, he answers, I said slow slow slow/ What does that mean tho/ I mean, I seem to know but does that apply to me tho. Set against Shi’s seductive tone, Fortune’s bars are abrasive and his delivery aggressive-but that contrast works.”

Tei Shi is about to hit the road on a national tour with Years & Years, also headlining dates in New York and LA along the way. On September 20th, she’ll perform at Music Hall of Williamsburg in Brooklyn and on October 2nd, she’ll play The Roxy in West Hollywood. A full rundown of dates can be found below.

Last month Tei Shi released her awesome and inspiring video for the track ‘See Me’ which was shot in her hometown of Bogota, Colombia and her present home of New York City. Teicher shot the video working with DREAMTIGER and Jonathan Wing noting, “We spent some days exploring Bogota, the city where I spent most of my childhood and where my mother’s side of the family has lived for generations…along the way we found some breathtaking and really unusual settings, which gave the song a totally new life. I wanted to be able to share this part of my identity through my music somehow, so here it is, in me re-discovering a lot of what defines me and my history through the music that has defined me for the past year. Hope you enjoy it.”