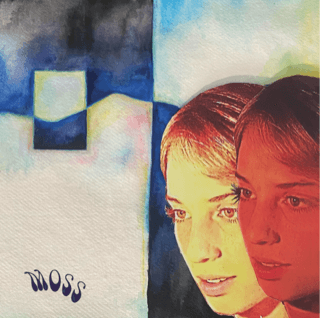 “Sweet Tooth,” the latest single/video off Maya Hawke’s album Moss. “”Sweet Tooth” was the last song written for Moss. The lyrics were written in Atlanta while filming, but Christian Lee Hutson and I recorded the first demo in Nashville,” Hawke says of the single. “When we finished the first recording session, I felt this eruption of joy and I knew this feeling had to be on the record.”

Hawke is Coming off two sold-out hometown shows at The Colony in Woodstock, NY, and begins her tour with Faye Webster tonight in Toronto. In addition to previously announced performances, she has added an additional headlining date in Los Angeles all of which are sold out. Hawke was most recently seen in the fourth season of Netflix’s “Stranger Things,” as well as in Quentin Tarantino’s “Once Upon a Time in Hollywood,” Gia Coppola’s “Mainstream,” and the upcoming Netflix film “Do Revenge.” She is currently in production on Bradley Cooper’s “Maestro.”

Accompanying the release is a “sweet” music video, directed by Celine Sutter. Set in a dentist’s office and on the beach in Los Angeles, the video takes the audience into a laughing gas-induced dream of a group of friends memorializing Hawke. The concept for the video pivoted just days before the shoot to include Hawke’s “sweet tooth” after she was began experiencing real wisdom tooth pain.

“’Sweet Tooth’ was born out of conversations with Maya about the song, the album, and the unique feel of sweetness, cavity, death, and joy. We discussed care, caretaking, and childhood adult friendships,” says Sutter. “In the edit, we found the deconstructed nature of the dream with the behind-the-scenes footage – as if Maya was participating in the making of, and the theater of, her own funeral. “Sweet Tooth” is a trippy, playful video that embraces the dichotomy of its themes: a joyful and melancholic funeral, a fake dream world with real footage, care and loneliness, sweetness and pain.”