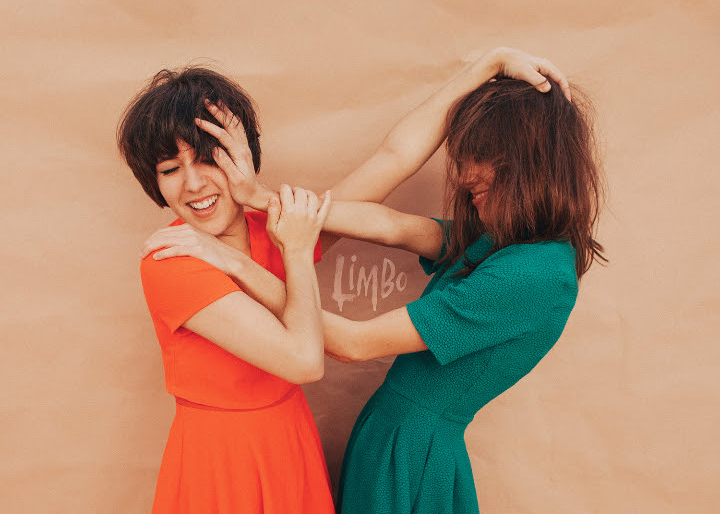 Sisters Chelsea and Justine Brown are the core members of Summer Twins and have just announced their new album Limbo, which is set to release on October 2 through Burger Records. On this 2nd full length, following their 2012 self-titled debut, Chelsea plays guitar and Justine’s behind the drums, with Michael Rey on bass and Andy Moran on guitar and keyboards.

The Los Angeles-based, Riverside-raised sisters grew up on a steady diet of The Kinks and Beatles, as well as formal lessons in piano and violin. When they discovered punk bands like The Ramones and The Donnas – and the kinship and attitude that oozed from these bands – they were inspired to ditch the lessons and create their own gang of musicians.

With their new collection of songs, themes like the reality of adulthood, and the struggle to balance art with making a living are explored. For ten rainy days in the winter of 2014, Chelsea, Justine, and producer Chris Woodhouse (Ty Segall, Thee Oh Sees) holed up in an isolated Sacramento studio and created Limbo. The seclusion and the intensity of the sessions are revealed through the album. Also new, is the greater role played by Justine as she shares the bass duties with Michael Rey, and makes her songwriting debut on two songs, singing and playing all the instruments on both “Florence” and “Helpless.” The sisters are responsible for almost all the instruments, save 5 bass and 2 keyboard tracks.

The band has just shared their first single from the album, “Demons”.