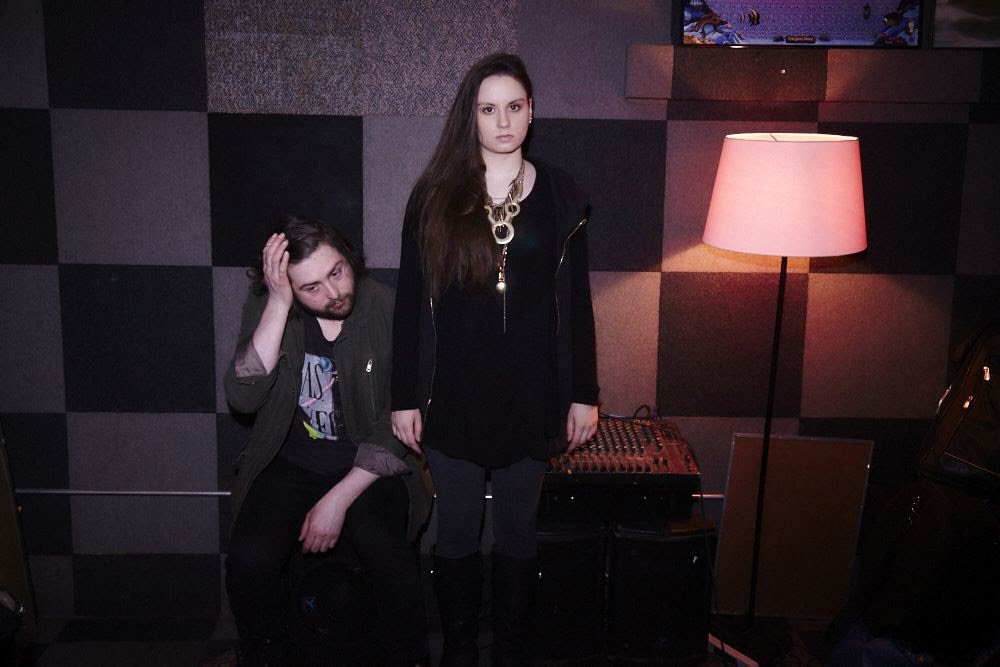 As the project evolved Grottick and Gierusz become interested in incorporating a broader range of influences into their sound, diverting attention from their production work and immersing themselves in Toronto’s thriving DIY scene as they focused on new material that featured Gierusz as a vocalist. In this arrangement they forged a new direction, spending a year developing their live show playing with acts like HEALTH and U.S. Girls, building a sound that combines ethereal synthpop with noisier, almost industrial elements, recalling influences as varied as Section 25, Ministry, Cocteau Twins and Toronto contemporaries like Crystal Castles, Trust and Purity Ring.

Their newest single, “Stars,” is a reflection of this process, building from a stripped down vocal and synth arrangement, adding increasing layers of detail before reaching a peak as diaphanous as it is anthemic. According to Grottick the track was one of his first experiments with pop music and concerns his life as a suburban teenager as filtered through the lens of Japanese anime.

“‘Stars’ was one of the first songs written for the band” Grottick recently told FADER. “I was becoming disillusioned with the process of making beats and pitching them out to rappers, so I started collaborating with Jess to try make weird pop music instead. At the time I was obsessed with super maximal Japanese stuff like YMO, Two-Mix, Yoko Kanno and various 80s idol singers.

With ‘Stars’ we were really just trying to make a Gundam Wing style theme for our own boring lives. Since most anime we’re into seems to be about ridiculously well-dressed teenagers that drive cool motorcycles and/or giant robots, it made sense to write about our own lives as if we were badass teenagers living in a futuristic dystopian sprawl. When we wrote the song we were living a bit outside the city in Scarborough, so most of our weekends consisted of us meeting up on the subway to go get drunk downtown. ‘Stars’ became a hyper akira-styled theme song to this ritual and ended up setting the tone for the entire record.”