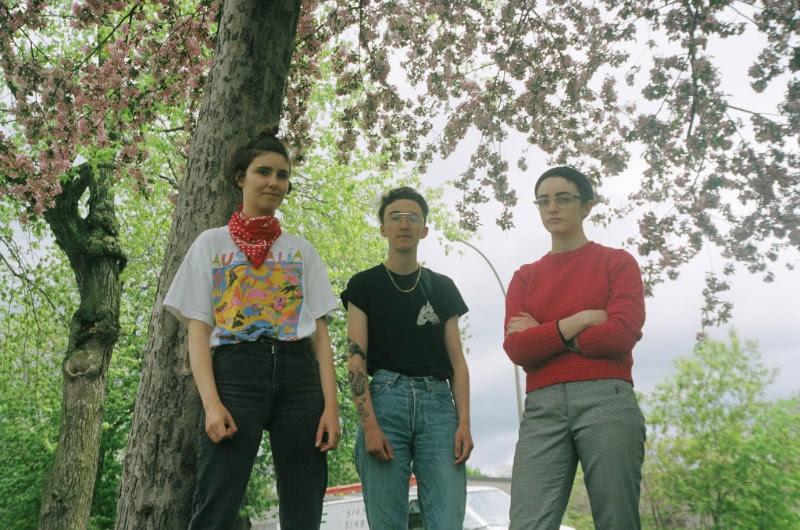 This week Lonely Parade shared “Olive Green.” The track follows previously released singles “Not Nice,” “Night Cruise” an “I’m So Tired.” The tunes are all off the band’s forthcoming release The Pits, available September 14th via Buzz Records. recent tours with artists like Weaves, Nap Eyes, Ought and PUP. Lonely Parade start their next tour on September 14th in Toronto.

Lonely Parade spent the end of last year commuting back and forth between Toronto and Montreal as they worked on their Buzz Records debut with producer/engineer Josh Korody (Fucked Up, Weaves, Dilly Dally) and Shehzaad Jiwani of Greys at Toronto’s Candle Recording Studio. The resultant LP, entitled The Pits, refines the technically and hooky fuzz-blasted songwriting upon which the trio have built their budding reputation, drawing on influences ranging from the warped punk hooks of Uranium Club, to the guitar interplay of cult Canadian band Women, to releases from Lonely Parade’s now Buzz Records label mates Weaves and Dilly Dally.

“I don’t think there’s any way we could write another album like this now,” laughs Dempsey. “It’s charged with a very specific negative energy. We were friends with almost everyone in our tiny scene, and now no one talks to each other and nothing feels as penultimate as how it did in Peterborough then. It’s so tiny there that if you fuck one thing up with someone and then go downtown, everybody knows. It just started feeling really small.”