The Creative Process of Ought 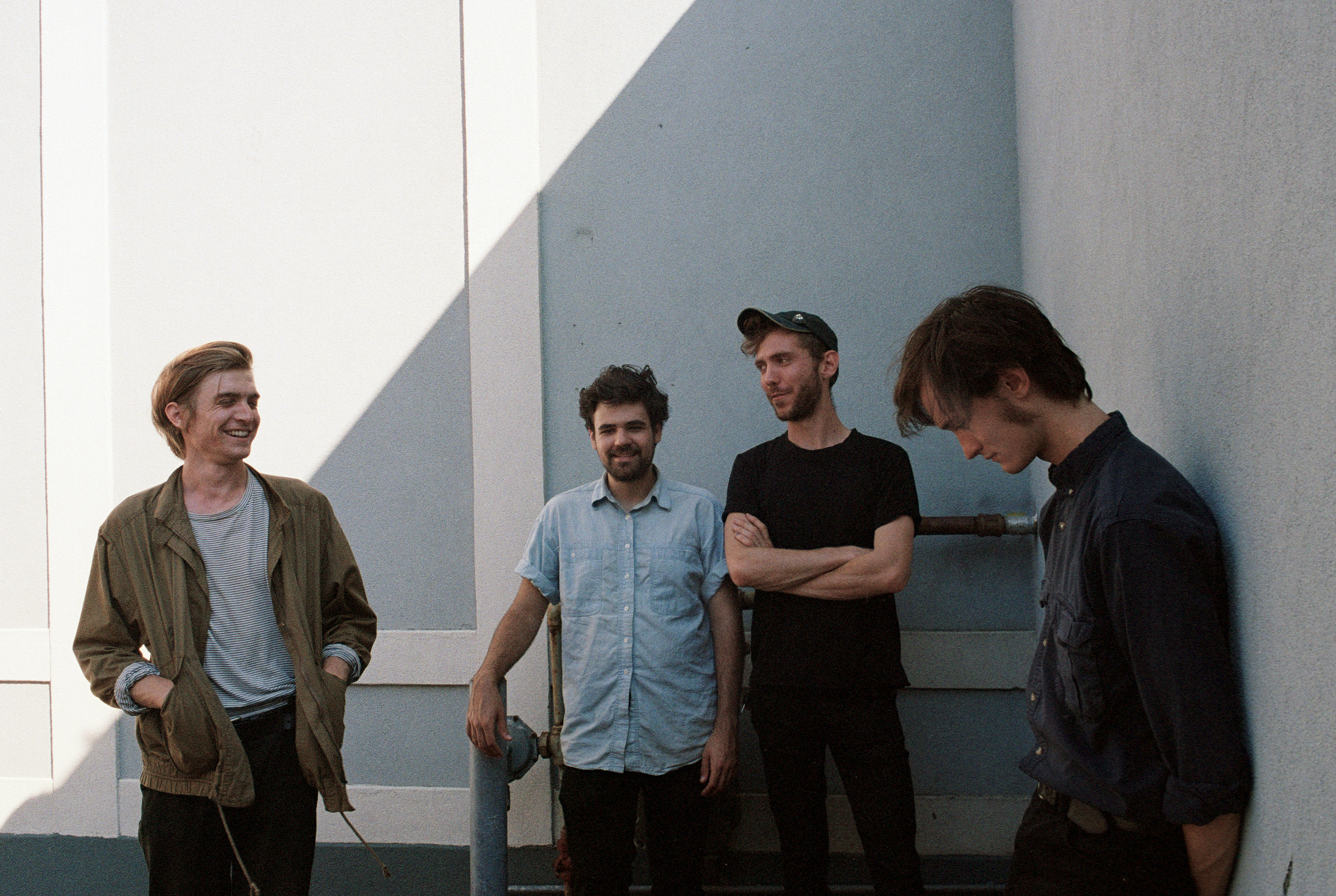 Knowing what you want can make all the difference in life. While people and bands alike can spin their wheels forever without direction, Ought sat down and figured out what they wanted, and even more importantly, what they didn’t want for their new record Room Inside the World. With a vision ahead of them, they’re pushing their own limits with tracks like “These 3 Things” and evolving their core sound on tracks like “Disgraced in America.” We caught up with Ought’s Tim Keen ahead of the band’s March 6 show at the Théâtre Fairmount to discuss their unique preparation, amazing directors and why they don’t necessarily see themselves as overtly political.

Northern Transmissions: How did you want to evolve your sound for your latest record and what was crucial to this evolution?

Tim Keen: I definitely think that there was a desire to more consciously and physically articulate the influences we were pulling from. We’ve always listened to a wider range of music than the sounds we end up making. We definitely went in wanting to be very clear about what we wanted to do, and we wanted expand the pallet a little bit to create space for a wider range of tones. There’s a lot of different kinds of expression that we hadn’t yet played with.

NT: How did using a mood-board help shape this vision?

TK: We threw a bunch of stuff together on a Google doc, songs, films and even still images. It was all about finding what it coalesced around, and using that there was this luminescent hue to it. Once we had that, it was much easier to be more clear, and then you know something succeeds or fails, rather than playing around until something seems cool. Cool is a pretty generic attribute, so it’s really nice to have something that says “This is what we want to do, this is what we don’t want to do.

NT: How did Nicolas Vernhes get involved with the new record and what did he bring in the studio?

TK: Nicolas actually reached out to us, a couple years ago in fact. I guess he was a fan or he was introduced by a band. I am a big fan of his, I do a lot of production, and I really care about the sound of records. I remember seeing his name on discussion forums and using plug-ins that he recommended. I knew exactly who he was and he’d done some records that I thought just sounded really amazing. I was very excited to meet him. It was a good pairing, he was really good at being clear-cut and no bull-shit. He also knew the balance between when to stress about something and when not to, which really helped us keep the big picture in mind. It was also just nice to have outside help from someone who doesn’t know that much about our band dynamic or our internal band vibe, it meant he could be really straight-up.

NT: Where did the creepy video for These three things come from and how much input did you have?

TK: It actually came from the director Jonny Look. He had worked with Tim before and we were in touch with him. He came back to us with this idea that him and his artist friends had had. We thought it was a great idea and I was really attracted to it. I thought it was really clever and well realized, so we essentially just gave him free reign to make it happen, and we don’t regret it at all.

NT: “These 3 Things” also has a distinctly more modern and glossy sound than your previous albums, was this where you felt you were going or did this all come out in the studio?

TK: I’ve always wanted to try a bunch of different sounds, so I see it less of a direction than different things that I think sound nice. It definitely sounds glossier, I had been interested in making a record that was a little more hi-fi, and less aggressively experimental so I was a big fan of going to that sound. It depends so much on where we are at a time to say if you’ll do this again, so we’ll see.

NT: How did you want to explore your recurring themes of identity and connections in a new way for this record?

TK: I feel like there was a desire to be more personal and specific, and really bring it in a bit. We wanted something that corresponded to growing and changing a bit to make this all the more personal.

NT: Do you feel an inherent responsibility being labeled as a political rock band?

TK: I think yes and no. Yes in the way that all music is political regardless if you want to take it up or not. But there is something weird when you say you’re a political band and every time it’s reframed in a different gaze. I think it’s important for bands to stand up for something, but I don’t know if we’re necessarily a political band.