"Someone New" by Helena Deland
TwitterPinterestPocketRedditFacebookEmail

Helena Deland’s debut album Someone New is described as an exploration of gender, power, time and the “self” that finds Deland in full control of her sound and style, even as she asks whether control is ever possible. The album was written and recorded over a period of two years, beginning with Deland’s guitar and expanding into a lavish sonic sphere that blends elements of synth pop and classic folk. Deland’s voice ties it all together, sometimes hushed in a whisper, sometimes shrouded in distortion, and sometimes full and clear – but always inviting the listener into her world.

Once Deland was ready to emerge from the solitary part of her songwriting process, she brought the songs to long-time friend Valentin Ignat to flesh out the arrangements. They recorded at a Montréal studio with her band before Deland took the album to New York for additional production and mixing with friend and collaborator Gabe Wax (Adrianne Lenker, Soccer Mommy, The War on Drugs, etc.).

“Lylz” was inspired by the relationship between turn of the 20th century French composers (and sisters) Lili and Nadia Boulanger, along with Deland’s friend of the same name who introduced her to their work. An ode to a friendship born out of mutual esteem and fanned by the flames of worldly dissatisfaction, “Lylz” was recorded with Jake Portrait and also appears on Someone New and marked Deland’s first release since her 2018 series of beloved EPs entitled Altogether Unaccompanied. The two-year period that followed involved considerable touring, with stints supporting Weyes Blood and Connan Mockasin among others, along with a notable set opening for Iggy Pop in Paris, and a collaboration with JPEGMAFIA 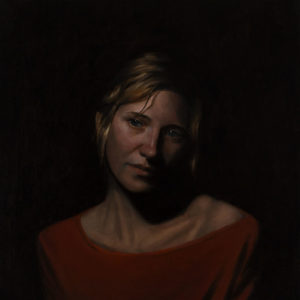