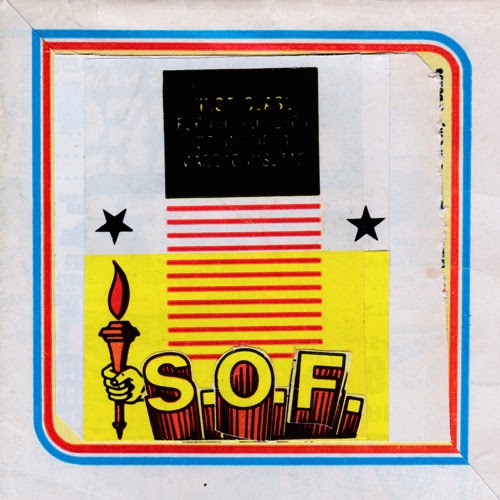 In the beginning, SOF’s only goal was to play a rare show every now and then that they could assault, terrorize, and shred, relying only on instinct, intuition and the chemistry of the band of brothers (bros if you will) in the moment of battle (show) – it was either sink or swim, or death before glory. However, after meeting with Keith Abrahamsson and learning what his label Mexican Summer was all about SOF conceded and signed a deal. Months later, in August, they were in an unfinished Gary’s Electric studio on the hottest three days of 2010, and somehow walked out of the studio with a 12” called Ball Strenth.

Now here they are, another five years, very few shows, or LPs sold, later: in 2013 they got bamboozled by Keith into a SECOND recording, but this time they were offered “undisclosed” amounts of studio time alongside the usual “carte blanche”. After three weeks and aborting EVERYTHING, they took a six-month hiatus, then headed back to the studio, and recorded a dozen ‘song ideas’, rather than jams, over an afternoon. They then called up friends who knew how to sing and finished up the damn thing in like three days.

Soldiers Of Fortune will be celebrating the release of the album at Max Fish in New York City on Wednesday November 4. SOF will perform two sets, 8:30PM and 10:00PM, both of which will be free.