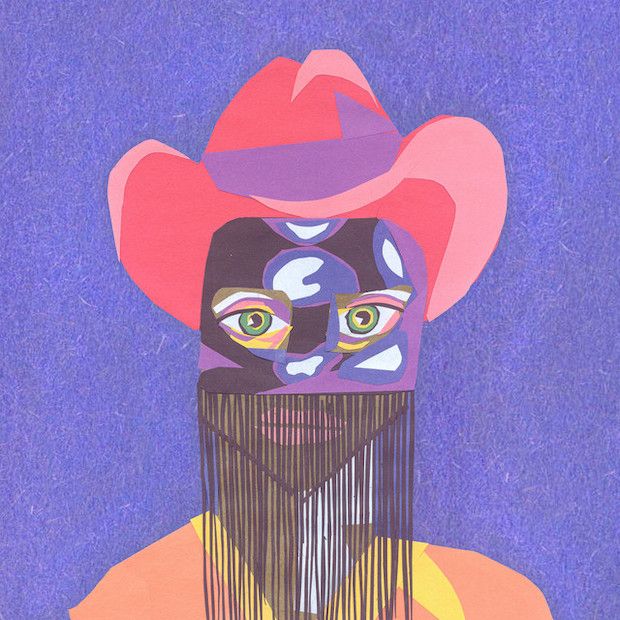 Since releasing his debut album, Pony, a year ago, masked country sensation Orville Peck has officially cemented himself in the mainstream. He’s grabbed headlines for showing up to the Grammys as Diplo’s +1 and been busy posing for fashion companies that also design him custom masks and outfits and planning Halloween shows at Madison Square Garden with Harry Styles. He’s also signed way from Sup Pop to Columbia, and now he has finally released his major label debut, Show Pony.

At 25 minutes in length, the hefty EP is a mini-album, really, full of flaming hearts, tempestuous emotions, and cinematic stories. Postponed from its original June 12 release date to avoid drawing attention away from the worldwide Black Lives Matter protests, Show Pony is worth all the wait.

By now, opening songs “Summertime” and “No Glory in the West” are well-familiar, put on extra high rotation as fans awaited the EP with increasing restlessness. “Summertime” is one of Peck’s lushest, most yearning songs. His soaring voice and banjo fall gracefully like leaves blowing in a settling wind. As if turned desperado because of forbidden love, on the run and vigilant, the song’s climax lands like a showdown. The theme of being on the run continues on acoustic strummer “No Glory in the West.” Desperate, with his back against the wall, you can hear the weariness in his voice, which takes on a huskiness and quivering vulnerability, all its damage laid bare, like Johnny Cash.

Piano-based trucker ballad “Drive Me, Crazy” starts so slowly, you might fear Peck is going to fall asleep at the wheel. Sung from the perspective of a trucker journeying headlong into the night with no one but his number one riding mate next to him, Peck snaps awake. Piano chords explode in size alongside arena country pop drums to match and a brief guitar solo that nods to “November Rain,” which plays on the truck’s radio. “Drive Me, Crazy” is all rolling thunder rocking down the highway from one town to the next.

As for the most stripped and beautiful song on the album, that goes to the finger-picked, mostly acoustic “Kids.” Once again, Peck is on the run. “Washed up, nowhere to go / Hate to say I told you so,” he sings before continuing, “Target on our backs each day / Tails turn, or so they say /… / Runnin’ out into the night / Gettin’ low on luck, it’s time to fight.” Easily the most anticipated song on Show Pony is “Legends Never Die,” a duet with country pop icon of icons (and fellow Canadian) Shania Twain. “Takin’ orders never been my style,” Peck
sings on the perfectly crafted hit, but he makes plenty of room for Twain. In fact, he lets her lead as they sing about being road-worn road dogs. “Full speed, baby, dust is in our veins. A stampede couldn’t break me in my stride,” he continues. The road has just begun for Peck, and everyone can use some support. Twain swoops in like a helping hand, a shoulder to lean on, and what better mentor than someone who’s seen and done it all and gone through more than her share of ups and downs? Standing tall, side by side with a giant like Twain, the song makes you believe we could very well be witnessing the birth of a new legend.

“Legends Never Die” might be Show Pony’s most anticipated song, but the best, by far and away, is his cover of Reba McEntire’s Bobby Gentry-penned tale, “Fancy.” But in Peck’s hands, the song becomes a scintillating, brooding, urgent, gender-bending epic. His momma curls his hair and puts him in heels and a satin dress, complete with lipstick and dabs of perfume on his neck. McEntire’s lines, “Standing back from the looking glass / There stood a woman where a half grown kid had stood,” deftly become, “Starin’ back from the lookin’ glass / There stood a woman where a half-grown boy had stood.” From there, Peck’s “Fancy” continues like the original, as a story of turning to prostitution to overcome poverty.

Orville Peck is a true student and devotee of country music. He wears his influences more boldly and yes, some might say indulgently and ostentatiously, than ever on Show Pony, but it’s in the album title; his growth as a songwriter cannot be denied. He is just starting. The path his rising star is lighting is an exciting one, and whether his next LP will find him still on the run or smeyesing with more country pop icons on the back of his motorbike, he’s going to be right where he belongs, one step closer to being a legend that never dies. 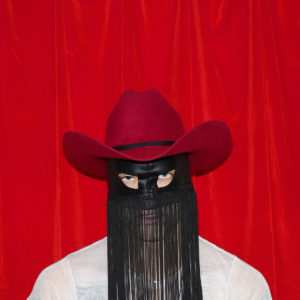 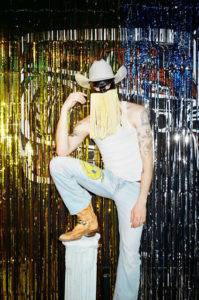 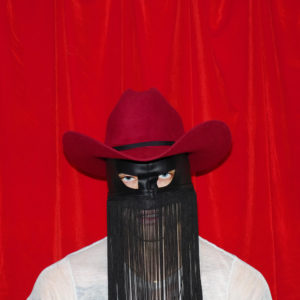