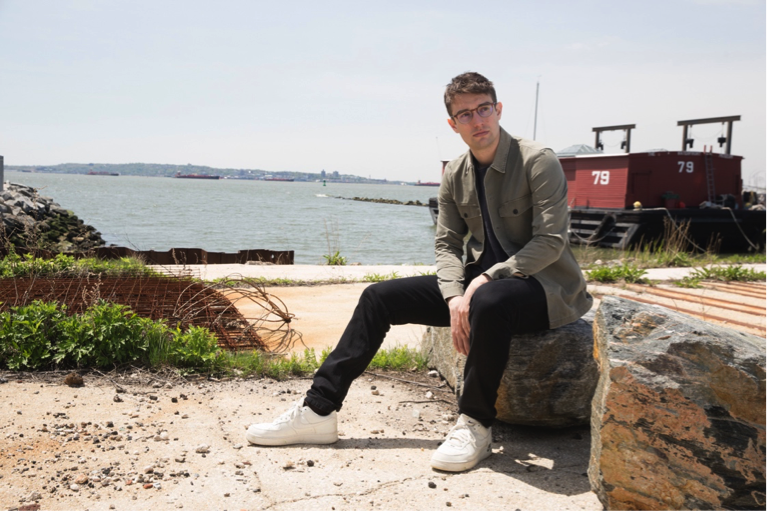 San Fermin is the project Ellis Ludwig-Leone, he composes avant-garde arrangements with pop-minded melodies that are brought to life by his bandmates. Formed in 2012 – shortly after Ludwig-Leone completed a job assisting composer Nico Muhly – San Fermin made their debut with a self-titled 2013. The band followed the release with Jackrabbit in 2015. San Fermin has appeared at Lollapalooza, and opened for St. Vincent, The National, Arctic Monkeys, and alt-J, and more.

Recently San Fermin announced new album The Cormorant I, the group’s first full-length to be released via Better Company, bandleader Ellis Ludwig-Leone’s new imprint under Sony Music Masterworks. Due out October 4, The Cormorant I ushers in a new era for San Fermin, who envision the eight-track collection as the first of two eventual full-length releases encompassing the full scope of the new project. Ahead of the album’s release, the band has shared the track “The Living.”

“I imagined The Cormorant I as a stand-alone narrative in itself, but also as the first piece of a larger two-part story,” Ludwig-Leone explains of the eventual paired album release. “The second part is like the fever dream, upside-down response to Part I. The jumps between the past and present are more jagged, and memories are subjected to a more critical eye. As I was writing, I was thinking a lot about how memories change over time- the stories you tell yourself and the actual events aren’t always in synch.”

San Fermin
The Cormorant I
Tracklisting