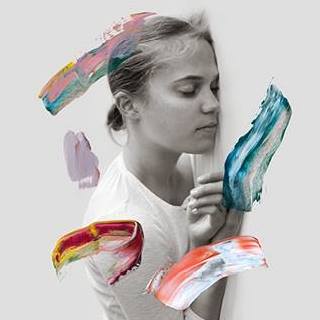 I Am Easy To Find

A chance moment, a crossing of paths; you never know when the creative spark will ignite. For The National, on 3rd September 2017 they would receive an email that would pave the way for their most ambitious project to date; that’s quite something for a band that have been together for nearly 20 years and had, at the time, seven albums to their name. Said email came from film director Mike Mills, he reached out to vocalist, Matt Berninger to see if the band wanted to work on…something. The result of this exchange over the World-Wide Web resulted in The National’s eighth album ‘I Am Easy To Find’ and a subsequent short film of the same name. Mills and the band stress that the album isn’t a soundtrack to the film and the film isn’t a video for the band’s music. Both projects operate in the same orbit but are very much their own separate beings or as Mills puts it, the film and album are “playfully hostile siblings that love to steal from each other”. With both endeavours sharing similar DNA, it naturally leant to the Connecticut band allowing free-reign to Mills, meaning the director took the wheel of ‘I Am Easy To Find’s creative process. In doing so, the film was composed like a piece of music and the music was assembled like a film. If this rich wave of inspiration wasn’t enough, frontman Matt Berninger was intentionally shifted from the spotlight in favour of ushering in a broad spectrum of female vocalists. The likes of Lisa Hannigan, Sharon Van Etten, Mina Tindle and Kate Stables are largely part of The National’s extended family and with ‘I am Easy To Find’ they found themselves head of the table. For the five piece’s new record, the mission statement was to explore what it was like to be a human in 2019, positioning itself to “have more of a fabric of people’s identities” as Berninger puts it, hence the broad spectrum of women found on the album. With a tongue-in-cheek nudge and a wink, the vocalist expands on this point a little more “it would have been better to have had more male singers, but my ego wouldn’t let that happen.”

‘I Am Easy To Find’ sonically, is the band’s most forward thinking and progressive album to date, whilst lyrically it’s anchored on human fragility and vulnerability. There’s a rawness to the record that’s palpable, as if the listener has been allowed into the unit’s inner sanctum, where judgement is left at the door. The LP was mostly written and recorded whilst touring the sublime ‘Sleep Well Beast’; it’s the level of intimacy that bled into the creative process as Berninger sings in hushed tones, due the fact most takes were birthed in hotel rooms or in close proximity of sleeping families. Such was the wave of inspiration, The National, due to take 2018 off, ploughed on and poured themselves into what would become ‘I Am Easy To Find.’

A ripple of chopped up, digitised guitar announces the album in the guise of ‘You Had Your Soul With You’, a delicately frantic track that finds Berninger and David Bowie contributor Gail Ann Dorsey sharing vocal duties. Fragments of sound interlink, disperse and reassemble, with Bryan Devendorf’s skittering drums the driving force against the glitchy melee. In a pocket of serenity, Dorsey’s voice parts the clouds of abstract textures to deliver the first of many disarming moments of ‘I Am Easy to Find’ “I have owed it to my heart/every word I’ve said/you have no idea how hard I died when you left.” ‘Quiet Light’s brittle, mournful tones follow, with fluttering drums, tender piano and swooning orchestral flourishes enveloping the heartfelt words of “learning how not to die inside a little every time I think about you and wonder if you’re awake.” A bruised beauty is waiting to be discovered on ‘Oblivions’, where Berninger trades lines with Mina Tindle, that detail missed opportunities and the feeling that stars haven’t aligned to let a relationship blossom. A darkness shrouds ‘The Pull Of You’; Berninger and Lisa Hannigan’s voice combine on the aching words of “something’s leaving me behind/it’s just a feeling in my mind/what was it you always said/we’re connected by a thread/if we’re ever far apart/I’ll still feel the pull of you.” As the song progresses, the album plunges into it’s most abstract and broken, as mechanical textures crackle and grind. ‘Not In Kansas’ is where ‘I Am Easy To Find’ is stripped back to just Berninger and a lonesome guitar line. The frontman’s vocals are a leathery ramble of consciousness before a heavenly union of Hannigan, Dorsey and Kate Stables combine to deliver the tear-jerking coo of “if the sadness of life makes you tired/and the failures of man make you sigh/you can look to the times soon arriving/when this noble experiment winds down and calls it a day.” The album is brought to a poignant close by the piano ballad ‘Light Years’; a touching moment that typifies the fleshy, tangible feel of The National’s latest opus.

‘I Am Easy To Find’ is the sound of The National at their creative peak, with little sign to indicate they’re due to plateau anytime soon.

The National on Tour: