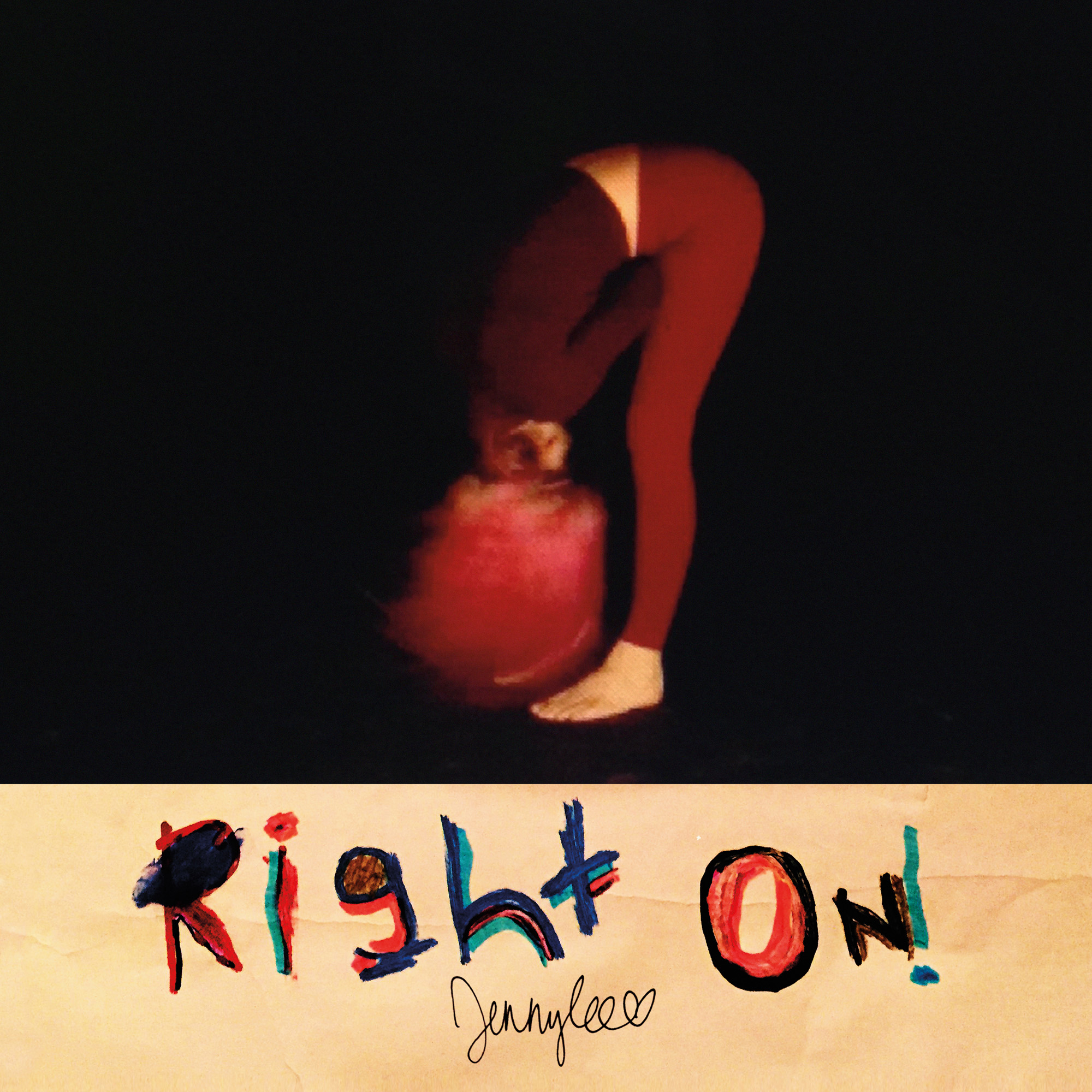 Artists just don’t have downtime anymore do they? It would appear after schlepping all over the globe promoting Warpaint’s latest LP, the option to put her feet up and do nothing wasn’t the done thing. Jenny Lee Lindberg rolled off the final tour of Warpaint’s self-titled sophomore straight into a productive purple patch that saw her carve out what would become her solo debut LP. What started as tinkering around with ideas and booking some studio time evolved into a full blown project, where the bass slinger enlisted the help of producer Norm Block, fellow Warpainter Stella Mozgawa and Dan Elkan.

Even though Lindberg isn’t the voice of Warpaint, you can’t help but recognise the LA band’s sonic DNA is the bedrock of ‘right on!’ Most importantly, this endeavour gave Lindberg the opportunity to find her voice – away from the unified voice back at the office. With such a potent sound, Warpaint’s languid psychedelia is an obvious reference point to Lindberg’s first outing under her own jennylee moniker – although in amongst the shadowy rhythms and ever throbbing basslines – a post-punk bent is added into the mix. It’s where the earthy organic textures of Lindberg’s day job make intriguing bedfellows with the mechanical and sometimes cold aesthetics you’d normally associate with Mancunain doom-pioneers Joy Division.

‘right on!’ punctuates the air with laidback grooves and the sort of dope fuelled fug you’d expect from Lindberg and her bandmates. Layers of sound flow over one another in a continuous swirl of enveloping musical smog. As it’s a solo project you can forgive Lindberg for some indulgences – ‘he fresh’, ‘blind’ and ‘real life’ invoke hazy jam sessions and an endless stream of looping rhythms. Suffice to say, tracks like this would be shortened into intros or outros on a Warpaint record. They certainly work as moody works of repetition but overall, they’re definitely the result of free reign. The direct and propulsive ‘never’ can be found at the other end of the spectrum, with those Joy Division comparisons rushing to the surface. ‘riot’ is the most visceral track, found right at the heart of Lindberg’s debut. If you think of ‘right on!’ as a mountain, with a peak at the record’s midway point, ‘riot’ works as the summit, where all the taut rhythms and restrained jerky gestures bubble over. It’s here and on ‘boom boom’ where you get a glimpse of Lindberg’s personal demeanour, with the latter bearing the utter words of “society is anxiety” while on ‘riot’ jennylee directly states “I don’t want this fight/I don’t want this war”. Although these lyrics are to be interpreted as intimate musing – you can’t help but pin them to recent events across the globe.

With a pat on the back and a thumbs up to Lindberg ‘right on!’ for letting those creative juices flow. Who needs holidays?

words and thoughts of Adam Williams