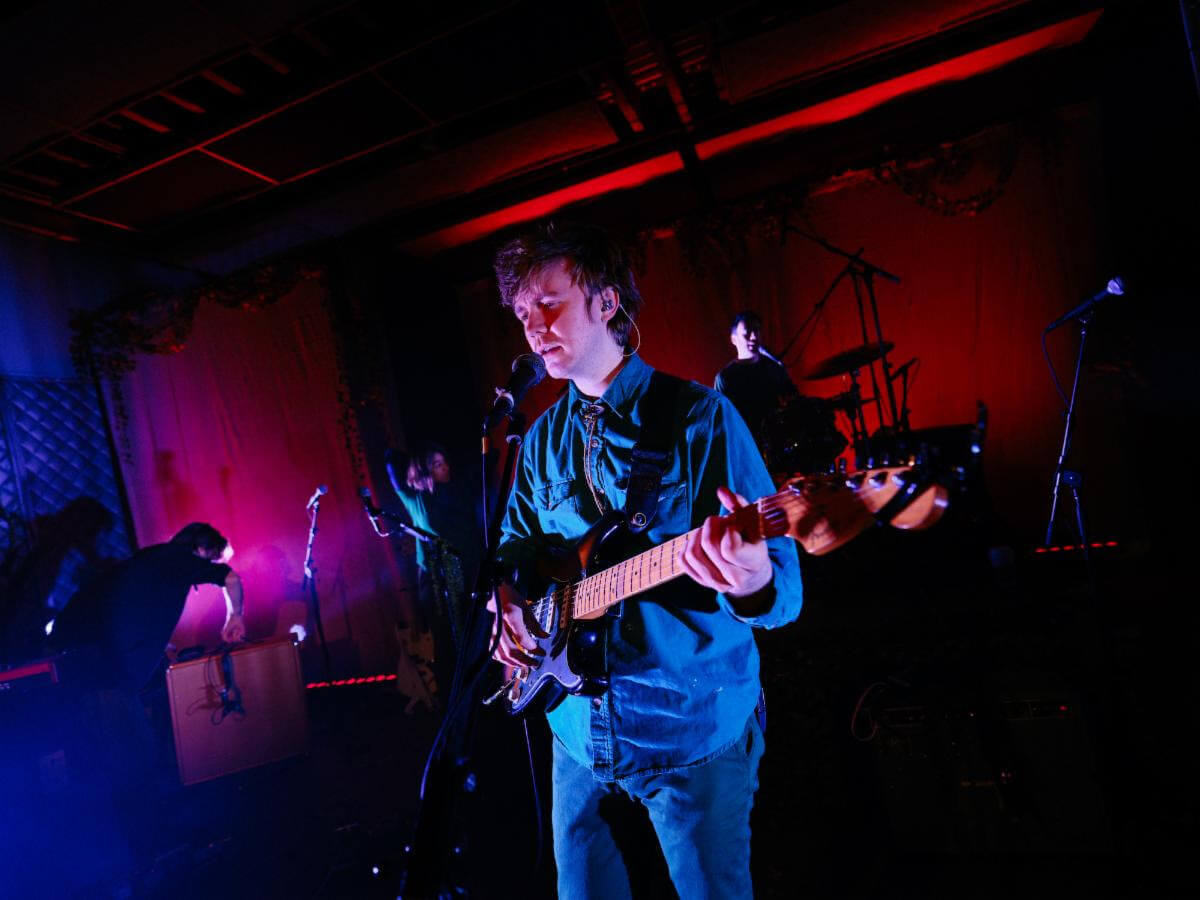 Pinegrove have shared “Iodine,” a track from their latest album, 11:11, this past Friday on the new season’s premiere episode of Artists Den’s weekly series Live from My Den. The performance and interview were filmed at Brooklyn, NY’s Complete Music Studios. Pinegrove are currently on tour. The full list of North American dates is below.

The third season of Live from My Den will feature a wide range of top artists and rising stars spanning an equally diverse array of musical genres, including Latin star Justin Quiles, synth-pop duo Magdalena Bay, and singer-songwriter Nicole Atkins. Three episodes were filmed in iconic Hard Rock locations across the country. Along with live performances, each artist will answer questions drawn from their own fan communities. In the Creative Tour segment, artists offer a peek into their artistic spaces and processes, including tours of their homes, recording studios, album artwork, or even their favorite restaurants.

A group of seven aspiring image-makers has been selected for the exclusive opportunity to learn first-hand – from the Artists Den production team – how an episode of Live from My Den is made. They will be given time with the crew to ask questions, receive hands-on training with FUJIFILM X Series and GFX System cameras and lenses, and get a chance to experience the inner workings of a multi-camera production live, while documenting it all. Read about their stories and see their images at www.studentsofstorytelling.com.

Furthermore, each episode of Live from My Den highlights a local charity organization important to the artist, to be promoted via donation links and targeted messaging. In this uncertain time, as we work through the complexities of living in a post-pandemic world, Artists Den and its partners are excited to give back to the community through Delivering Good, an organization uniting retailers, manufacturers, foundations, and individuals to support people affected by poverty and tragedy, including those displaced from their homes due to the conflict in Ukraine. For more information, or to make a donation, please visit www.delivering-good.org.