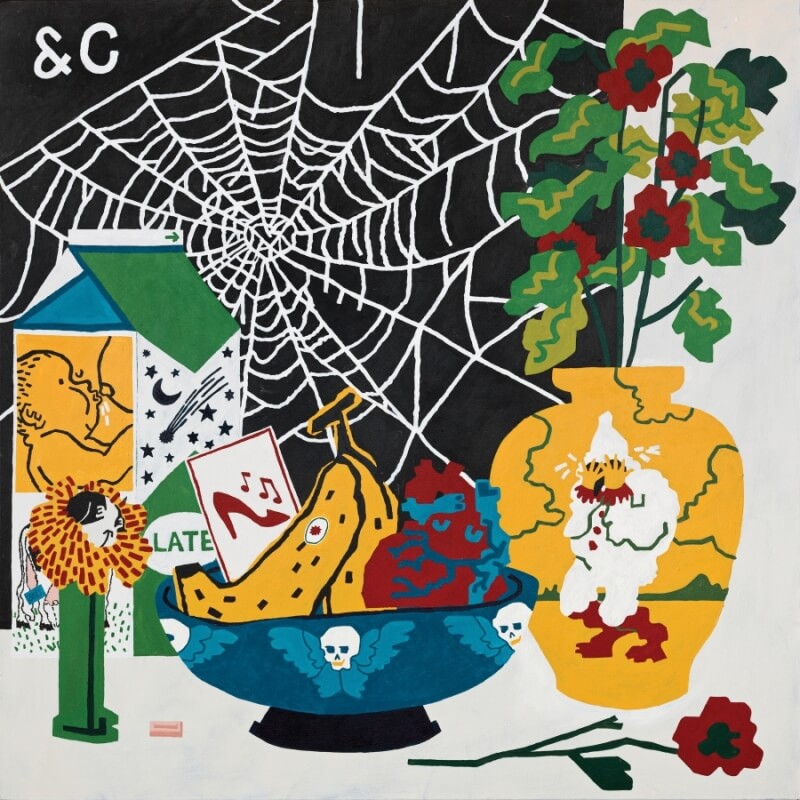 If 2018’s ‘Wide Awake!’ found Parquet Courts dipping into electronica and dance music, then their eighth LP
has the New York collective taking a bigger leap into all things danceable with a real emphasis on showcasing
the band’s love for a good groove. As co-frontman Austin Brown puts it “’Wide Awake!’ was a record you could put on at a party.

‘Sympathy For Life’ is influenced by the party itself. Historically, some amazing rock records have been made from mingling in dance music culture – From Talking Heads to Screamadelica. Our goal was to bring that into our own music.” You can feel this influence shuffling through in the many digital nuances that populate the group’s new album.

For a record that’s influenced by a party, rather than for a party, it’s perhaps telling that the four piece’s latest offering isn’t always a four-to-the-floor romp. There’s pockets of subtly akin to the moment you escape the festivities for a cheeky smoke or when you end up having a heart to heart conversation with a fellow reveller on the stairs. Don’t be disappointed though, there’s several tracks that you can easily shake your rump to. Opening track ‘Walking at a Downtown Pace’ acts like a bridge from ‘Wide Awake!’ to Parquet Courts’ 2021 offering; a volley of carnival drums and a sawing guitar set things off with a bouncy, upbeat pep. The gang vocals that crop up at the end of the song illustrate the drunken rowdiness expected at any kind of shindig. This is swiftly followed by ‘Black Widow Spider’s fuzzed up garage-punk, one that’s propelled forward by Max’s steadfast drumming and a liberal dose of drum machine beats. Urgency is key to the track’s life force as it bounces along with gusto. ‘Marathon of Anger’ is where ‘Sympathy For Life’ sashays away from the dancefloor to catch its breath – possibly to grab a beer from the fridge and snaffle some snacks? Adopting a sound not far removed from sonar, this is where Parquet Courts ensnare a minimal aesthetic that leans heavily on electronic textures and an atmospheric hum. With digitalism being pushed front and centre, the normally omnipresent drums, bass and guitar act as an understated supporting layer that the bleeps and parps skirt across. Three tracks in and it feels like ‘Sympathy For Life’ could go in any direction it wishes to and this is exemplified by the record’s conception. Parquet Courts are a group known for improvising and jamming when creating new material and their most recent long player pushes that tendency to its limit. This is felt in ‘Plant Life’s meandering groove and again in the record’s eponymous track that invokes ‘Wide Awakes!’ playfulness. Equally, ‘Zoom Out’ manages to sound both loose and taut at the same time, as a needling funk shuffles and struts with a nonchalant abandon.

Although ‘Sympathy For Life’ is Parquet Courts’ interpretation of a party, the record’s lyrical themes are more contemplative and perhaps not the topics bandied around as soiree small talk. The moniker for the album is a give-away to what the group are communicating via their wordplay; several songs tend to find co-vocalists Brown and Andrew Savage ruminating on life itself, some more abstract than others. ‘Walking at a Downtown Pace’ strikes a sombre tone, amongst the upbeat garage-rock-funkiness “and how many ways of feeling lousy have I found?” ‘Just Shadows’ appears to be commenting on modernity while referencing all kinds of everyday trappings. Algorithms and targeted ads are referred to, while “life’s not as modern as it seems” illustrates the band’s feelings on society’s constant march towards autonomy and its onus on technology. ‘Application/Apparatus’ takes those similar inflections and documents them via snatched words amongst the digital crashes and sci-fi noises. A social awkwardness ripples through the murmured “conversation difficult with anyone” while “crowd sourced data/satellite delivery” rubber stamps our omnipresent connection via a plethora of different modernist touch points. Closing track ‘Pulcinella’, finds Parquet Courts stripped back and pensive and contains one of the most tangible and direct lyrics to be found on ‘Sympathy For A Life’ “and I’m not in the mood to be lonely no-more” coos Brown with the tone of someone looking to make a positive change to their life.

‘Sympathy For Life’: a record to get your freak and thought on.