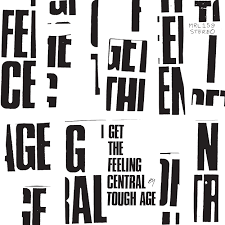 I Get the Feeling Central

Since then, Tough Age has undergone some changes. Half of the lineup has moved from Vancouver to Toronto, while the band shifted from its prior practice of recording in jam spaces to working with local producer Felix Fung (Chains of Love, Mode Moderne, Shimmering Stars) at his Little Red Sounds studio. Despite the new approach, however, the group’s sound hasn’t changed all that much, and I Get the Feeling Central is another scuzzy romp in the garage.

Opener “50 Girls Girl” makes it immediately clear that Tough Age hasn’t cleaned up its act, as the song charges hard out of the gate with a thundering surge of drums and clanging guitar chords. With its 12-bar pattern and falsetto “ooh”-ing, it’s an explosive sock hop number designed for doing the twist and kicking over tables piled with Cherry Coke.

There are lots of similarly scorching moments on I Get the Feeling Central: frontman Jarrett Samson’s voice rises to a manic yell on the ferocious dance-craze anthem “Gutter Lemon,” the short instrumental “Landau, Luckman & Lake” is a throwback to the surf jams that Samson used to play with his old band Korean Gut, and “New Orleans Square” is a barbed wire blast of distorted guitars. These tunes are sonically similar to the 2013 debut, albeit with a little extra reverb and echo.

As good as the fiery material is, the best moments on the album come when Tough Ages ventures away from its high-energy wheelhouse. “Flamenco Wiccan” is a heavy-lidded mid-tempo rocker, its fuzzy strums flecked with dreamy, jangling licks. “Warm Hair” and “Guilt” are similarly torn between the visceral and the cerebral, while “Flotsam” finds Samson forgoing his usual snarl in favour of a pop-friendly croon.

Best of the bunch is the closing not-quite-title-track “I Get That Feeling Central.” With its acoustic licks, reverb-drenched whistling and buzzing synth, the catchy tune climates in a hypnotic refrain in which the cryptic title phrase is repeated for practically half of the 4:35 runtime. It’s a gorgeous crescendo of pop bliss that proves that there’s more depth to Tough Age’s garage-brewed sound than initially meets the ear. 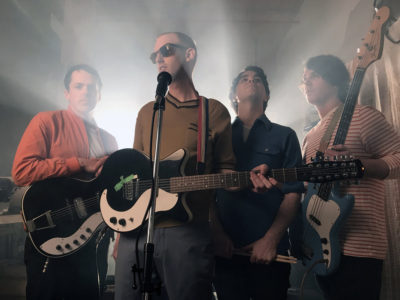 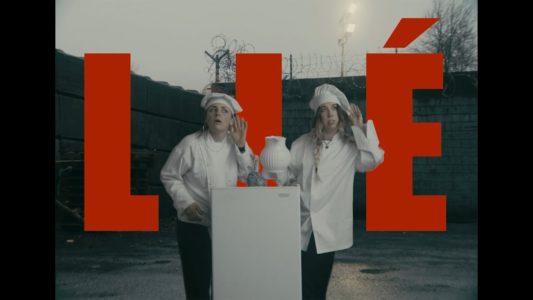 “Digging in the Desert” lié