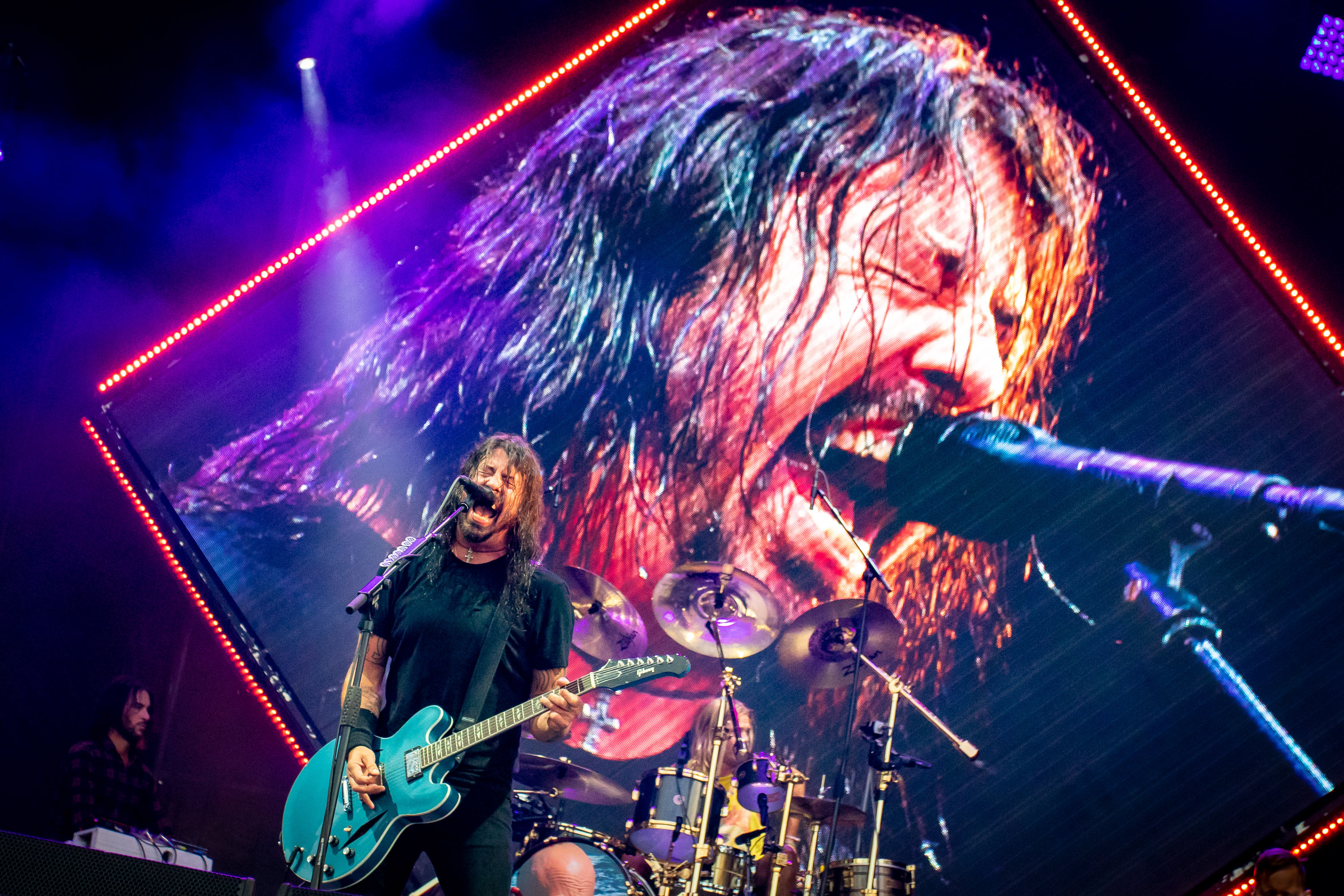 Our third day at RBC Ottawa Bluesfest was all about rock n’ roll, and what a day it was. Through powerful sets by Greta Van Fleet and Foo Fighters, anyone still making erroneous statements about rock being dead (rather than just not the only major genre) beheld the might it still has over people. Within seconds of hitting the stage, Greta Van Fleet launched into “Highway Tune” bringing one of their biggest hits out immediately and electrifying the crowd. Through the blistering energy, plenty of Robert Plant-like yowls and many extended solos, you constantly had to remind yourself how few songs had been played at any given moment, despite how much time had passed. The band’s electric personalities, stellar performance and the right amount of Led Zeppelin-aesthetic to strike a balance between familiar and new meant the constantly expanding crowd was fixated on Greta Van Fleet. If anyone at Bluesfest was still wondering what this band was going to do after their powerful debut, live shows like these are showing it’s a short way to the top. “This is not going to be your average rock show,” exclaimed Dave Grohl a few songs into his set at Ottawa Bluesfest, “We’re going to play for a long time, and we’ve got a lot of fucking songs to play.” Even opening with “All My Life,” “Learn To Fly” and “The Pretender” fans were already giddy in the music the band was bringing out, and with exceptionally ecstatic stage antics from Grohl and co. After a vicious rendition of “Rope,” Taylor Hawkins launched into a drum solo as his drum riser sailed 30 feet into the air like a cherry picker (keen audience members may have even spotted Grohl on the side of the stage making fun of his monkey-armed playing). While there was a notable lack of dancing in the crowd (for whatever reason), Foo Fighters had the crowd screaming every chorus to “My Hero” with fire in their souls, and it only got louder on every following chorus.

Years down the line, singles like “These Days” and “Walk” felt like old classics, earning frantic jumping and shouting just like when they first came out. A few impressive (and often funny) band intros later, Grohl had their keyboard player launch into John Lennon’s “Imagine” while he told a story, which he concluded by hilariously mashing the song up with Van Halen’s “Jump” too much sing-a-long fun. This only got more explosive as Dave took to the drums while Hawkins sang a cover of “Under Pressure” and blew everyone away with a spot-on Freddie Mercury impression. Hawkins even reminded the crowd that it was through touring with Ottawa’s own Alanis Morissette that he met Dave in the first place, prompting a 5 second interlude of “You Oughta Know” from Grohl. After cutting the joke cover he clarified, “We’re not playing that……..it’s too hard.” Blasting through “Monkey Wrench,” “Breakout” and “Best Of You” they brought the set down with an intense weight. Returning for their encore however, “Big Me” “Times Like These” and their classic “Everlong” had a tired crowd bouncing up and down even after three hours of music.

Setlist:
All My Life
Learn To Fly
The Pretender
The Sky Is a Neighbourhood
Rope
Drum Solo
Sunday Rain
My Hero
These Days
Walk
Blues Jam/Another One Bites The Dust
La Dee Da
Imagine/Jump/Blitzkrieg Bop
Under Pressure (Queen Cover)
Monkey Wrench
Run
Breakout
Dirty Water
Best Of You
Encore:
Big Me
Times Like These
Everlong