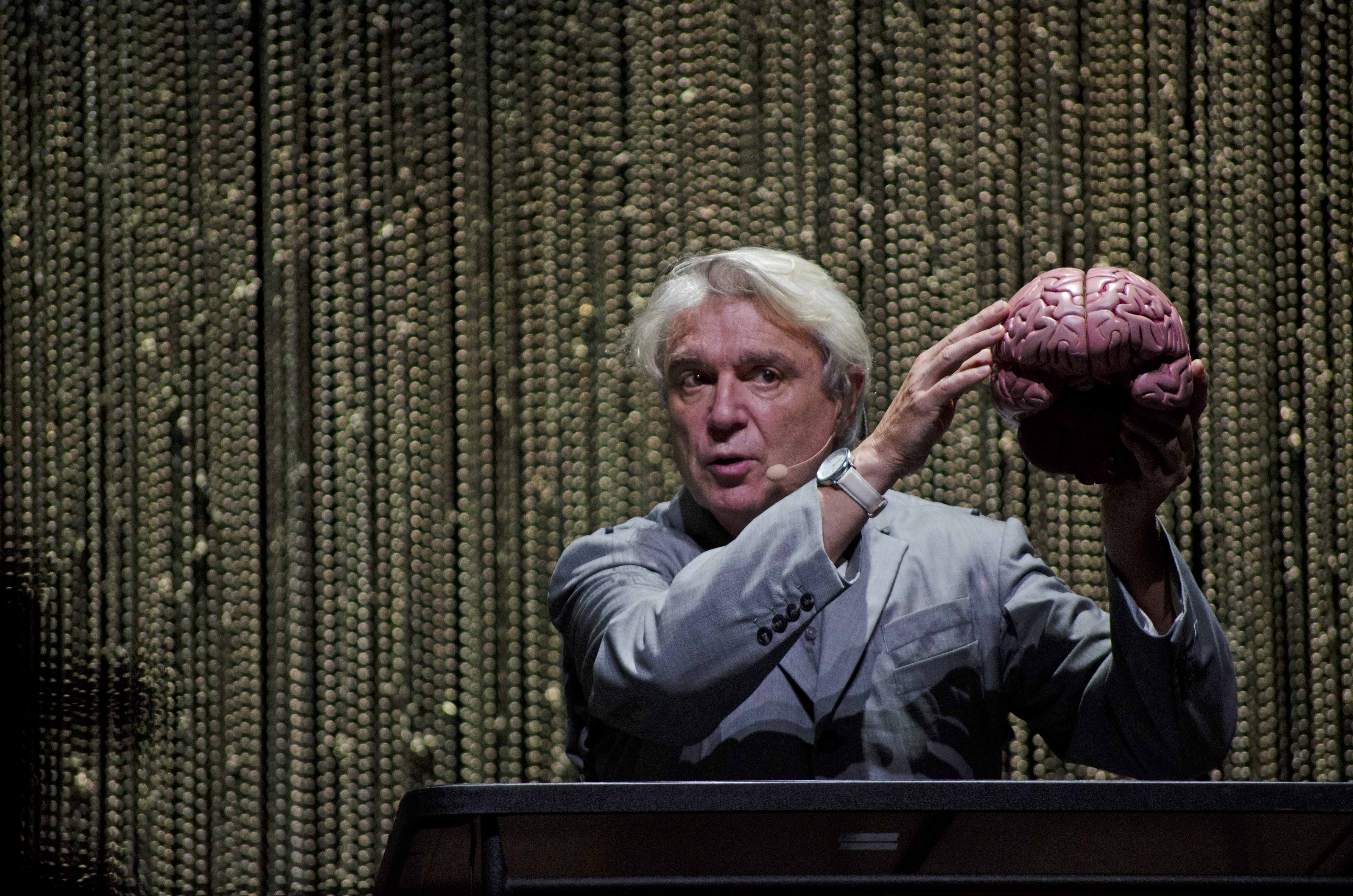 Getting weird was all part of the fun on the first major day of events of Ottawa’s CityFolk Festival. Between the electronic funk of Tune-Yards and the theatrical pop of David Byrne it was easy to let it all out. 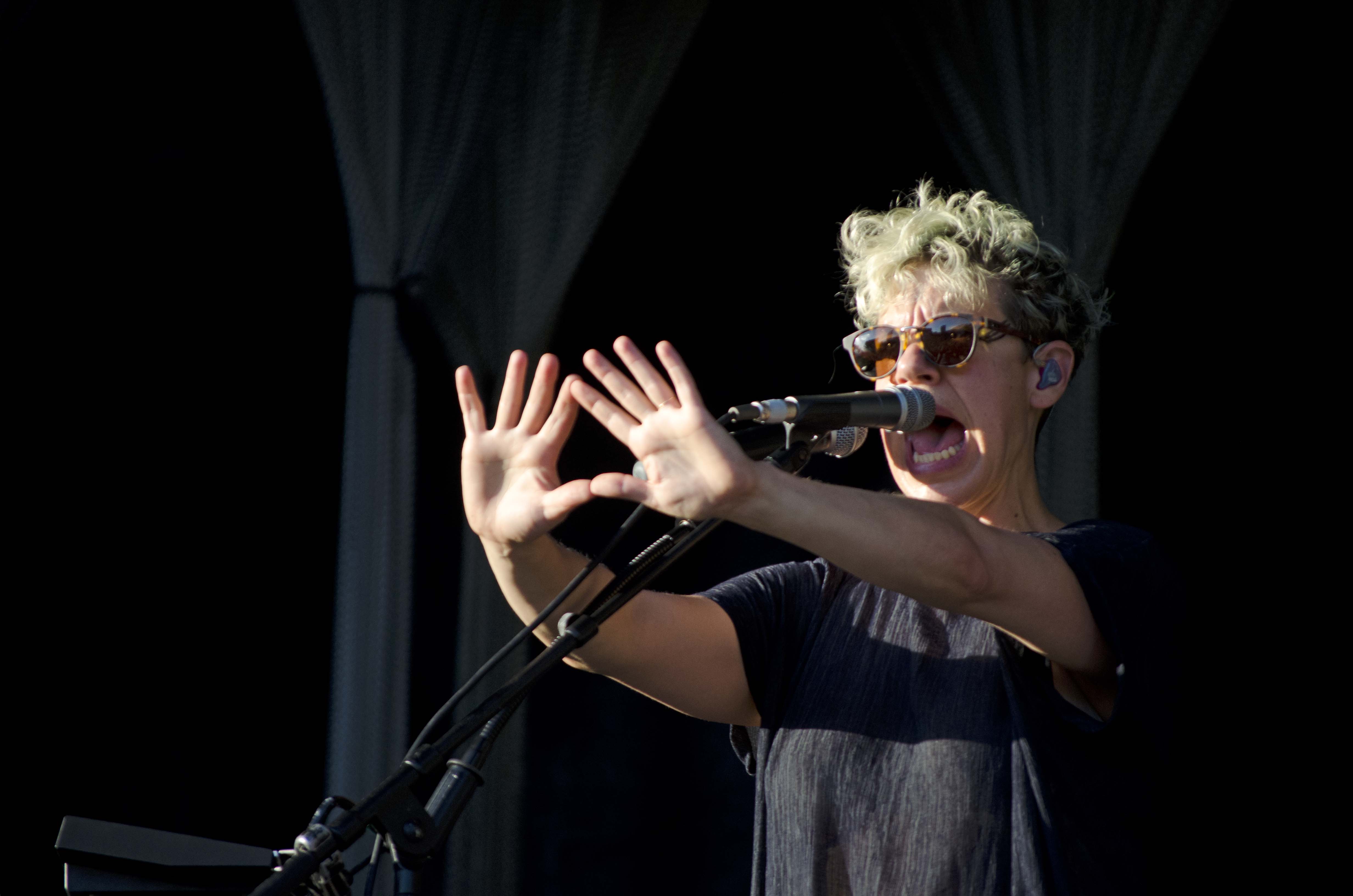 Within seconds of taking the stage, Merrill Garbus was twisting sounds every which way and moving about the stage like a force of nature. As she shifted into “Look At Your Hands” Garbus was yelling into her ukulele to elicit crazy effects over and over between all her crazy arm flailing. She had the crowd chanting through “ABC 123” with every little dance beat setting people into a frenzy. 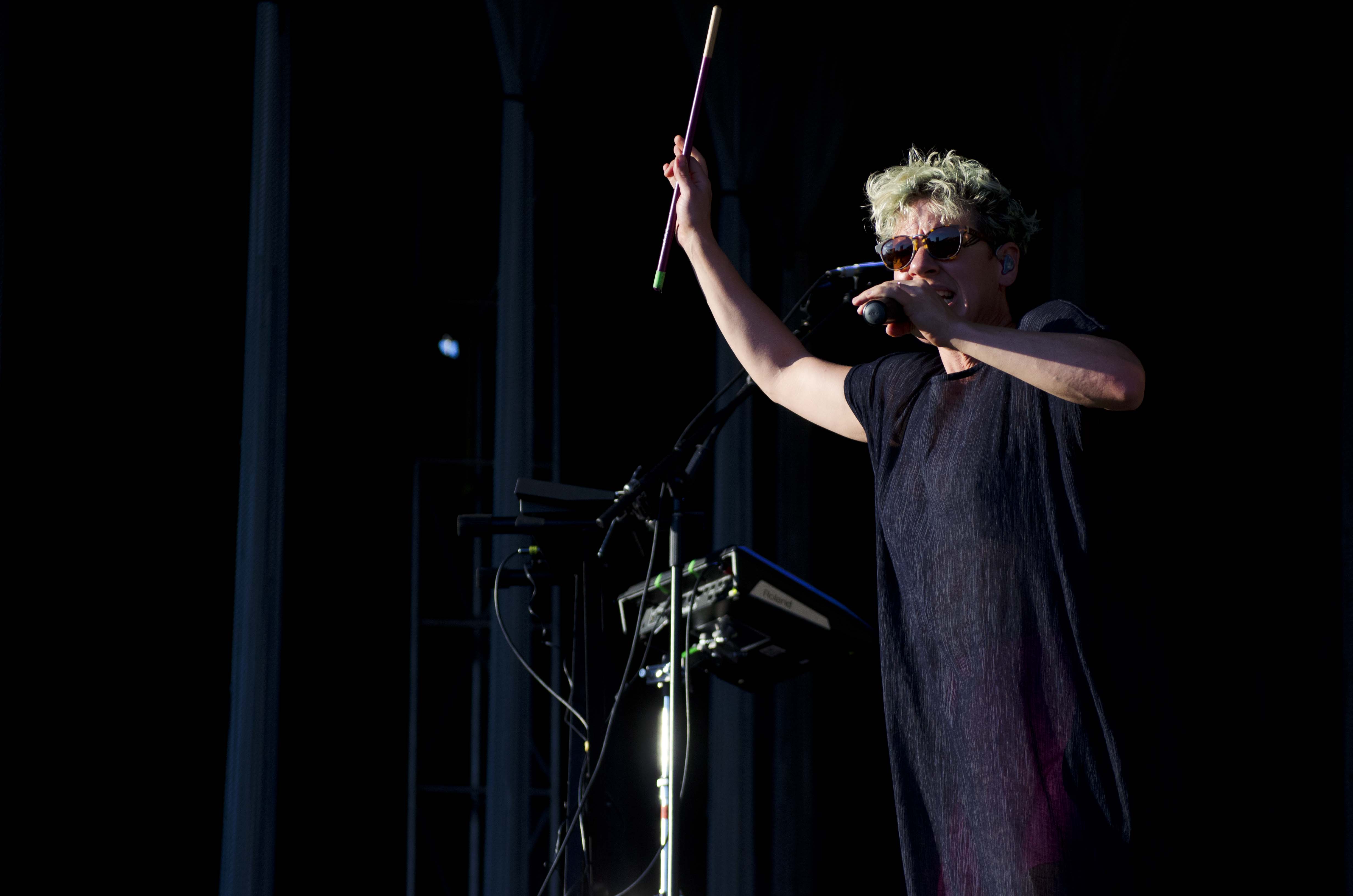 The frantic fury of “Water Fountain” had even Garbus cutting loose more than usual, as she traded chants between herself and the crowd. The changes to “Colonizer” and “Coast To Coast” had things really bumping while the band kept straddling new sounds with exciting dance energy. Garbus’ freaky vocals on “Gangsta” saw her smiling as much as the CityFolk crowd did before “Heart Attack” closed the set on its club-driven height. 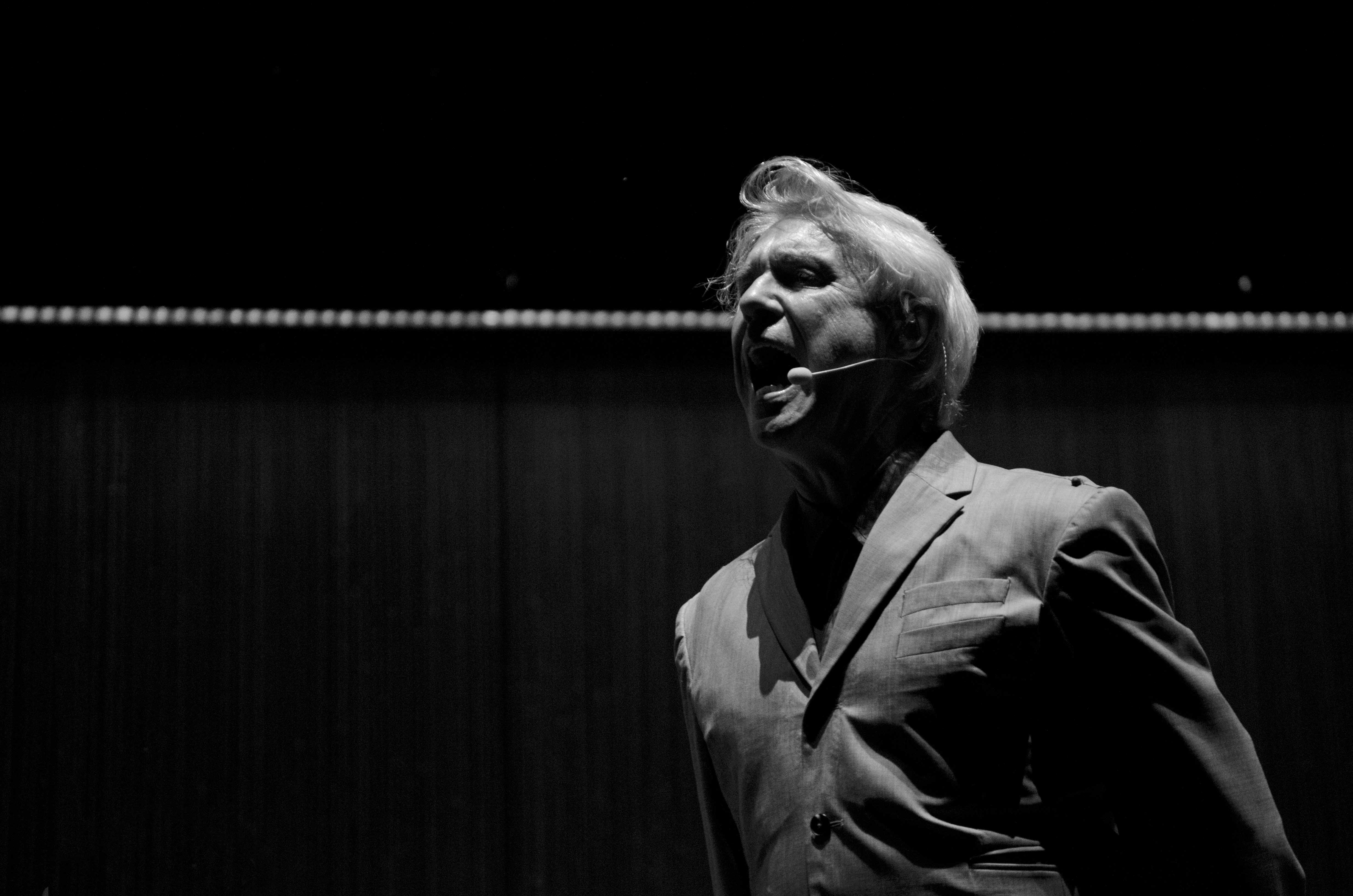 With a brain in his hand, David Byrne started his set on “Here” while the stark lighting and chains around him created an immense sense of grandeur. After some more grooving, Byrne dropped into “I Zimbra” with raucous chants, his band’s colossal rhythmic energy and more choreography than you could believe. Before the crowd could even relax again, “Slippery People” had dance moves bouncing back and forth between the band, dancers and audience. Byrne alternated between walking towards a light and facing off with his band on “I Should Watch TV” as he gave a new performance edge to his work with St. Vincent.

“Dog Mind” saw Byrne and his 11-piece band slowly moving up from the back of the stage, but it was “Everybody’s Coming To My House” that had people freaking out as Byrne’s hip swings were iconic and animated. David leaned into the wild moves on “This Must Be The Place (Naive Melody)” alternating forwards and backwards with the band and crying out with the audience. Byrne wobbled about the stage like in “Stop Making Sense” during “Once In A Lifetime” as his band elevated all the little moments in the song to a larger-than-life experience. Even obscure collaborations like “Toe Jam” had the crowd bumping, with the sheer force of the group behind Byrne, and his insistence that the group was all playing their own music. 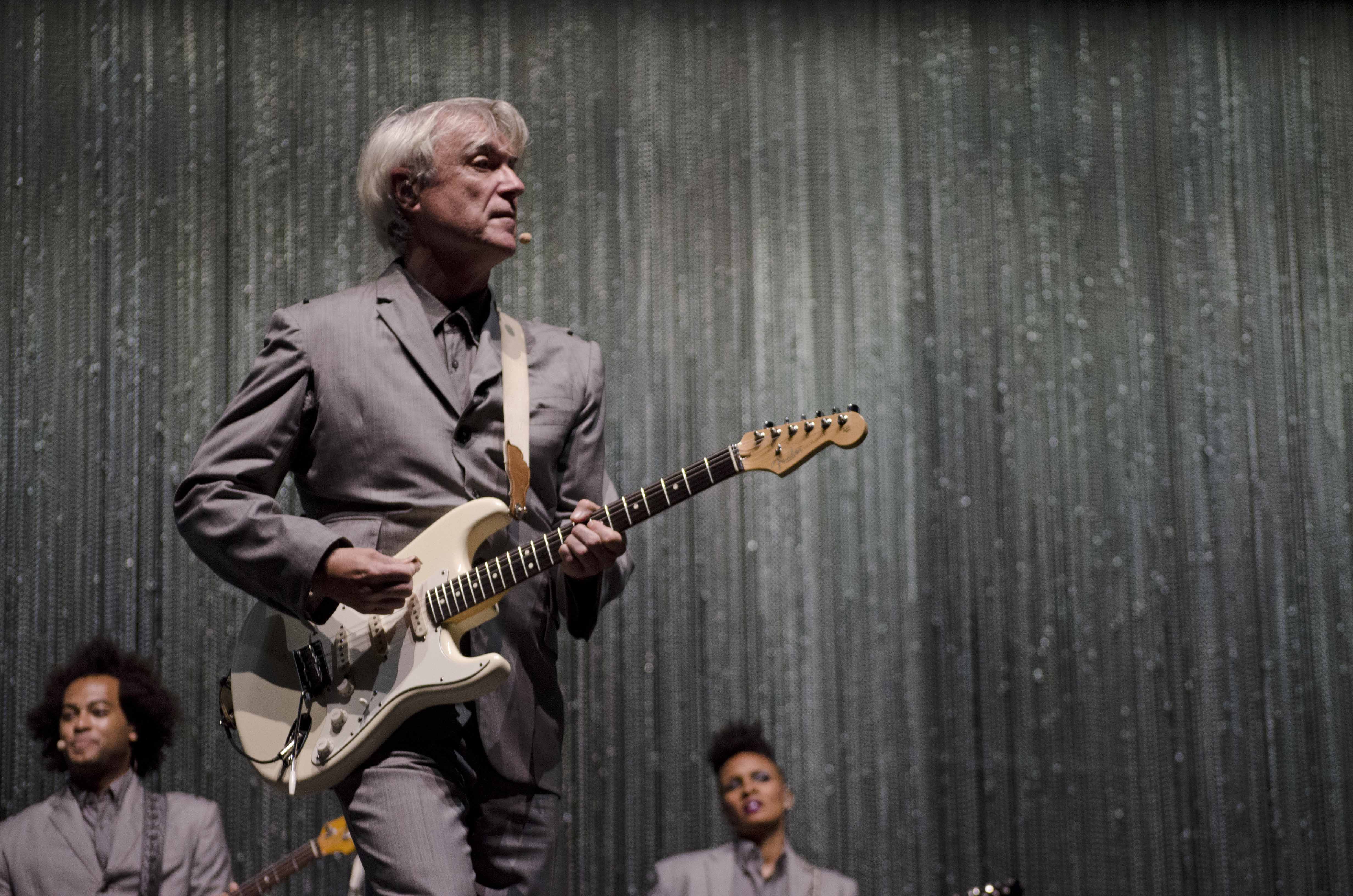 The heat was on for “Born Under Punches” with the massive drumming core bringing each little beat out in full force. “I Dance Like This” saw Byrne alternating between shy, quirky verse and avant-garde electronic breakdowns. With his solo material done, “The Great Curve” was divine, as the expansive production behind the song could be realized between every member on stage, and David traded solos with his guitarist. As the CityFolk crowd’s chanting died down, Byrne called Ani DiFranco and Garbus out on stage to perform Janelle Monáe’s “Hell You Talmbout” as he lamented how sad it was that the song’s message against police brutality rang too true still. Though it was an unprecedented way to close out his set, the CityFolk crowd was behind him 100 per cent and were chanting the names of victims as the drums and choruses boomed out into the night.