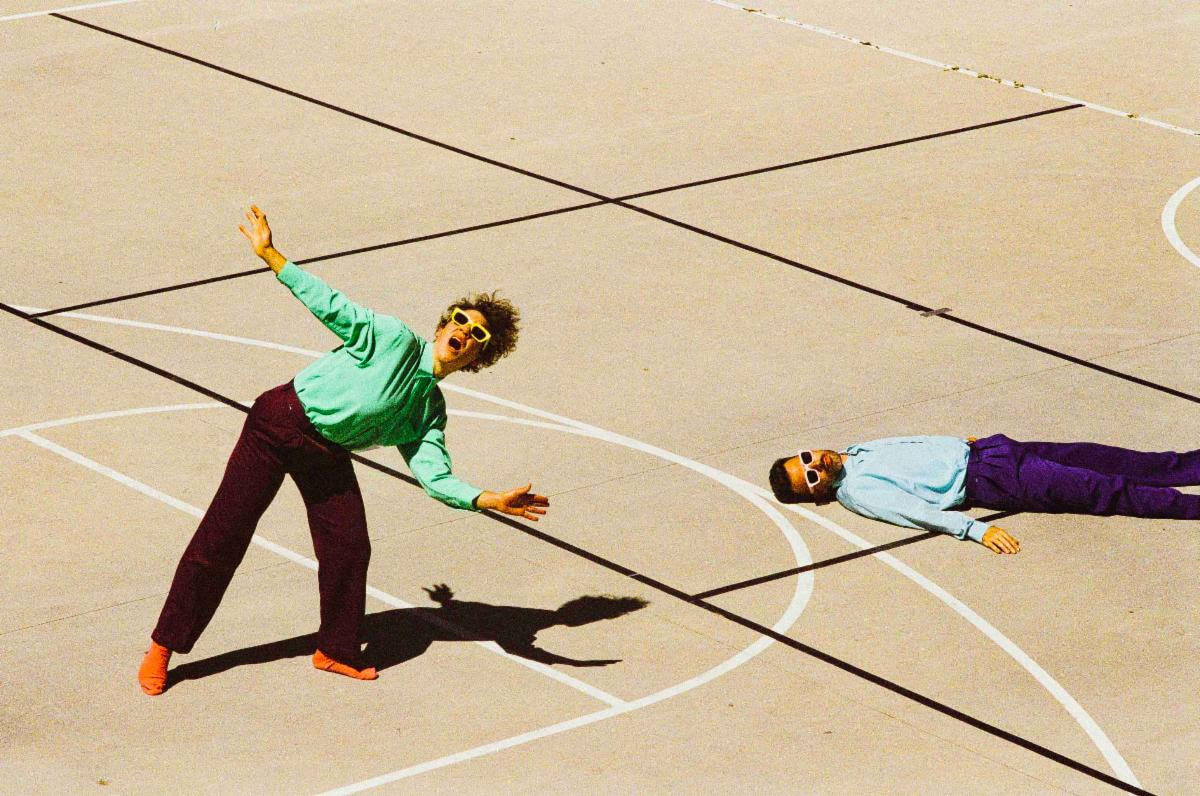 Tune-Yards’ forthcoming release sketchy, will drop on March 26, 2021 via 4AD. Ahead of the album’s arrival, the duo which includes Merrill Garbus and Nate Brenner have shared the single “hold yourself.” and its accompanying animated video directed by Basa Studio.

Beneath the layered sounds of “hold yourself.” lies Garbus’ most explicit lyrics she’s ever written; a clear-eyed moment of grief and simmering rage that builds from the song’s calming introduction to its explosive culmination. “This song is about feeling really betrayed, by my parents’ generation, and at the same time, really seeing how we are betraying the future,” Garbus explains.

Tune-Yards have released four albums, traveled the world relentlessly to play live shows, and composed the psychedelic score to Boots Riley’s Sorry To Bother You. “We had really been non-stop hustling,” Merrill reflects. “And when we’re hustling, we’re complicit in all of the systems that I really don’t believe in.”

Interrogating these systems and her role within them had left Merrill feeling heavy with grief and lost about how to move forward. The duo pressed on, inspired by the Beastie Boys Book and Questlove’s Creative Quest, and began jamming daily for hours in their home rehearsal studio “like athletes”. They ditched computer screens for live instruments (Merrill on drums, Nate on bass) and before long full songs started to emerge.